Who is Reed Hastings? Charting the career of TV streaming giant Netflix’s CEO

Through his innovative management style and willingness to embrace technology, Netflix CEO Reed Hastings managed to create a multi-billion dollar company initially out of posting DVDs 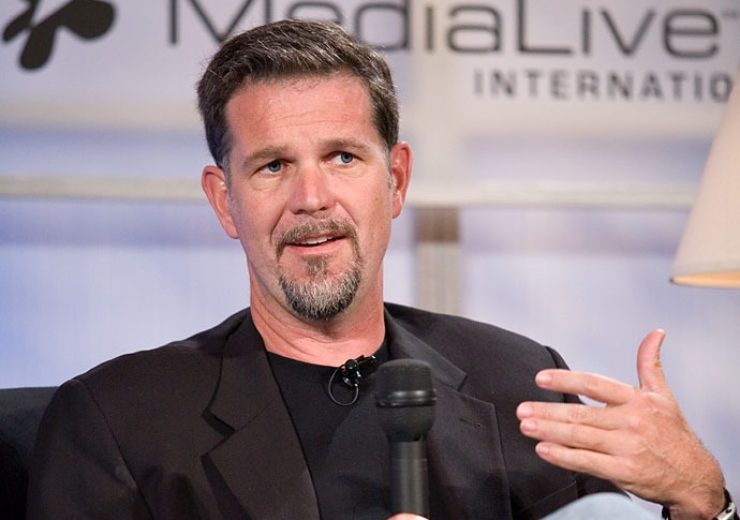 Netflix CEO Reed Hastings may not be as well known as other Silicon Valley chiefs but, with a net worth of $3.7bn (£2.93bn), the US entrepreneur is among the richest.

Mr Hastings co-founded Netflix as a DVD rental service in 1997 and has since transformed it into the world’s most popular film and TV streaming service, with revenue of $15.8bn (£12.5bn).

He is credited with having an innovative management style, which is now used across the company and allows employees extra freedom and responsibility, as well as revolutionising the way we consume entertainment online.

Who is Reed Hastings? Early career in tech

Mr Hastings graduated with a master’s degree in computer science from Stanford University.

He began his career as a software designer for Adaptive Technology, before going on to found his first business Pure Software in 1991, which created debugging tools for computer programmers.

The company rapidly grew, doubling its revenue every year.

Mr Hastings claimed in an interview for Inc. that heading up Pure Software taught him how to be a businessman, adding that “management was my biggest challenge”.

The company was acquired by Rational Software in 1997, which gave Mr Hastings the necessary funds to set up his next company – Netflix.

Mr Hastings claims the idea for Netflix came after he racked up an excessive late fee for borrowing a copy of Apollo 13 from a movie rental store.

In a piece for the New York Times, Mr Hastings said: “I owed the video store $40. I had misplaced the cassette. It was all my fault.

“I didn’t want to tell my wife about it and I said to myself, ‘[Am I] going to compromise the integrity of my marriage over a late fee?’

“Later, on my way to the gym, I realised there was a much better business model – you could pay $30 or $40 a month and work out as little or as much as you wanted.”

Netflix, co-founded by Mr Hastings and Marc Randolph in 1997, began as a mail-order film rental company with 30 employees and 925 titles.

It capitalised on the recently-invented DVD format, which was easier to post than the clunky VHS, had no late fees and allowed customers to select the films they wanted online rather than going into a store.

In 1999, it switched to a subscription model, allowing for unlimited rentals for a single flat fee.

The growth of Netflix and switch to streaming

The number of Netflix subscribers reached 5.6 million in 2006.

Throughout the early 2000s, the company was reinvesting 2% of revenue each year into video streaming, with the hope it would lower its mailing costs.

At the time, Mr Hastings said: “We want to be ready when video-on-demand happens. That’s why the company is Netflix, not DVD-by-mail.”

After a decade of DVD rentals, and following the delivery of its billionth DVD, Netflix launched its video streaming service.

Mr Hastings said: “If we can transform the movie business by making it easier for people to discover movies they will love and for producers and directors to find the right audience through Netflix… that’s enough for me.”

He is also credited with giving employees a range of perks, the choice of compensation in stock or cash, and granting them the option to manage their own vacation time.

The company has continued to grow since making the switch to a streaming service and Mr Hastings now heads up a company with 7,100 employees, almost 150 million subscribers and a global revenue of $15.8bn (£12.5bn).

Mr Hastings has previously served on the board for social media giant Facebook, having been first appointed to the role in 2011.

However, he will not be nominated for re-election at this year’s shareholder meeting due to Facebook’s emergence as a competitor to Netflix with the launch of its own video-streaming services.

He is also actively involved in educational philanthropy and, in 2016, announced the Hastings Fund, which has pledged over $100m (£79m) to children’s education.