The UK’s top 10 CEOs – voted for by their employees

Jobs website Glassdoor's Top CEOs 2018 list has been revealed and unlike other rankings, it is based on feedback from the company's own employees. This year's top ten features the likes of Salesforce founder Marc Benioff, Microsoft CEO Satya Nadella and Taylor Wimpey's Peter Redfern 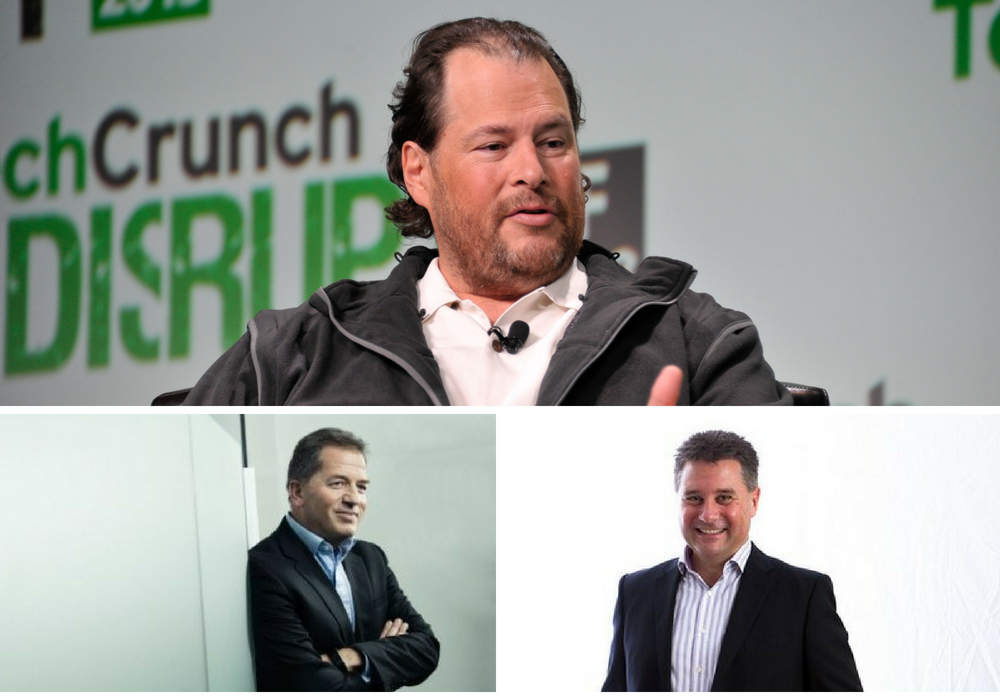 When disaster strikes for a business, it is the person at the very top who must take the blame.

So it’s perhaps only right they gain the credit when things are going well – as those in a new list of top bosses have.

Jobs website Glassdoor has its Top CEOs 2018 list, ranking the 50 top-rated leaders at companies with a presence in the UK.

In determining the rankings, Glassdoor not only took into account the revenue and company goals, but also opinions from former and current employees.

The list featured CEOs and managing directors from companies as wide-ranging as Facebook and Microsoft to Capital One and Taylor Wimpey, spanning industries such as technology, food and drink, finance, manufacturing, construction and recruitment.

Glassdoor co-founder and CEO Robert Hohman said: “Winning a Glassdoor Top CEO award is a true acknowledgement of exceptional leadership, as it reflects the opinions of the employees who work with a chief executive every day.

“I congratulate all of this year’s winners on this significant achievement.

“It can be a real recruiting advantage to have a top-rated CEO at the helm of a company who has strong support from his or her employees.

“The best CEOs are inspiring, trustworthy, innovative and can be great motivators for people to bring their best selves to work.”

Here’s all you need to know about the top ten CEOs, and the companies they run.

Employees at the company – which trades as Sky Bet – said Mr Flint was approachable and there was clarity about how the business was doing.

Mr Flint said: “I’m so pleased to receive this award, particularly one that’s voted for by colleagues here at Sky Betting & Gaming.

“Our business, both commercially and in size, has come a long way in a short space of time, in an industry that is undoubtedly evolving like never before.

“It’s been such a privilege to be part of a strong and supportive leadership team, maintaining the unique culture that we all value and I look forward to the next chapter in the Sky Betting & Gaming story.”

Satya Nadella has been the CEO of Microsoft since 2014, following a previous role as the executive vice-president of Microsoft’s cloud and enterprise group.

Mr Nadella has already made five other lists for his great work.

The tech company was founded by Paul Allen and Bill Gates in 1975 and it delivered $90bn in revenue and $22.3bn in operating income in 2017, and are continuously working to better its services.

The CEO and co-founder of credit card specialist Capital One is billionaire Richard Fairbank.

He launched the bank holding company in 1994 and has since been awarded magazine Washingtonian’s business leader of the year, and has made it onto other influential and business leader lists.

Mr Fairbank receives around $22m annually in returns from his shares.

The company, which is famous for its graduate programme, employs almost 1,000 people at its UK headquarters in Nottingham and has another office within London’s “Silicon Roundabout” tech hub.

In 2016, 62% of the company revenue was from credit cards, 26% was from consumer banking, 11% was from commercial banking and 1% from other sources.

Marc Benioff is an American internet entrepreneur, author and philanthropist.

He is the founder, chairman and CEO of the enterprise cloud computing company Salesforce.

Today, Salesforce is worth roughly $100bn.

Tim Kidd has been the company’s managing director since 2008.

He has ranked fifth on the Glassdoor list, making him the highest-ranked business leader in the market research sector.

The Oxford University graduate received an approval rating of 99% from voluntary reviews shared by his employees on Glassdoor.

Andy Ransom has been CEO at Rentokil Initial since 2013, having previously served as managing director of its pet control division.

The British business services group has been around since 1925 and is listed on the London Stock Exchange – as well as being a member of the FTSE 100 Index.

The CEO of the life insurance and pension company Royal London has been in charge since 2011.

Before landing his current role, Phil Loney was previously at Aviva, AXA and Scottish Widows.

Royal London was first founded as a friendly society in 1861, and now boasts £114bn of funds under management

It wrote £12bn of new business over the last year and has 8.8 million policy holders and over 1.2 million members.

Along with its subsidiaries, the company is now one of the largest mutual insurers in the UK.

From consultant to CEO, Oliver Harris worked his way up through the ranks in Robert Walters and became CEO of Resource Solutions in July 2010.

Before that, Mr Harris had been pursuing a career in banking.

Speaking on Robert Walters’ website, he said: “I was thinking about a career in banking and had actually gone to register as a candidate at Robert Walters.

“But I was blown away by the drive, energy and passion of the consultant interviewing me – so when he asked me to consider a career in recruitment I was very open to finding out more.

“In 2004 I became managing director of the whole of the UK’s contract recruitment business and took the South Africa business under my wing too.

“I ran that business for a number of years until I moved to Resource Solutions as CEO four years ago.”

In 2017, Resource Solutions achieved revenue growth of more than 27%.

The company has an established foothold in the US, with plans to expand in the world’s largest recruitment market.

Metro Bank is a retail bank operating in the UK, and was founded by Vernon Hill in 2010.

It was the first high street bank to launch in the UK in more than 150 years.

Craig Donaldson has been CEO since the beginning.

He had previously worked at Royal Bank of Scotland Group since 2005.

Under his management, Metro Bank increased its account holders by 50% in the first half of 2013 to take its number of customer accounts to 200,000.

Metro Bank is also the only high street bank to be recognised on Glassdoor’s 2018 Best Place to Work list.

Taylor Wimpey is one of the largest British-based house building companies and behind it all is Peter Redfern, who has been CEO of the company since July 2007.

Mr Redfern has had other roles within the company prior to his position as CEO.