Steve Howard: The ex-pro footballer now helping other stars to plan for retirement

Ex-footballer Steve Howard is using the experience he gained in buying properties during his playing days to run a business in which he helps set up current pros for life after retirement from the game, he tells Dan Robinson 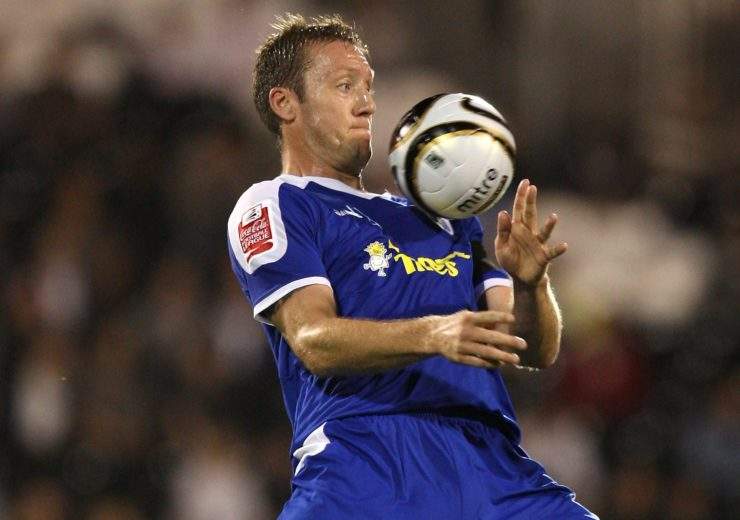 Steve Howard during his playing days for Leicester City

He’s played in front of 90,000 people at Wembley and scored at Old Trafford in the Premier League – but now Steve Howard works 9-5 in an office just like many of those who used to worship him in the stands.

Except the retired professional footballer isn’t doing any old job, as he has found a new passion that keeps him close to the sport he loves as much as he did during a career in which he scored 228 goals in 788 appearances.

The 42-year-old, who played for clubs including Leicester City and Derby County as a striker, is one of the few but increasing number of ex-footballers who have gone on to become an entrepreneur.

His three companies include Platinum Capital Investments, which provides a consultancy service to current footballers about how to invest their money so they are set up once their own playing days reach the inevitable conclusion.

“I’d always wanted to go into business,” admits Steve, 42. “Throughout my career I had properties so I knew I’d do alright because I’d prepared for retirement.

“It’s a massive thing when you come out and think ‘what do I do now?’ I was prepared and yet it was still a huge shock because of the routine I’d been used to for 22 years.

“So I’m trying to educate young players about how they need to set themselves up for retirement and make sure they have another income.

“If it worked for me then it can for others.”

Beginning working life as a roofer, County Durham-born Steve was playing for non-league Tow Law Town – the same club where Chris Waddle began his career – when he was picked up by Hartlepool United, aged 19.

He went on to have spells at Northampton Town, Luton Town – where he scored 103 goals in 228 games as he took the club from League Two to the Championship – Derby, Leicester and Sheffield Wednesday, before returning to Hartlepool at the end of his career.

“I remember winning my first pro contract – I’d been playing for Tow Law in front of 250 people one game and then three or four weeks later, I was at Highbury playing in the League Cup for Hartlepool.

“I was a midfielder back then and was marking Paul Merson – he went off and on came Ray Parlour instead!

But, as with any professional sportsman, the end had to come and when Steve retired in 2014, aged 38, he still had to provide for his wife Alexandra, 32, and children Evan, 15, and Isobel, 11.

Thankfully, he had already begun his entrepreneurial journey when he bought his first property 17 years earlier.

He recalls: “I got one house and rented it out. Then I told myself I wouldn’t mind a second one, and then it became five.

“I’ve now got 40, mainly around the North East and six abroad.”

But it is Platinum Capital Investments, set up six years ago “by accident” while he was still playing, that gives him the most pleasure.

Steve says: “I had a property company and then had teammates coming to us asking me to help them buy a house.

“I was doing it to be a good mate and then I realised I could make something out of this.

“It started off with mainly League Two lads. I thought if they can come out of the game with one or two properties then at least they have something to fall back on for when they retire.

“Now, about 75% of the players are Championship. Their wages are probably what we were on when I was in the Premier League ten years ago because of the way football has changed, so they have the money to really build a good portfolio. We’ve also got 14 Premier League players.

“It’s built through word of mouth. If one lad in the dressing room is buying property, then another will ask how they did it and will recommend they speak to me.”

Overall, Platinum now works with about 90 clients, including 80 footballers – aged anything from 20 to 35, but mostly in the mid-20s – and the remainder private investors.

He has a team of about 12 working from an office on the Lambton Estate, in Chester-le-Street, County Durham, including two business partners.

One is Peter Kirkham, a former Newcastle United and Darlington footballer, who quit the game after being released at 23 and went on to work in sales and set up a gas and electric company. The other prefers to remain anonymous.

Steve says: “When I sit down with the lads, I say ‘look at my business partner – he came out with nothing and I’ve come out with 40 houses’.

“They’ll quite often say ‘I wouldn’t mind 40 houses’ so we steer them in right direction like a consultant, and try to educate them a bit.

“We’ll say ‘one thing might work for these lads, but not for you’, and then hold the player’s hand all the way through the process.

“I’m not their financial advisor – I don’t have any qualifications and they have their own accountants and solicitors – I just tell them my story and show them how to do what I did.”

Steve’s relationship with the PFA is an important one because he has tried to get the message across that these men, who have only ever known the world of football since they were a teenager, need more education about life beyond the sport.

Football history is littered with sublime talents who have suffered from depression, addictions and even been pushed to suicide during retirement.

Gary Speed’s death at his own hands in 2011 shocked the football community and at least got the conversation underway about how to deal with mental health in the game, but more needs to be done from an earlier point, says Steve.

He adds: “It’s getting better and the more lads you speak to, the more they’re prepared for the end of their careers, but they should be taught from scholar level, which they aren’t.

“With the amount of money even in the Championship, the lads are going out buying cars and all sorts.

“Fair enough, they’ve got to enjoy their money but in the background you have to have something ticking over to fall back on.

Transitioning into 9-5 life for Steve Howard

A footballer’s routine typically involves training throughout the day, conducting media duties, travelling across the country or further for matches, and working every weekend under the intense microscope of tens of thousands of people inside a stadium.

So the transition into a “normal job” for those who choose to leave the game can feel like an entirely different planet.

But Steve says he actually quite enjoys the 9-5 life.

“I never wanted to be a manager or coach – it didn’t interest me at all – but this job keeps me in football while out of it at the same time because I know what’s going on in the game.

“I love it because I know fine well I’m helping lads out and I just want to get as many of them sorted out for them when they retire as I can.

“When you stop playing, you know you’ll never get that high you get from scoring in front of 80,000 people so you need something to focus your mind on.”