As if the tournament needed its rivalries exacerbated any further, here we rank the Six Nations 2019 teams by the value of their respective sponsorship deals 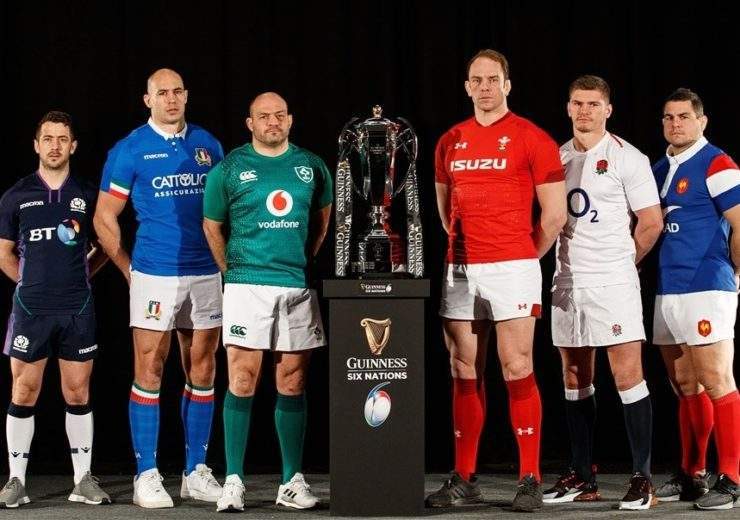 Few dates in the rugby calendar showcase international rivalry quite like the Six Nations, and the tournament’s 2019 sponsors will be hoping this year proves just as compelling.

As recently as 2017, England’s annual fixture against Ireland reached 8.9 million viewers, making it one of the most-watched sporting events in the UK that year.

Here we rank each team in this year’s event by their accumulative sponsorship value, with observations from sports marketing intelligence firm Sportcal‘s head of sponsorship Conrad Wiacek.

Despite finishing fifth in the tournament last year, England top the list for total sponsorship value in 2019, generating more than $42m (£32m) annually.

Conrad says: “While a poor performance in the last Rugby World Cup certainly had an impact in terms of TV audiences for the tournament, the England rugby brand has remained strong with positive performances under Eddie Jones providing encouragement ahead of the 2019 Rugby World Cup.

“The Rugby Football Union has managed to secure an increase on its title sponsorship with O2 and renewing key deals with Canterbury, while also adding the likes of British Airways to the sponsorship stable.

“Winning the 2016 Grand Slam and the 2017 tournament will have certainly helped in that regard.”

France have the second highest sponsorship value of any team in the tournament, with their various deals generating more than $32m (£24.4m) every year.

The team’s most valuable partnership deal is with their new shirt sponsor construction business Altrad Group, which is worth more than $8m (£6.1m).

They are also generating $6m (£4.6m) a year through their renewed deal with French sportswear firm Le Coq Sportif, which previously sponsored its national team between 1980 and 1986.

“While the domestic game in France is strong, the national team has suffered from poor performance and lower expectations in recent years,” says Conrad.

“However, with the 2023 World Cup to be hosted in France, the French Rugby Federation has used this to drive significant sponsorship deals with Le Coq Sportif and Altrad Group signing significant agreements through to 2024.”

Despite not having won the tournament since 2013 with a famous victory in Cardiff over England, Wales rank close behind France on this list.

The team have a total sponsorship value of more than $23m (£17.5m), with their deal with sports clothing and equipment company Under Armour contributing the largest portion – $5.2m (£4m).

Also in their sponsor stable is athletics brand Fanatics Authentic and banking firm Principality Building Society, whose deals are worth $4m (£3m) and $2.3m (£1.8m), respectively.

Principality’s partnership includes having the name for the Millennium Stadium, the home of the Welsh rugby team.

After a powerful showing last year that included multiple historic wins, Scotland have also begun to climb the sponsorship rankings, coming out ahead of Ireland and not far behind Wales this year with a combined value of $21m (£16m).

Leading their sponsorship deals in terms of value are telecoms giant BT at $8m (£6.1m) and French catering firm Elior at $4m (£3m).

Despite strong performances in the majority of their recent Six Nations appearances, Ireland rank fifth for total sponsorship value with a total value of just under $18m (£13.7m).

Ireland could soon be expected to propel up the Six Nations sponsors rankings once it gathers around the negotiating table for new deals.

Conrad says: “It is perhaps surprising that Ireland are fifth behind Scotland in the list given their recent success in the Six Nations, winning three of the last five editions of the tournament.

“The deal with Vodafone remains the IRFU’s largest sponsorship deal, but a large portion of Ireland’s deals are long-term deals, so less susceptible to variations in performance.”

Though the team has put on some strong displays in recent years, Italy’s fortunes in the Six Nations have remained relatively poor, to the point where there is even talk of them being replaced by the increasingly impressive Georgian team.

The total value of Italy’s sponsorship deals is more than $5.2m (£4m), with the lion’s share of this coming from a $2.5m (£1.9m) deal with Italian insurance and pensions firm Cattolica Assicurazioni.

“Italy come bottom of the sponsorship table, a position they tend to occupy in the Six Nations table having finished last in 13 of the 19 editions they have competed in,” says Conrad.