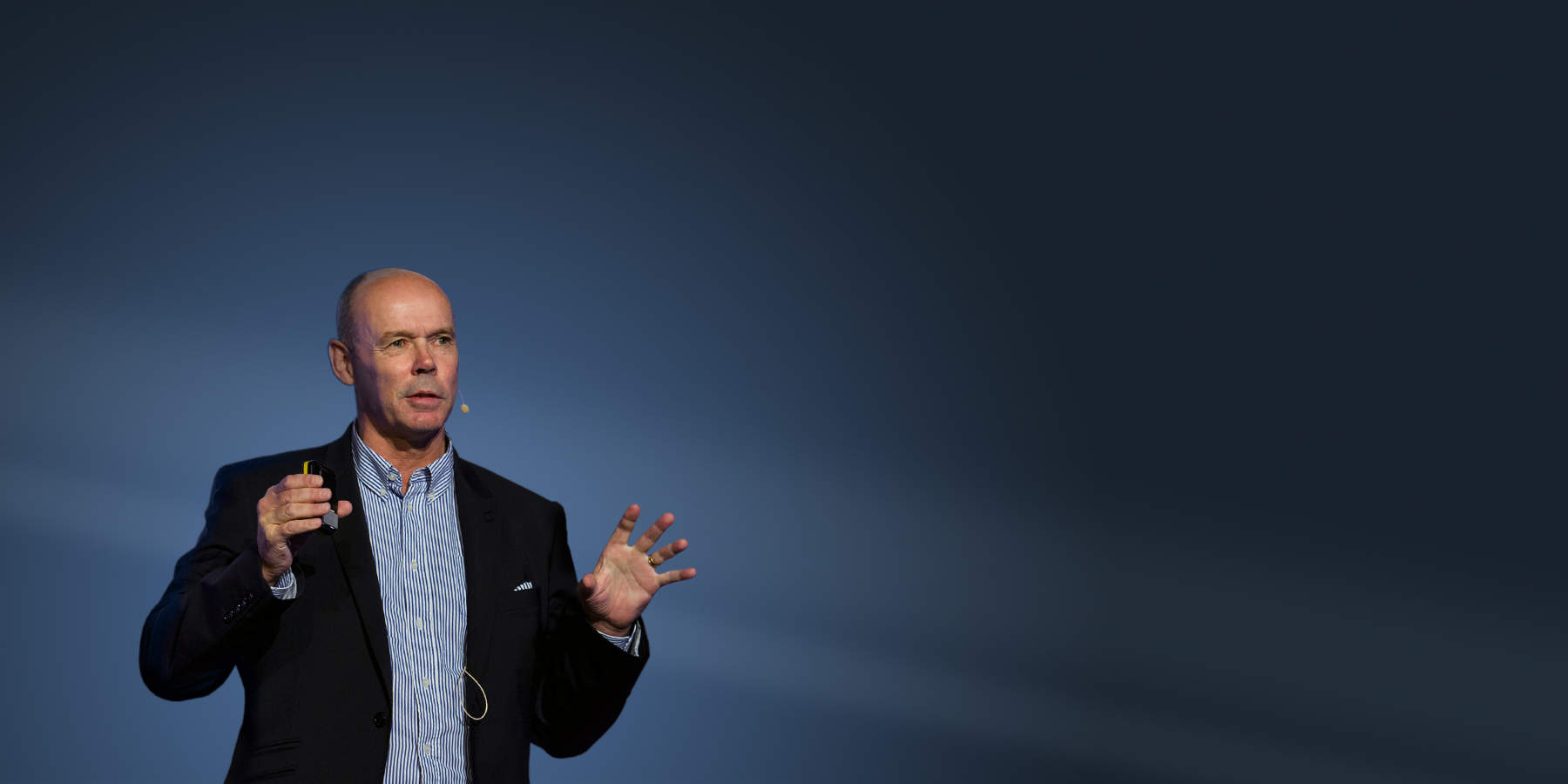 When Sir Clive Woodward took over the England rugby team more than two decades ago, he split his players into two categories – “sponges” and “rocks”.

Those that absorbed information – the sponges – were kept on, while those with rocks between their ears, making them resistant to new learnings, were discarded.

It’s a lesson the Rugby World Cup-winning coach believes business leaders can learn from when moulding together a team that can take companies forward in the age of digital transformation.

Speaking today at a Microsoft Art of Work event as part of London Tech Week, Sir Clive said: “The way I leveraged talent is by categorising every player as either a sponge or a rock.

“Great team make great individuals but the secret of their work is you need every individual in your team to have a sponge between their ears and a thirst for knowledge.

“If you have a rock in your team, the chance of beating someone with more talent than you is greatly reduced.

“When you join sports teams or businesses, you’re usually a sponge but people can drift into this rock-type person.”

Sir Clive is no stranger to the corporate world, having worked in businesses for 16 years before and after his coaching career, which reached its pinnacle as England rugby head coach from 1997 to 2004.

But he said he learned more from the sporting world than corporate life, saying his biggest lesson was “talent is never enough”.

“It has to be seen as a starting point, not the finishing position,” he said. “It’s so important to build your best team, not just relying on individuals.”

When he took over as England boss, the team was ranked sixth in the world, with a general belief than the likes of New Zealand and Australia had more talent than his country.

One of the first things he did was to give every player a laptop to mould the best IT team in the sport.

He admitted to being ridiculed in the media at first due to the bizarre sight of seeing key players like Martin Johnson and Lawrence Dallaglio carrying around laptops rather than charging into tackle bags.

But it was all part of sussing out who the sponges and rocks were in the squad.

Sir Clive said: “Rocks just fold their arms, cross their legs and say ‘this is nonsense. He’s not going to be here for very long’.

“Some of those players didn’t stay for very long.

“But the others took technology to a whole new level and it meant they were ready to take in new ideas.”

He was first shown how the technology worked by Arsene Wenger, who pioneered data analysis within football after becoming Arsenal manager.

Now, every rugby player wears an electronic chip in the back of their shirt to track fatigue, movement and heart rate using GPS technology – but at the turn of the millennium, data analysis was barely known about.

Sir Clive recalled: “I’d never heard of it at the time but it was one of the best days of my coaching life.

“There were about 12 of these incredibly expensive cameras around [Arsenal’s former stadium] Highbury and when players ran on the field of play, the individual cameras picked up various features on each player.

“It was the most amazing thing I’d ever seen and I’d have sold my house to get hold of this technology.”

Thankfully that wasn’t necessary but Sir Clive did manage to introduce the technology to his squad and it was debuted in a match against France at Twickenham, two years before England would play the same team in the semi-final en route to lifting the World Cup for the first time.

“We were getting the most amazing data on every single player,” he said.

“Who was running furthest and fastest, who was being lazy and not doing their job.

“There was total silence in the room when I first showed this to the team. This wasn’t a good bit of software for them – no longer could they say they were doing this and that, we had them hook, line and sinker.

“For the first time, these teams with mystical powers came to Twickenham and we had real data on the opposition.

“I’m suddenly realising they were no different to us and it blew away the mystique. They didn’t know we had the software.

“And because the players had the IT skills, they could use it.

“It changed the whole dynamic and suddenly the players were thinking about how they played the game.

“I can never speak loud or proudly enough of players like Martin Johnson and Lawrence Dallaglio, and the reason they became such great leaders was because their knowledge and understanding of the game went through the roof.

“They were talented, but being sponges took them to a completely new level.”

Breaking down what a job involves

After leaving rugby coaching in 2005, Sir Clive dabbled in football and then was director of elite performance for the British Olympic Association until 2012.

Since then, he has forged a career as a business coach and set up his own business Hive Learning, a collaborative learning platform for organisations, in 2012. It now employs 60 people in Hammersmith, London.

When it comes to passing on his leadership tips, the 62-year-old said: “I broke rugby down into seven different areas – defence, basics, pressure, attack, tactics, self-control and leadership.

“If I’m coaching a business person now, I ask them to imagine we’re writing a book together and say the most important page is the contents.

“What would it include in seven to ten key headings? You can break down any job into categories like that to give you a sense of direction.”

Sir Clive has a “4D learning” system to help business leaders get the best out of their team.

Do – Go hard on getting the execution right

Digital – embrace technology to continue learning every day to improve

Explaining the first D – discover – Sir Clive said he often invited other successful people, including hedge fund managers, head teachers and executives from companies like Marks and Spencer, to sit in on discussions with his England squad.

“They’d spend 24 hours with us and sit at the back of the room observing,” he said.

“By the time they left, I’d just ask them to give me one idea or a suggestion of something I could do better.

“I invited 50 people individually and they all gave me at least one idea, which helped me to improve all the time.

“You must never, ever stop discovering.”