Richard Branson on Hyperloop One: Futuristic new transport system could have same impact as the train

It's still a few years away but, as anticipation rises on its potential for rapid inter-city travel, the views of Richard Branson on Hyperloop One have been featured in the Virgin founder's autobiography, with his company sponsoring the ambitious project 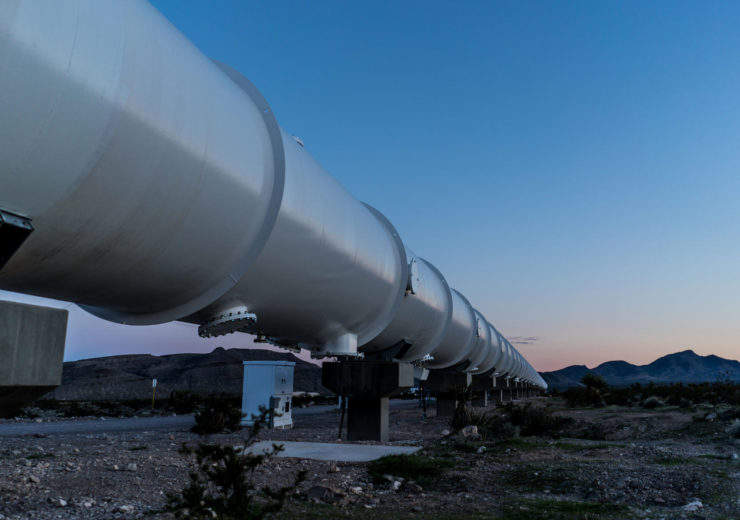 The train played a central role in the 19th century’s industrial revolution and now a futuristic transportation system backed by Virgin could be just as transformative in the modern age – that’s the view of Richard Branson on Hyperloop One.

The Virgin founder said the innovative lightning-speed concept, which is currently in development, could be launched as early as 2021.

The Hyperloop One team says it could travel at speeds of up to 670mph in a magnetically levitating pod to significantly slash journey times – including taking passengers from London to Edinburgh in less than an hour.

Branson, who last night stepped down from his role as the project’s chairman to pave the way for someone more “hands-on”, speaks at length about the project in his autobiography Finding My Virginity – an extract of which is published on the Virgin website.

He says: “[Hyperloop One] could have the same impact in the 21st century as trains did in the 19th.

“It’s a wonderful example of what can happen when a fascinating idea meets a huge customer need served by our brilliant brand.

“Projects like this are what keep me getting up in the morning.”

Literary inspiration and the idea of science-fiction becoming reality are other topics explored by the self-made billionaire, which we look at here.

Richard Branson on Hyperloop One: From humble beginnings

Starting at the beginning, the 68-year-old reminisces about his school days where he would look for activities that could distract him from doing his homework.

Books such as Philip K Dick’s The Man in the High Castle provided a launch pad to a dream that Branson is only now realising.

“Reading the book as a teenager, I was intrigued by the tubes used to rocket people across continents at lightning speed,” he says.

“Years before, in the 1930s, Will Whitehorn’s grandfather Harold Kenneth Whitehorn had a similar idea when he filed a patent for the first ever vacuum-tube electromagnetic train.

“(It’s no surprise Will ended up running Virgin Galactic!) His granddad even had a basic working model on display in the Science Museum in London.

“He also knew Joseph Foa, professor at New York’s Rensselaer Polytechnic Institute, who took his ideas forward in the 1950s and 60s with a transport system he called Tubeflight, which proposed using magnets to send capsules floating on cushions of air through long tubes.

“But back then, the technology didn’t match the ambition.”

Richard Branson on Hyperloop One: “Let’s do it”

Elon Musk first began generating some noise around the idea of a transportation system like Hyperloop One with a paper he published in 2013, but was still far away from making it a reality.

Branson explains how Patrick McCall, senior managing director at Virgin, heard about the company Hyperloop One and immediately picked up the phone.

“I asked for five minutes to think about it. I called him straight back and said, ‘Let’s do it’,” he writes.

Josh Giegel, co-founder and CTO of Hyperloop One, met Branson when he worked as an engineer at Virgin Galactic.

Branson speaks about how Mr Giegel’s vision for his future company was in line his own.

“Find what you are frustrated about – and solve it,” he explains.

“‘Travel sucks,’ said Josh, which was quite the statement to make to a man who has founded three airlines, two train businesses and three space companies.‘Let’s make travel not suck.’

“He had my attention.”

Richard Branson on Hyperloop One: Face-to-face

On 17 May 2017, Branson went to visit the Hyperloop One test track – the only one of its kind in the world – known as DevLoop.

“I got in a car in Las Vegas and we drove out to the desert. After half an hour or so, a long, white tube appeared on the horizon, framed by cloudless blue skies.

“It was hot and sticky, but I was happy to put on my hard hat, hi-vis and protective goggles to take a closer look.

“As we walked over, I quizzed Josh about leaving Virgin Galactic. ‘So you left the most exciting company in the world?’

“‘I guess so – until this one.’ ‘Well, if you were going to leave, this is probably as good a reason as any.’”

The DevLoop is a 500-metre long test tube with a diameter of 3.3 metres, and the first test run had taken place just days earlier.

Electric charges using magnetic levitation propelled the test sled through the vacuum tube for a total of 5.3 seconds, during which it reached 70mph with almost 2 Gs of acceleration.

“Seeing the inside of the test system up close, eyeing the track and the curved walls was exhilarating,” Branson explains.

“I felt an excitement similar to the moment when I had walked into the spaceship hangar in Mojave for the first time.”

Richard Branson on Hyperloop One: Could be ready for 2021

Branson concludes the extract by referencing his awareness of the rivals lining up to beat him to the post.

American research company Hyperloop Transportation Technologies (HTT) has applied for to the Indian Government for permission to build a route between Chennai and Bengaluru – a distance of 345km to be covered in 30 minutes.

That’s in addition to its proposed route between Bratislava, Brno and Prague, for which it signed an agreement with the Slovakian Government in January 2017.

However,  Branson is assured by the fact that his is the only company to have built a Hyperloop test system.

During a talk at London Tech Week earlier this year, Hyperloop One creative director Colin Rhys gave a 2023 potential launch date, suggesting the Middle East and Asia would be the most likely destination to build the system at first.

But Branson has more ambitious plans, as he says: “We’re determined to be the first to make Hyperloop a commercial reality.

“While making timing predictions is no exact science, we are hoping to be ready to go in 2021.”