Although recent discussions of apprenticeships in the UK have focused on declining figures, the head of corporate at the Open University believes there has never been a more exciting time to be involved in the space due to a list of new apprenticeships. David Willett speaks to Sam Forsdick 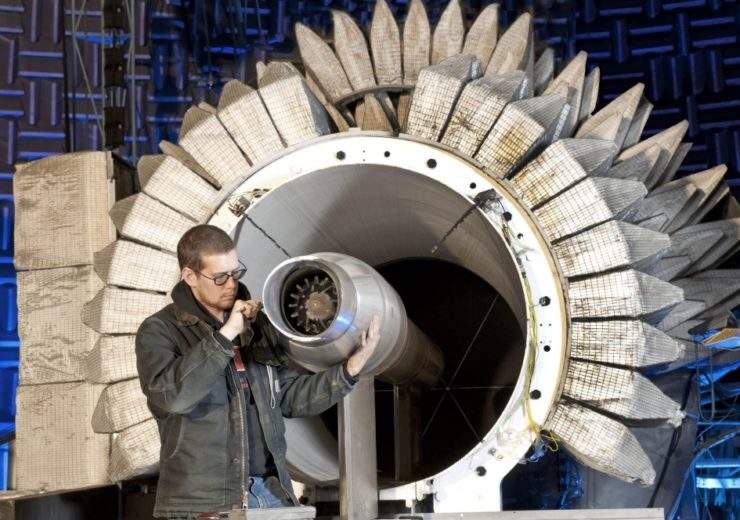 From aerospace engineers to digital marketers, a new generation of young talent is being readied for the rigours of work as new apprenticeships are introduced.

While apprenticeships once conjured up images of mechanics, builders and warehouse workers, opportunities have moved on with time.

Now, aspirational jobs like financial advisors, scientists, software developers, managers, surveyors, engineers, graphic designers and PR executives are just some of those that can be reached by starting out with a degree-level apprenticeship rather than being saddled with university debt.

And with the advent of the government’s apprenticeship levy last year, David Willett is adamant he’s never seen such radical change in on-the-job training during 20 years of involvement.

“There’s been a wholesale change in the way we approach and regulate standards,” says David, director of corporate at the Open University.

“We’ve had the introduction of degree-level apprenticeships, which have brought higher education providers and universities into the space as well.

“And then layered around all of that we’ve had the introduction of the levy 18 months ago.

“Like any major change that the government has introduced, it’s going to take time to bed in and for the messages to permeate through the apprenticeship ecosystem.”

Despite these new apprenticeships, businesses have so far been reluctant to take on trainees.

The government is being forced to revise its initial target of three million apprenticeship starts between the launch of the levy in April last year and 2020 after official figures showed a 28% decline in registrations compared to the previous year.

The levy taxes employers with a wage bill of more than £3m at 0.5% of its total salary expenditure, which can then be claimed back to fund apprenticeship schemes.

Uptake of the levy has been slow and has raised £400m less than the £2.7bn originally expected in its first year return by the government.

With employers spending an additional £6.3bn to address the skills gap and business leaders fearing Brexit will only add to the problem, David believes apprenticeships provide the best solution to the problem.

“There’s never been a more exciting time to be involved in the apprenticeship space,” he says.

“From an employers’ perspective, there are some really interesting opportunities for employers to develop skills and talents in their businesses using the apprenticeship vehicle as a mechanism to help support that growth of skills and talent.”

Some “green shoots” for apprenticeships

Despite this “lag” in the uptake of new apprenticeships, David paints a rosier picture of their future.

He’s beginning to see some “green shoots” as we approach the second anniversary of the levy.

The Open University – designed for distance learning with courses that can be studied part-time alongside jobs – will have nine higher degree-level apprenticeship programmes running by the start of next year.

Its apprenticeship business has quadrupled in size over the past 12 months, with 130 employers and 600 apprentices currently on its books, and the university expects to take on another 1,000 apprentices by the summer of 2019.

“We’re really encouraged that in the past six months we’ve started to see employers really start to grasp apprenticeships, particularly at the higher level end of the apprenticeship market,” adds David.

Benefits for employers and apprentices

Apprenticeships give young people a foot on the career ladder, but employers also benefit from being able to hone a desired skillset from the very beginning.

David says: “For an organisation, there are a huge range of benefits – it’s a really efficient way of investing in the future skills of your organisation.

“You’re paying the levy so why wouldn’t you want to be using the government’s contribution and reinvesting it in your organisation and developing employee’s skills?”

Some of the noticeable benefits the Open University has witnessed are improved workplace performance, productivity and staff loyalty, with 98% of students staying on with their apprenticeship employer after completing their course.

David adds: “There are also the benefits to apprentices themselves.

“New entrants to the workforce and first jobbers get the benefits of exceptionally high-level training and qualifications, with none of the associated debt of going to university full-time and while being paid.”

However, he believes employers could do more to promote the benefits of new apprenticeships to schools and colleges and likewise the government could improve how it communicates the changes in policy to businesses.

“The best way to do it is through case studies and there are some great examples from both large and small employers reaping the benefits,” says David.

“There’s nothing better than this type of peer-to-peer communication – having one employer telling another how they implemented it in their business and the benefits they saw and challenges they face.”

How new apprenticeships can help address the skills gap

The Open University Business Barometer 2018 found that  91% of organisations struggle to find the skills they require, particularly over the 12 months before the report was published earlier this year.

And according to the Chartered Management Institute, the UK is a nation of “accidental managers” that doesn’t view management as a profession like many other European countries.

“The real skills shortage is focused in three areas – management, leadership, and digital and technology.

“The management and leadership gaps permeates across all levels all levels of the economy.

“No matter what business it is, you need good management and leadership skills within your business to be successful.”

The majority of business leaders David has spoken to expect the skills gap to increase over the next 12 months because of the potential impact of Brexit.

But he believes the key to solving the issue is for employers to begin thinking long-term.

David says: “Often, their first thought is how they can find someone to solve the problem today but we’re trying to get them to think more medium-term about how they can develop the skills and talent for the future.”

“If we’re able to have a slightly more modular approach to this that would give employers the opportunity to develop the skills they need and be more agile that suit their businesses,” he adds.