The work Christmas party tax pitfalls every employer must know

Christmas party tax breaks are only in place if an employer spends less than £150 per employee - and it doesn't just apply during the festive period, as accountancy firm UHY Hacker Young's tax expert Ian Dickinson explains 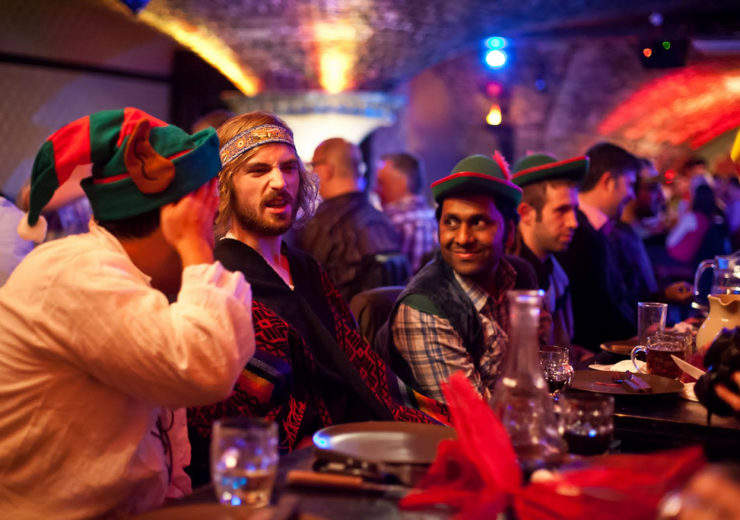 Christmas work party season is now upon us - but there are important tax considerations to be made for employers (Credit: Flickr/Tom Godber)

The office Christmas party season is upon us as employers put their hands in their pockets to treat staff – but there are numerous tax issues that need to be considered first.

What are the Christmas party tax rules?

HM Revenue and Customs (HMRC), which is responsible for the collection of taxes, has rules and regulations in place to allow businesses some exemptions when it comes to annual party costs.

The cost of parties and staff functions are not taxed as a “benefit” if the amount is less than £150 per attendee, per year.

However, the limit is a cliff-edge – if the cost is £151 each, the full amount is taxable.

Ian Dickinson, tax director at accountancy firm UHY Hacker Young’s Nottingham office, says: “We are seeing far more cases where the costs may work out at marginally more than £150 per person.

“This is an easy target for HMRC as it will receive more tax while not having to pursue many employees for relatively small amounts.”

Here, he explains the potential tax pitfalls employers should be aware about when it comes to the work Christmas party.

How is the Christmas party cost per person calculated?

This is an increasingly common question but HMRC’s guidance is silent, apart from stressing it is the VAT inclusive costs, even if the employer can reclaim the VAT, and that incidental costs – such as travel and accommodation – are included.

In practice, HMRC says employers should simply work out the total cost and divide it by the number of people attending – not the company’s total number of employees.

Notwithstanding the £150 limit, a staff party only qualifies as a tax-free benefit providing an employer meets the following conditions:

The £150 limit applies to all of the company’s annual parties – not just for Christmas.

If they put on a summer and a Christmas party, the £150 per person has to spread across both events.

According to HMRC, awards, prize-giving, drinks or snacks in the workplace, taking staff to a sports event, show or the cinema are all “costs of the annual function”.

Apart from the dubious logic of treating all the attendees as receiving the same value of benefit – for example, a vegan might derive less benefit than another wine-swilling attendee – there are some more serious situations where HMRC’s methods can result in unfair tax charges.

If a company with 20 employees organises a Christmas dinner at an inclusive price of £148 per head, but then pays the £100 taxi fare home for two staff members who live 20 miles away, the cost per head of the function is now £152.

Another example is if a business with 75 employees holds a dinner at a price of £120 per head.

However, due to a snowstorm and transport disruption, only 50 staff make it to the function.

According to HMRC, the cost per attendee becomes £180 and is fully taxable.

Finally, at a Christmas function for 20 employees costing £130 each, one staff member falls through a window causing £3,000 of damage, which the company pays.

The cost of the function now rises to £280 per head and the full amount is taxable.