A roundtable of chief data officers discussed everything from open data in the NHS and Network Rail to the importance of data education. Dan Robinson was in attendance 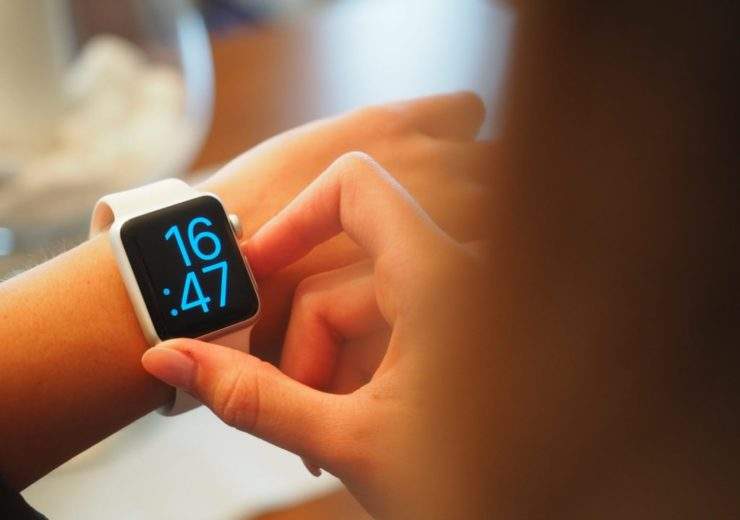 Wearables that record our health data is one of the hottest technology trends right now – but GPs aren’t equipped to deal with the information, says a former NHS Digital executive.

Rachel Murphy, who served as digital delivery director between 2016 and 2017, believes health professionals need to be trained with digital and data skills to understand modern tech.

She said: “The driver at the moment is moving to an open data perspective where people are data donors and responsible for their own data.

“The agenda now is about self-care and prevention so people have Fitbits and Apple Watches, where we’re collecting our own data and taking care of ourselves.

“One of the difficulties is that if I was a GP and someone comes in with a Fitbit to talk about their heart rate going up a few weeks ago, I wouldn’t know what to do.”

Challenges for NHS as it embraces data

During a 20-year career, Ms Murphy has worked in various IT director, CIO, CTO and digital delivery roles for organisations including The National Archives, and the Nursery and Midwifery Council.

She is now CEO of Difrent Group, a professional services partner to “public good” organisations that helps them deliver business efficiencies.

Before setting up that company in November 2017, she spent 18 months at NHS Digital, and admitted to being surprised at how the UK health service was not just one huge organisation – but “hundreds of huge organisations within a complex model”.

“In the middle, you have two or three organisations that duplicate each other,” she said, speaking at a chief data officer roundtable held at Dartmouth House in London last week.

“From a primary and secondary care perspective now, it’s hundreds and thousands of systems.

“So the problem is people are taking responsibility but the system was never set up that way.

“The NHS was built for a population 70 years ago that is completely different to now, where it’s about sharing data and building things in an open way.”

While there are some efficiencies that can be achieved easily enough, Ms Murphy admitted a complete digital transformation journey isn’t a “five-minute job” and will take a long time.

Part of the problem, she believes, is that NHS England is locked into several long-term contracts for services such as primary medical and community health.

She added: “The agenda for open data is there and the appetite is there but I don’t think the skills are there from a data and digital perspective.

“Those are the challenges I faced so we had to start building those skills both internally and with contractors. The problem is a lot of people don’t want to change how they work.”

How big data is used on the railway

In a similar vein to the NHS, Network Rail – which runs the UK’s railway network – consists of numerous smaller organisations rather than being a single body.

When she was installed as the arm’s length public body’s first ever chief data officer, Caroline Carruthers found multiple departments were buying virtually the same datasets.

“The amount of waste that was going on because they weren’t talking to each other was astonishing,” she said.

“So we made easily the amount of money that my team cost by four-times just by consolidating those contracts.”

Ms Carruthers, who is now chief executive of her own consultancy and co-authored the new book Data-Driven Business Transformation alongside business partner Peter Jackson, also had to tread carefully with open datasets that show real-time feeds on train activity.

These are useful for trainspotters – hobbyists who are interested in identifying various types of trains on the railway – but can lead to issues with national security.

“If we weren’t careful about how we put that data out, we could have told people where the nuclear waste train was – not by showing where it was, but through gaps in the data,” said Ms Carruthers.

Natasha Lauer, director of EMEA field marketing at data governance firm Collibra, argues that data is now part of “everyday consumerism” as a series of major cyber security breaches and the Facebook-Cambridge Analytica scandal have made the subject front-page news.

The introduction of the EU’s General Data Protection Regulation (GDPR) in May last year has also played a role as people are given greater control of their own data.

“People are thinking about what that means and GDPR enabled them to realise they have rights around their data ownership,” said Ms Lauer.

Ms Murphy believes the law has been the “catalyst for the conversation”, while Ms Carruthers has found more companies are employing people in senior roles to oversee data.

She added: “That’s quite refreshing because until now, businesses have been quite resistant.

“GDPR raised the awareness and we’re seeing more and more companies that are using data leapfrogging and creating massive disruption in their industries.”

However, one of the main barriers to adopting data properly within businesses is the lack of education, believe industry chiefs.

Big data analyst Mike Ferguson, who owns consultancy Independent Business Strategies and is chairman of the Big Data London industry event, said: “We’re starting to teach that arguing with the data is a skill and literacy, rather than just accepting what it says.

“Those are skills they might not have learned during their career so we’re teaching them those skills.

“People are saying they have heard everyone talking about machine learning but don’t know what it is.

“They’re not admitting that to their teams though and it means they’re becoming blockers to innovation.”

Ms Carruthers, who also wants to see terms and conditions regarding data use made simpler for consumers to understand, believes there’s a whole culture of misunderstanding around data.

She gives the example of people saying they “don’t use data, just spreadsheets” – pointing out how data exists in the most basic form of inputting information, and isn’t just restricted to big data analysis.

“There’s a whole fear of data because we’ve built up this big fear,” she said. “Maybe it’s the language that people just don’t understand.

“They get the image of The Terminator and Skynet coming to kill them, or that robots will take their jobs.

“But if you’re using social media and going on Google, you’re using data. So why are we making it difficult for people to understand?”