The vast majority of homes and businesses in Hull are only served with broadband and telephone coverage by the city’s network provider KCOM, in one of the UK’s last remaining modern day monopolies 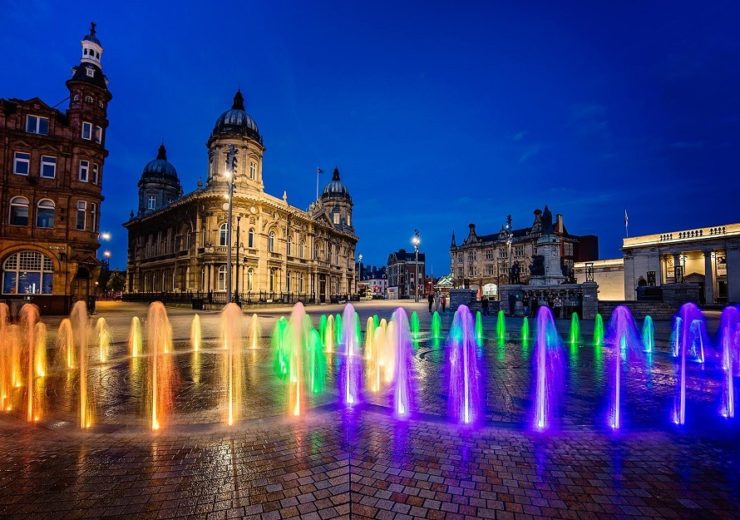 Hull was the UK's City of Culture in 2017 (Credit: Visit Hull & East Yorkshire)

By the end of March, every home and business in Hull will have full-fibre internet connectivity – a luxury enjoyed by only 6% of UK premises. The reason for this is that its former council-owned telecoms firm KCOM has one of the country’s last remaining modern day monopolies. Dan Robinson finds out the pros and cons of an odd situation

Barely a week goes by in which a leaflet doesn’t land on the doormats of many UK households promoting a new bargain internet, TV and phone deal.

Whether it’s one of the established telecoms giants like Sky, BT or Virgin Media, or a newer player on the market in Plusnet, John Lewis Broadband or First Utility, this highly competitive market breeds a price war that can surely only benefit consumers.

So when one company has a monopoly of the telecoms market in an entire city – like KCOM does in Kingston-upon-Hull – it should spell bad news for customers. Or should it?

While the company has sometimes been accused of “ripping off” its customers, one of its top directors Iain Shearman contends that having control over its own telecoms infrastructure means the East Yorkshire city can take a lead nationally in the roll-out of new technologies such as superfast broadband.

“Although it’s connected into the national network, being a closed environment has meant Hull has been an arena for testing new technologies,” says Mr Shearman, who has been at the company for 18 years and is now managing director of the KCOM National Network Services division that provides business-to-business services in 24 cities.

“It’s led the way for doing new things in the communications space, and every home and business will have full-fibre connectivity by the end of March.

“Nationally, we’re working up to a position where we might have 10% coverage across the UK within the next ten to 15 years, so we’re many years ahead of the rest of the country.

“We do get accused of holding a monopoly, stunting investment and charging higher prices, but nowhere in the UK has made the investment we have.

“We’re offering a better, more reliable and faster service when you compare it to competitor packages.”

Modern day monopolies: How KCOM built a monopoly in Hull

KCOM’s dominance in Hull is a quirk of the UK economy but has deep historic roots stretching back to 1904.

That was the year when Hull City Council was among several local authorities that were granted a licence to run their own telephone network.

While other councils gradually handed over control to the Post Office – whose network would in turn become BT in 1981, and privatised three years later – Hull decided to go it alone and bought the network from the government for £192,000 in 1914.

Kingston Communications was borne out of this as a publicly-owned company and was listed on the London Stock Exchange in 1999.

Its flotation came around the same time as other local cable networks such as Granada Television, Diamond Cable, Telewest and NTL.

Many of these would be swallowed up by Virgin Media but, again, Kingston Communications – which would become KC and then KCOM – remained intact.

The company now employs about 1,500 people, with a £300m turnover in its 2017-18 accounts split three ways between 147,000 residential and business customers in the Hull area, large enterprises and public sector organisations across the UK, and its national network services for mid-sized organisations.

It means that to this day, Hull has remained an exception within the UK as the only place not served by BT.

However, the company is keen to point out this doesn’t stop other phone and broadband companies from setting up in the area, as it is legally obligated through consumer watchdog Ofcom to allow other firms to use its infrastructure – and it claims rental line prices are similar to BT’s elsewhere in the country.

In a section on its website addressing why other telecoms firms haven’t invested in Hull, the company says: “Other providers would have to factor in extra costs such as installing their own equipment in our exchanges and employing engineers.

“A review by Ofcom found that because of the relatively small size of the area, other providers believe the investment wouldn’t be worth their while.

“But there is broadband choice in Hull. Some independent providers are installing their fibre networks to homes in the city while there are others providing wireless broadband across East Yorkshire.”

Ofcom agrees, with a spokesman telling Compelo: “Last year, we reviewed the broadband market in Hull.

“The regulation that applies to KCOM over the next three years will encourage more competition in the area, by making it easier for other companies to use KCOM’s network.”

Does Hull benefit from having a modern-day monopoly?

Fun fact: The iconic red telephone boxes on Britain’s roadsides are nowhere to be seen in Hull as they are owned by BT. Instead, the KCOM boxes are cream-coloured.

But thankfully that’s not the only thing to mark the city out from the rest of the UK and it has often led technological advancement.

It became Europe’s first fully-digital network in 1989 and, in the early 2000s, pioneered services such as digital TV, video-on-demand and ADSL broadband connections that use home telephone lines.

Mr Shearman says: “If you look at some of the things we’ve done along the way, Hull has always been at the forefront nationally.

“The deployment of Kingston Interactive Television, which was a fibre-optic network we developed, was a precursor to the cable networks.

“We were developing local content but were way ahead of the likes of Sky, Virgin and Netflix.”

KCOM says it has invested £90m into Hull’s internet network and all its 200,000 properties will have fibre-to-the-premises ultrafast connectivity by March this year as part of the Lighstream project that begun in 2012.

To put this into context, 1.8 million homes and businesses (6%) have access to FTTP connectivity, according to Ofcom’s Connection Nations 2018 report.

Even though the UK’s digital network business Openreach aims to reach three million premises by next year and ensure ten million are equipped by 2025, the country will lag behind its 24th largest conurbation by population, which stands at about 314,000.

Mr Shearman believes this provides a significant economic boost for Hull, which held the UK City of Culture title in 2017.

One of the Humber area’s biggest employers is Drax power station, in nearby Selby, while its other big businesses are largely industrial – such as chemicals giant Croda, manufacturer Fenner, logistics company Andrew Marr International and medical equipment supplier Smith & Nephew.

But Hull’s digital economy was identified as one of the fastest-growing in Britain by the Tech Nation 2017 survey, which said it adds £254m to the local economy and 7,000 jobs every year.

Crucially, the report cited the city’s high-speed connectivity as being “helpful” to this burgeoning reputation.

Mr Shearman adds: “We’ve been sat in conferences recently where people have talked about digital connectivity and the digital economy, and actually Hull will be there 15 years before the rest of Britain.

“That has great economic benefits. Our standard internet speeds will be 400 megabits-per-second [the average UK speed last year was 46Mbps] and we’re trying to get the message out that this is something really attractive about the local economy.

“When you’re in an environment in which services are delivered by cloud, having great connectivity is a crucial part of that business.

“So it’s a massive advantage for the city and something the council uses to attract inward investment.”

While KCOM’s monopoly in Hull is not widely known in Britain, it has received national attention with it being the subject of a consumer rights investigation on BBC TV show Rip Off Britain in June last year.

Residents complained of slow internet speeds and poor reliability, with one person who appeared on the programme saying they paid £50 for a KCOM package – about double the amount of a provider in their previous home in Lancashire.

Many stated they wanted more competition.

In a letter to the Hull Daily Mail, city resident Frank McConaghy said: “For years, KCOM has prevented people in the Hull area from being able to access the very competitive cable internet, phone, mobile phone and TV bundles being offered to much of the UK at dramatically lower prices than KCOM.

“They have done this by making it non-viable for competitors to use their cable networks, which is what happens in BT areas all over the UK.

“That is how they have got around the monopoly accusations and no doubt will continue to do so while charging Hull people top whack.

“They may bleat on about how their service is one of the best in the world, but I live less than a mile from their main city centre offices and can’t yet get wired internet, so how is that the best service in the world?”

Bill Halbert, the company’s CEO, responded by saying the doors remained open for other telecoms providers to invest in Hull but weren’t willing to do so.

“It is all about whether other people are willing to invest to come into the city,” he told the newspaper.

“They are not willing to do that, and that is not our choice. It puts us in a difficult position because we regularly hear the criticism that there is a monopoly, but that is simply because of the back drop.”

In a poll by the newspaper that attracted 58,000 votes, readers were asked “are you happy with your KCOM service” – 95% said “no”.

Mr Shearman says there are more competitors than many realise, especially in the B2B space with the likes of Redcentric Daisy and Fujitsu serving many business customers.

Some will have contracts with providers including BT and Vodafone, which only use KCOM’s network for the “last mile” to connect to premises.

The company is often in dialogue with Ofcom, with Mr Shearman admitting that “sometimes it’s a robust dialogue”.

While KCOM’s dominance stems back 115 years, heavy disruption in the telecoms space means the company is perhaps facing the biggest challenge to its crown right now.

Mr Shearman adds: “There’s so many options for those over-the-top services that we are having to innovate to compete in an environment where there’s so much choice now.

“People don’t have to consume their services from us when they can now go with Amazon, Netflix, Vodafone or whoever.

“That’s the transition KCOM has to make in Hull. We have to cease to just be a connectivity provider and instead be a provider for a wider set of services because that’s what our customers want to buy.”