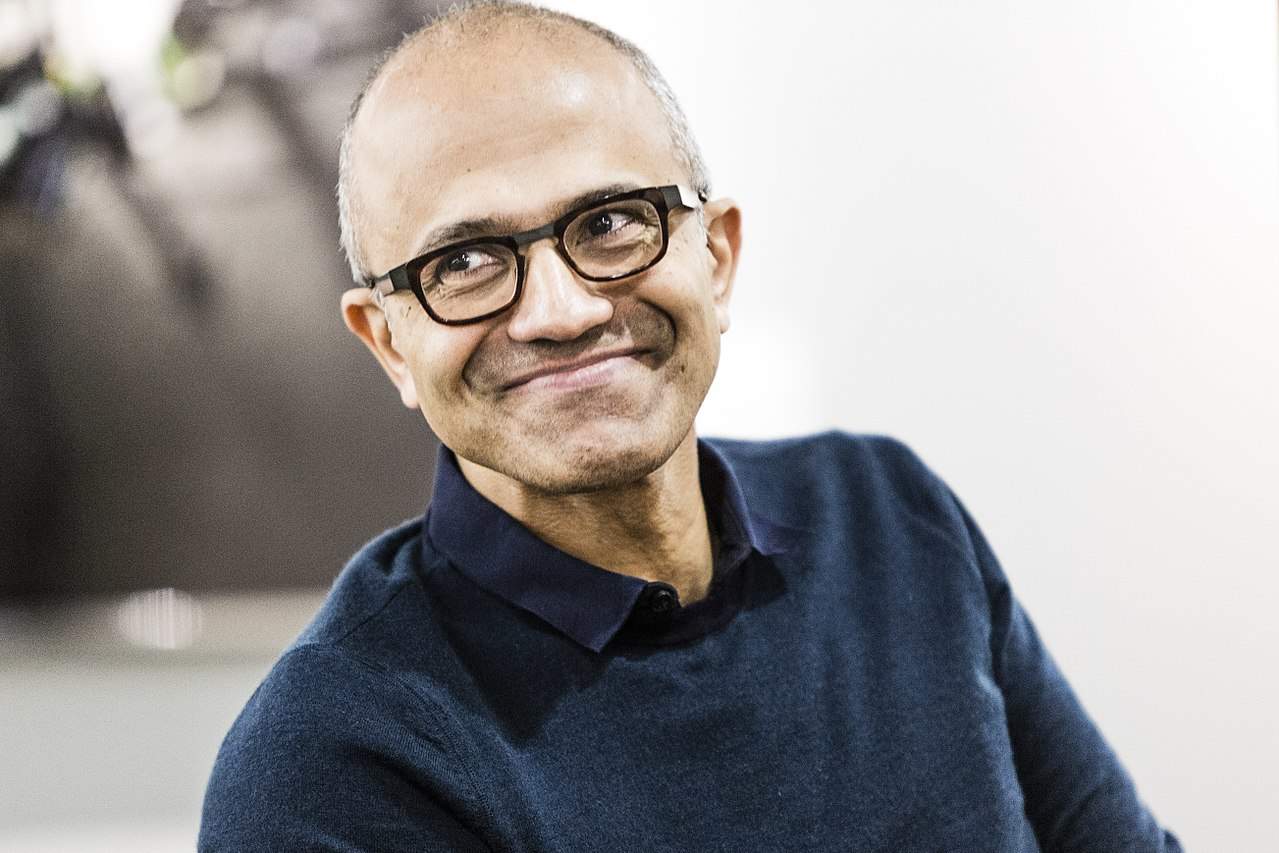 Every company should consider itself a software business, according to Microsoft CEO Satya Nadella as he described his “tech intensity” concept.

One of the most influential people in tech urged organisations to adopt new technology like artificial intelligence “faster than anything we’ve done in the past” as every industry undergoes digital transformation.

Launching day two of the Microsoft Future Decoded 2018 conference in London in a keynote speech, he said: “The best way to conceptualise the opportunity we have through technology is to think of computing not being this separate thing from the world, but computing being completely embedded in the world.

“There’s not a place, whether it’s at home, work, a stadium or factory, that’s not being digitised.

“Oil and gas, retail and financial services – every sector you can think of – is being transformed.

“It’s everything we use. Not just devices but things as varied as microwaves and ovens – it’s all being embedded in technology.”

As computing becomes so pervasive and embedded in our world, Mr Nadella said every institution will need to have “tech intensity”.

This is a phrase the 51-year-old Indian native – who succeeded Steve Ballmer as CEO of the software giant in 2014 – first coined at the Microsoft Ignite event in Florida in September.

Billed as a new digital strategy for businesses, it can be defined as an organisation’s rate of technology adoption along with an ability to build its own digital capability.

“The thing we all need to do is adopt technology in ways that are much faster than anything we’ve done in the past,” he said in today’s (1 November) Future Decoded keynote.

“Technology is being diffused at a fast rate but we don’t stop there. Each one of us in our institutions and organisations will have to create our own digital capability on top of the technology.

“Every company is a software company and a digital organisation. It’s this digital formula that will be how we capitalise on this opportunity.

“So tech intensity is one of the most important strategic formulas to get right – for every business decision-maker in every industry.”

Mr Nadella said Microsoft’s mission was to create a culture of tech intensity in every organisation because the company recognises its own success relies on that of its business customers, which use products such as Office, Outlook and the Azure cloud-based app-building service.

“We want to build technology so each one of you can go on to build more technology,” he said.

“That was true in 1975 when Bill [Gates] and Paul [Allen] created Microsoft and it’s even more true in 2018 as each of you is going to capitalise on the tremendous opportunity of digital transformation.”

Microsoft is creating the “intelligent edge” and “intelligent cloud” – Internet of Things technology that connects smart devices with each other, whether on the cloud or not, and uses AI ability to sense what is going on around them.

But Mr Nadella said “technology for technology’s sake is not going to do anything” and it is the responsibility of businesses to work out how they will use it to transform how they engage with customers, engage with employees and optimise operations.

In order to provide businesses with the computing power they need to embrace digitisation, Microsoft has multiple data centres in 54 global regions – which it says is more than any other public cloud operator.

In June, the company dropped a 40ft data centre – loaded with 12 racks containing 864 servers and cooling system infrastructure – underwater off the coast of Orkney, Scotland.

It will sit on the sea bed for five years, linked to the shore and the wider internet via an undersea cable, with the theory being that the cost of cooling the computers will be lower by placing them underwater.

The Scotland offshore data centre is being used as a pilot ahead of a potential wider underwater rollout across the world.

Mr Nadella said: “It’s unique and sustainable because it takes wind power, and was very fast to build.

“We think this is the way we want to think about data centres and expansion.”

Other AI-driven processes that are now in everyday use include the Cortana digital assistant and intelligent search on Office 365 products such as Outlook.

“The big question is how we are going to democratise it so everyone can use this technology,” said Mr Nadella, whose speech was translated into subtitles live on a big screen.

“The ability to take AI whenever you need it because you have this rich infrastructure is what this game is all about.

“The competency you have around that is going build success.”

Microsoft aims to address concerns about the negative side-effects of deploying AI by creating a board for AI and ethics in engineering and research, known as Aether.

It will look at how to avoid bias in machine learning algorithms while seeking to create fairness, robustness, security, transparency and accountability in how technology is utilised.

Mr Nadella added: “One of the challenges is AI is only as good as the data on this it trains.

“If it’s trained for one purpose but used for another purpose, that’s an unethical use case.

Using its HealthVault platform, the trust now provides patients with secure access to their health records and the ability to contribute to them directly.

It means they now work closely with clinicians to shape and influence treatment plans online.

Mr Nadella pointed out healthcare’s proportion of the UK GDP rising from 5% in 2000 to 10% in 2018 as an indication of the economic impact that could be made by optimisation.

He added: “The other side of the equation is the operation inside the hospital. If you take something like bed management, the trust has to pay for private management if it runs out of beds.

“But putting it on a dashboard that everyone in the team can understand changes the trajectory.”

Another example given was Transport for London, which is creating a “digital twin” of its systems and processes so that it can better understand how to manage and predict the 31 million journey segments made each day.

“It’s a complex problem but if you have a digital twin in real-time, you can think about how to manage the network,” said Mr Nadella.

“It’s something that can be used every day that’s transformed using technology.”

Retailer Marks & Spencer, meanwhile, is using AI to optimise its floor space, with data on aisle capacity showing how to improve the experience for shoppers and organise product placement.

It’s not just major organisations deploying technology, with Loreburn Housing Association, which manages 2,500 properties across Dumfries and Galloway in Scotland, another adopter.

One of the biggest challenges faced by the association is avoiding the epidemic of elderly residents falling over inside their homes, which can require hospital treatment and sometimes leads to deaths.

“The best way to deal with this is to have preventative care,” said Mr Nadella.

“It’s pretty straightforward using machine learning technology. If they can have wearable technology, it can detect a fall before it happens – but also other conditions.

“It means the organisation is able to provide better care.”

While many harbour concerns over the impact of AI on society – in particular replacing human jobs with software – Mr Nadella believes people still have a huge role to play.

He added: “It comes back to our mission to empower every organisation and person to achieve more through technology.

“What inspires me are the people behind each one of these use cases.

“Technology by itself isn’t going to do anything. It’s the people who use technology to change people’s lives that are going to do something.”