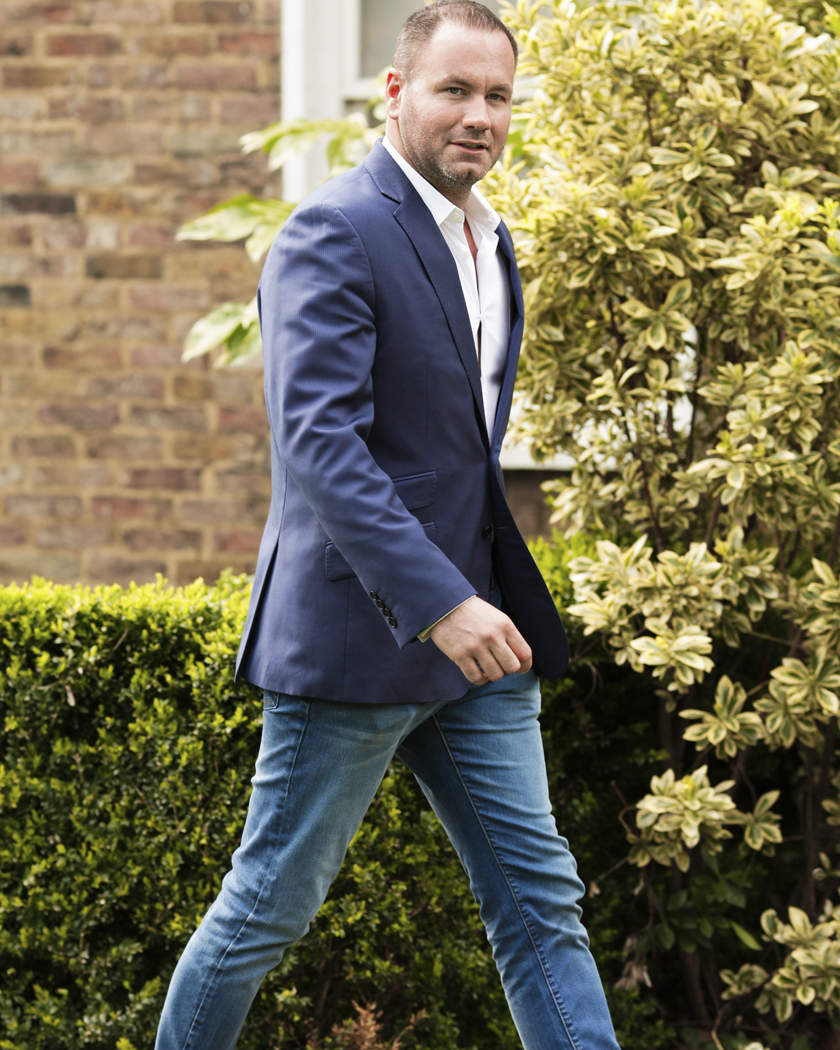 The multi-millionaire property developer and businessman talks about building numerous companies with a combined £25m turnover, overcoming the 2008 credit crunch and a dream to appear on Dragon’s Den

Beginning from the bottom

Starting out as a nightclub doorman at the age of 16, Andy Scott bought his first property with just £5,000 left to him by his grandmother.

With that property, Andy was able to start a business in buying and renovating properties, before selling at greater margins.

Before long, he was owning the nightclubs – as well as houses, hotels and bar chains – and his £12m property empire makes up a sizeable chunk of a wider business portfolio that delivers £25m in revenue each year.

The 39-year-old is also a qualified pilot, flying himself between his homes in London and Cannes, while he also counts a Ferrari and yachts among his possessions.

“After that first house, I went on to do a bigger project and I renovated and built about 500 properties in the UK,” says Andy, who admits to having a passion for business from a young age.

“From there, I ventured out on to other things.”

Eight years later, at the age of 26, Andy made his first million in revenue.

It was only the start and he has since been dubbed “the serial entrepreneur” with a rapidly-growing portfolio, through both expanding existing businesses and launching new ones.

Currently, he owns REL Capital – an investment company that specialises in buying stakes in SMEs in the entertainment, property, recruitment and transport sectors.

In the past 12 months, it has gained six new companies, adding to those already based at the firm’s central London office, where 50 people are employed.

And now uses the profits from his property company to fund his other projects.

Among his biggest assets are 1 Leicester Square, believed to be the largest hotel in London’s West End and currently operated by the Hotel Indigo brand.

He explains: “Property is by far the most profitable and that fund is used to buy all the trading businesses.”

Last remaining home for sale in our Winchester Scheme. https://t.co/FkrY6vi79I

Trials and tribulations of an entrepreneur

It hasn’t been a straight ascent to the top, however.

Not long after hitting the £10 million revenue mark in his 20s, Andy was faced with the challenge of the 2008 credit crunch, which resulted in him losing £6 million.

“It was a horrible time,” he recalls. “I had a lot of debt with banks, but I also had all the toys, the Ferrari, yachts and planes.”

“I hadn’t seen the economic cycle in my 20s before and I was just throwing money at people.”

Financial struggles meant he had to go back to basics – which he admits he found “long and painful”.

“I basically just went back to working on building sites, which I know well,” he says.

“There were a lot of buildings that were shut and I just reopened and refurbished them.

“I just focused on the property and the more boring businesses, shall we say.”

The experience was a learning curve and helped Andy to be more patient in his approach to money and business.

He adds: “When you buy a business you’re constantly being knocked, so you have to be in it for the long haul and learn to be patient.”

Reliability and an ability to form strong relationships should be at the pinnacle of any entrepreneur’s approach to running a business, believes Andy.

He says: “I’m known as the guy who when he says he will do something he does it – that’s crucial in terms of getting respect from people.

“We’ve had the same partner for 20 to 30 years and that’s a real strength.

“I’m also a dealmaker – we get deals done quickly.”

Interestingly, for a businessman, Andy admits his weaknesses are having a short attention span and lack of attention to details.

“Detail is not my strongest point, which is why I learned to delegate – although not micromanaging,” he says.

Bringing in the money

The property element of Andy’s portfolio makes most of the profit, bringing in just over £1 million a year.

Since starting his company, it has completed more than 400 houses, with the total value of its developments worth about £20 million. The company is currently working on 100 other properties.

Andy says: “What I learned early on is you can get hold of three properties and get a three to five per cent annual return on your money, or you could sell them and buy trading businesses.

“I prefer to sell and get a 50 to 60 per cent return so that’s why the balance between property and trading works well,” he explains.

So how much is a man like this, juggling and trading numerous high-value assets at any one time, actually worth?

“I’d say it was about £8 million, but that’s subjective,” says Andy, who explains this could often fluctuate within his account.

“This month it could be £7 million but because you buy something, the cash never stays there for long.”

Andy’s advice to aspiring entrepreneurs would be to not give up and trial everything.

It’s a quality that was never more apparent than when he raced across the Atlantic in a yacht with 10 friends, while he also keeps fit through boxing and has taken part in numerous charity fights.

“Just take each day as it comes and believe in yourself,” he adds. “I always say ‘God loves a trier’ – that’s my motto.”

He has other grander plans for the year – recently buying a pub in London’s affluent Chelsea area – as well as plans to start five or six other businesses.

The goal, he says, is to appear on television shows, mentor other young entrepreneurs and help smaller businesses grow.

Andy adds: “I enjoy that kind of stuff and I’d like a young guy shadowing me for a week or two – it’s really rewarding.”

“I’d like to do media – I’ll be going on Dragon’s Den when a seat becomes available.”

How to be a successful entrepreneur (by being a better person)