Leadership in the Fourth Industrial Revolution: How CEOs of Hitachi, IBM and P&G see future of business

Leading business figures were brought together at the World Economic Forum's annual meeting in Davos to discuss the opportunities and challenges presented by Industry 4.0 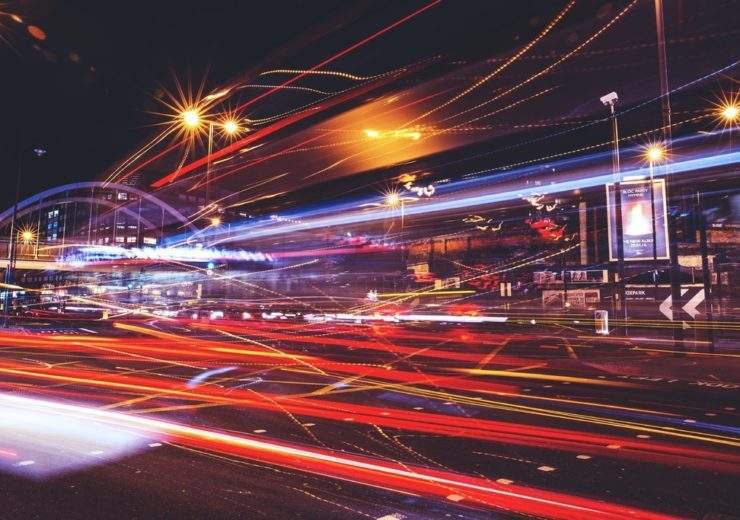 Technology is transforming the world as we know it – and decision-making at leadership level needs to adapt too during the Fourth Industrial Revolution.

That’s the view of CEOs in some of the world’s biggest companies, including IBM, Proctor & Gamble, Hitachi and SAP.

They spoke about the impact the Fourth industrial Revolution will have for senior bosses during a breakout session at the World Economic Forum’s (WEC) annual meeting in Davos, Switzerland, today (23 January).

Also known as Industry 4.0, the term relates to the transformational influence new technologies such as artificial intelligence, the Internet of Things, quantum computing, 5G connectivity and 3D printing could have on the economy.

Bill McDermott, CEO of business software company SAP SE, described technology as “the baseline of winning” when it came to securing a competitive advantage during this phase.

Other CEOs pointed to the importance of creating a brand that is socially aware and can connect with customers while also addressing the global skills gap.

The role of technology in the Fourth Industrial Revolution

Although technological advancement is considered the driving force behind the latest Industrial Revolution, many remain wary of the fact that the benefits may not be experienced by everyone.

An SAP survey in collaboration with the WEC surveyed 10,000 people in 29 countries and found that opinions were split on whether technology would make their lives better under Industry 4.0.

Mr McDermott said: “There’s an ambivalence about the impact of technology on the average person in society.

“We know it’s the driving force of innovation and growth but not everybody does.”

He later added: “More than two-thirds of people in society today are worried about losing their job to a robot.

“Try telling that person to love technology – I wish you luck with that argument.”

She said: “A large part of society does not believe technology will be good for their future and therefore they feel very disenfranchised.

“We have a serious duty of care about this – technology is moving faster than people’s skills will change.

“It [technology] is causing this skills crisis and it is going to mean that, for society to participate broadly, you have to make it inclusive.”

Mrs Rometty went on to argue that this sense of disenfranchisement has led to political upheaval, which has resulted in actions such as the Brexit vote.

She called for businesses and governments to work more closely together in order to breach the skills gap, and improve education, social systems and infrastructure, in order to prepare for the Fourth Industrial Revolution.

She said: “When it comes to education and skills, government can’t solve it alone and, as businesses, we have to hire for skills – not just for degrees or school performance – otherwise we will never breach this gap.

“There has always been a formula that says, ‘great technological advancement needs matching infrastructure to spread the benefits to everyone’.

“When electricity came out on a grid system, at the same time high school and secondary education became standard across Europe and the US.

“It was a way that people’s jobs changed but everyone could still benefit.

“I think it’s incumbent on businesses now to address the issue of trust around data and privacy, and the skills crisis.”

Mr McDermott pointed to SAP’s decision to embrace neurodiversity within the company as a means of improving inclusion and addressing the skills gap.

“We committed to hiring 1% of our workforce from individuals on the autistic spectrum and this has been amazing,” he said.

“When you go to a place for talent that not everybody else is, you tend to gain competitive advantage – whether it’s through apprentice programmes or initiating different people into the tech world.”

US software start-up Ultra Testing found similar success with its positive hiring practices – with 75% of staff on the autistic spectrum.

Hiroaki Nakanishi, executive chairman of Hitachi, whose company recently pulled out of major investment in the UK’s nuclear energy sector amid Brexit uncertainty, had a simpler solution to the problem.

He said: “The UK is a mature country. I have no expectations – I simply request that the UK please avoid a no-deal Brexit.”

Technology was not the only discussion point during the WEC session and the business leaders were keen to point to the importance of creating a brand that was well respected among consumers.

Mr McDermot said: “How do we create the trust that’s necessary? How do you make brands religions, where people are really loyal to them?

“If a business can improve its retention rate by 5%, it will improve profits by 95%.”

He believes that companies spend too much time focusing on quarterly earnings and not enough time asking questions such as, “How are your customers doing?”, “Are you a sustainable company?” and, “Are you a global citizen of change, innovation and positivity?”

He added: “More and more companies and leaders will start to get measured on those dimensions – because that’s what will help you solve the Brexit problem, and where you have conflicts and populism rising in different countries.

“In some of these mature countries, the average person has savings of $400 (£306) – they are one health crisis or car break away from being totally broke.

“So we have to be authentic, empathetic and highly tuned in to what’s really going on out there.”

“Consumers want to know what the CEO thinks and how our brands come forward,” he said.

“Brands have to have a point of view, much more so today than in the past when performance alone would drive a business.

“It’s especially true with millennials but also with the broader audience.

“If a brand doesn’t have a point of view and the behaviour isn’t consistent with the values that the company espouses, then you have a real issue.”