Only 17% of employees in the UK technology industry are women but these are some of the top female role models in tech, who were recognised in the Inspiring Fifty UK 2018 list to inspire future generations 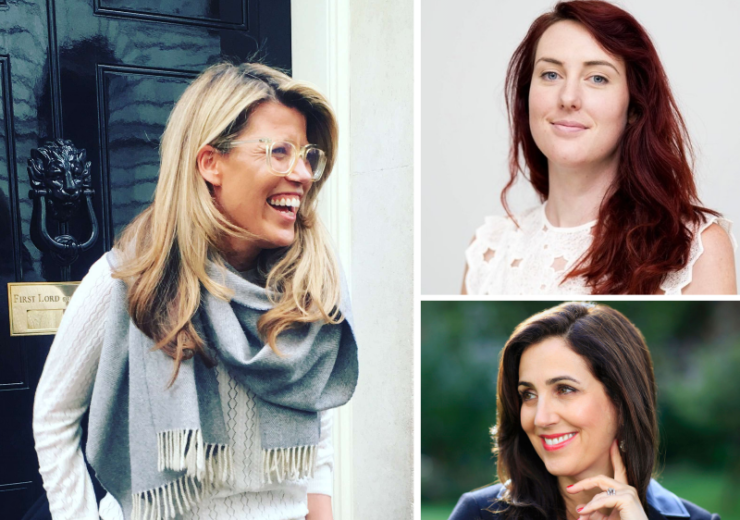 From Microsoft and Channel 4 to Trainline and Mumsnet, wherever we look there are numerous female role models in technology.

Now, some of the leading names in the industry have been recognised in the inaugural Inspiring Fifty UK list.

Inspiring 50 UK – a partnership between the Netherlands-based Inspiring 50 and London-based AccelerateHER – aims to address the under-representation of women in the technology field.

A 2017 study by professional services firm PwC found that only 5% of leadership positions in tech are held by women and more than 25% of female students were put off a career in in the industry as it is “too male dominated”.

Laura Stebbing, who is co-CEO of accelerateHER with Poppy Gaye, said: “Underappreciating the value of gender diversity for fostering innovation and driving economic growth is a major, yet avoidable, risk for technology businesses.

“The industry must become more inclusive.

“We have set up the Inspiring Fifty UK initiative to highlight just how many women are behind top UK tech businesses today.”

While they are some of the biggest names in the industry, we’ve picked out nine female role models in tech who may not be as well-known from the list, originally published in November 2018.

She was named AI leader of the year in 2017 for Darktrace’s use of AI technology to counter cyber threats against cloud platforms.

In an interview with business website Inc, Eagan claimed to start her day at 3.30am but allowed herself a two-hour lie-in on weekends – when she wakes up at 5.30am.

Her background in project management, marketing and business development has elevated Open Bionics to a globally-recognised brand, and has recently won several awards celebrating her entrepreneurship.

The company creates fully articulated prosthetics for amputees, as well as robotic hands and arms for research purposes.

Pip Jamieson, founder of The Dots

The Dots is commonly referred to as the “LinkedIn for creatives”.

The social network for people working in the creative industries is the brainchild of Pip Jamieson and allows people to find jobs, connect with freelancers and share their latest projects.

Jamieson has been listed in The Sunday Times’ Top 100 Entrepreneurs and was recently invited to 10 Downing Street to participate in a roundtable discussion for female founders.

Since serving as Special Assistant to George W Bush during his presidency and sitting on the National Economic Council, Pippa Malgrem has recently moved into the world of tech.

H Robotics uses drone technology to aid businesses in a diverse array of sectors including mining, oil and gas, agriculture and insurance.

More recently, she has set up her own medtech start-up, Benevolent AI, which launched in 2018.

The company is aiming to use data and AI in the field of medicine to help treat the estimated 300 million people who suffer from rare diseases.

June Angelides founded Mums in Technology to break down some of the stereotypes in the male-dominated tech industry.

Launched in 2015, the company was built on the premise that coding and tech can be accessible to all and created the first child-friendly coding school in the UK..

Ms Angelides was named the sixth most influential BAME tech leader by the Financial Times and was a founding ambassador of the FiftyFifty Pledge, which works to ensure an equal share of men’s and women’s voices are heard at the top technology industry conferences.

Edwina Dunn is an entrepreneur, business leader and author.

Alongside Starcount, Dunn also set up The Female Lead – a non-profit organisation dedicated to highlighting the achievements of women that aren’t often seen in the media with the aim of inspiring future generations.

Tabitha Goldstaub is a tech entrepreneur and AI specialist.

Her company CognitionX connects organisations with a global network of AI experts to provide advice on implementing the technology.

She also chairs the AI Council for the UK government’s Office for AI, which exists to champion a rapid and responsible adoption of AI, and is an advocate for increased diversity in the industry.

Goldstaub set up Why Women in AI, which aims to close the gender gap in AI, and co-found the Future Girl Corp, which hosts free events for future female CEOs.

Stephanie Phair is the head of strategy for luxury fashion retailer Farfetch and sits as chairwoman on the British Fashion Council.

At the age of 39, she is the youngest person to ever be appointed to the role and was chosen for her “reputation as a strategic thinker, a broad view of the sector, and her propensity to challenge the norms to create new opportunities for growth”.