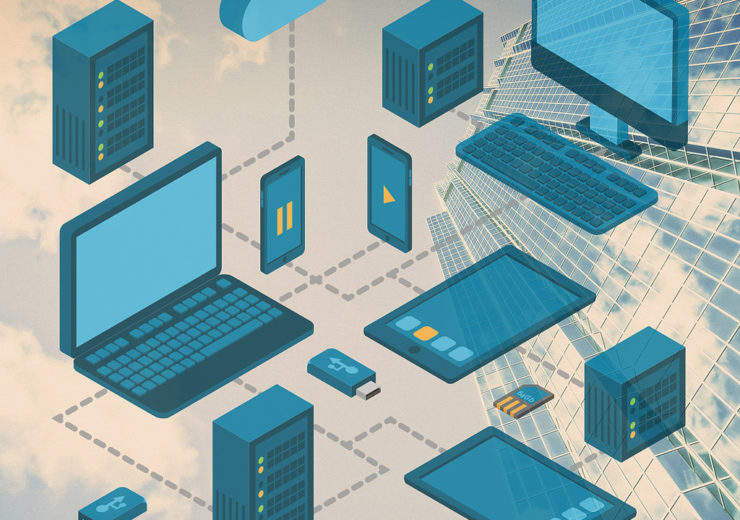 The rollout of 5G in Wales is on the horizon – and steering it will be a group of digital experts looking to maximise the benefits of next-generation connectivity.

Industry leaders from the likes of Ericsson and Cisco have been gathered by Innovation Point, the country’s digital business growth agency, to help Wales implement the technology in a way that will support the wider 5G ecosystem in the UK.

Mobile networks of the future will make mobile and wireless communication much faster, in addition to making concepts like automotive connectivity and personal medical devices a reality.

The full list of those included in the group is as follows:

Professor Gibson said: “The potential of 5G is significant and presents a timely opportunity for Wales to improve its economic performance, its people’s quality of life and the connectivity of its communities.

“We have an opportunity here and now to ensure Wales is able to take advantage of the benefits created by 5G and establish areas where Wales can demonstrate original thinking and capitalise upon the resulting innovations.”

In an interview with Compelo, he spoke more about the expert group, why it’s needed and what the implications of 5G in Wales and across the UK could be on a broader scale.

5G in Wales: What does your role at Innovation Point, the Alacrity Graduate Entrepreneurship Foundation and at Wesley Clover Corporation entail?

Wales has a thriving digital tech cluster along the M4 corridor from Newport to Swansea, and more potential that it is often given credit for.

Through chairing Innovation Point and the Alacrity Foundation I have had the opportunity to see the commercialisation opportunities presented in Wales.

Innovation Point has a simple philosophy in that it enables the bringing together of innovation and entrepreneurship.

The most successful places on earth have those two things recurrently working together and we want that for Wales.

I am really proud of the work that Innovation Point has delivered in such a relatively short space of time.

Established in 2016, it has created momentum and  is now an important conduit between Welsh entrepreneurs and the SME (small to medium-sized enterprise) community, whilst concurrently underpinning the important relationships with funding agencies such as Innovate UK and the DCMS (Department for Digital, Culture, Media and Sport).

Increasingly we are being approached by entrepreneurs, industry, government, academia and sources of risk capital asking for our help.

The 5G commission from the Welsh Government is one of a few recent examples of this, where we have helped to prepare and shape a coherent national programme in Wales.

I am equally proud of the work of the Alacrity Foundation, a Newport-based educational Foundation, which provides entrepreneurial graduates with opportunity alignment, applied business training, software skills, mentorship and access to significant start-up capital.

The Alacrity Entrepreneurship model has established itself across the Globe from its origins in Wales, and its centres are now operating in France, Turkey, India, China, Mexico and Canada.

5G in Wales: What is 5G and what impact could it have?

The term 5G simply stands for “Fifth Generation Mobile Networks”, and like its predecessors 3G and 4G it has huge global potential.

It is set to make mobile and wireless communication far faster than previous generations opening up huge potential for mobile data users – think phones, automotive connectivity, personal medical devices and so much more.

Here is some historical context:

5G in Wales: When do you think it could be implemented at scale in Wales, and the rest of the UK?

The UK government has set out its ambition for the UK to be a global leader in 5G.

To do that we are competing with countries like the USA, China, Japan and even our European cousins in France and Germany, who are all seeking to launch 5G networks later this year (2018) or early next.

Through the UK government’s 5G programme, including initiatives such as the Testbed & Trials Programme run by the DCMS, we are seeing the green shoots of 5G – but large scale roll-out isn’t set to begin until late 2019 or 2020.

It could take even longer to see widespread 5G coverage in the UK, say 2023 or later.

That said, there’s a chance some networks will be slightly ahead of the game, and we want Wales to be seen as an attractive location to accelerate this roll out.

It is important for us to get the message across that we are a perfect, ready-made test environment for 5G networks and applications.

We have access to major capital sources such as the multi-billion pound Cardiff and Swansea City and Growth deal in North Wales.

The spacial form of Wales is an interesting combination of urban, rural and coastal configurations.

It also has access to unique areas of unrestricted airspace for aerial experimentation. The access to talent in Wales from our seven universities is also a key enabler for the development of 5G solutions.

My challenge is, “Why wouldn’t you?”.

5G in Wales: What are the main barriers you see to this progress?

There will be many, but I will focus on three:

Unless there is greater collaboration between the communications industry, risk capital  and government, as well as planning policies that support the rollout of network infrastructure, the UK and Wales, it will struggle to achieve its ambitions of being a global leader in 5G.

These barriers ranged from proving the economic case for investment in 5G infrastructure to the planning regulations needed to enable efficient deployment of said infrastructure.

From a practical point of view, 5G deployment will involve adding more equipment and masts to existing sites, as well as building more sites at scale.

This increased density will require government to better enable network providers and their local partners to plan an efficient deployment of 5G with appropriate planning regulations and known standards in place.

Spectrum availability is not limitless. The radio frequencies used for 3G and 4G are already crowded and 5G will need to run on higher frequency bands to deliver the faster data speeds.

The spectrum for 5G is available but there remain concerns about radio spectrum running out.

Radio spectrum access is essential to a modern global society. It underpins economies and provides significant social value by enabling access to a huge range of applications and services.

It powers our ability to seamlessly share information wirelessly today, and its importance is growing as it becomes the technical foundation for the internet of things (IOT).

Our industry is now being challenged to come up with smarter ways to use what is available – for example, by making spectrum available on demand and only allocating the amount required for a particular task.

This is why, just last month, QinetiQ in collaboration with Aberystwyth University and the Welsh government convened a special Focus Event to explore the creation of an innovative National Spectrum Centre in Mid Wales.

The concept of the Centre is to research, develop and test the next generation of spectrum-dependent systems in areas such as cyber security, intelligent farming, autonomous vehicles, digital healthcare, 5G and Internet of Things (IoT), whilst creating new high value jobs in Wales.

If we can deliver on this concept, one of the identified major barriers to deploying 5G at scale will be overcome in Wales, and that will give us a competitive advantage.

Network operators have already spent billions on 4G networks and until they have developed 5G, they don’t know what it will cost.

They do know it will be expensive and will only invest if they can recoup outlay on 5G.  This is commercial reality.

Recent research from Ericsson found that consumers anticipate much faster speeds and better coverage from 5G.

However, 13% expect their price plan to drop. Others won’t be willing to pay any more than they do now, which is a dilemma for operators.

5G in Wales: What roles do you feel the public and private sectors should play in the mass rollout of 5G?

To achieve a mass roll-out will require us to mobilise five stakeholder groups – entrepreneurs, university, government, companies and risk capital or money.

I have been saying all year that, if you look at the most successful regions in the world you will see all those five stakeholders are tightly linked together. But we’re not.

We have to address this, which will be a key focus for the expert advisory group (Wales) that we launched just last week.

Government and universities do seem quite tightly aligned, but I’m not sure government is well-aligned with business.

What about our universities and government being aligned with risk capital? It’s not really, although we do have the Development Bank of Wales which is already showing how it can help with a different approach.

If we can get these five stakeholders talking to each other positively, I am confident jobs will flow, services developed and wealth created through the adoption of 5G.

5G in Wales: Could you talk about the creation of this expert group, and how the idea came about?

There’s a bit of a story here, in that we (Innovation Point) pulled together an excellent 5G workshop – on a boat – in Cardiff Bay last year as part of our annual Digital Festival.

This led to the Welsh government inviting the team at Innovation Point to develop a short-term proposal for accelerating the arrival of 5G in Wales, as part of its economic regeneration strategy.

As part of our proposal to Welsh government, we recommended the creation of an expert group that could provide critical leadership and guidance to Wales.

I think the calibre of the people we have brought to the table speaks for itself and will undoubtedly enable us to take advantage of the benefits created by 5G and establish areas where Wales can demonstrate original thinking and capitalise upon the resulting innovations.

Mobilising Wales to deliver on the potential of 5G will require us to mobilise five stakeholder groups – entrepreneurs, university, government, companies and risk capital or money.

If you look at our group, we have done just that. The panel members were chosen because they have been there, seen it and delivered it.

We are so lucky that they want to help Wales.

5G in Wales: What are your hopes for what it could achieve?

Over the next decade, successful development of a bespoke Wales 5G infrastructure and the services it enables could play a crucial role in the wider UK’s productivity, economic growth and social wellbeing plans.

These technologies promise to transform priority areas such as mobility, healthcare, energy, manufacturing, and a host of other sectors.

The expert advisory group will operate autonomously from government, provide a leadership focus for the Wales 5G ecosystem, and advice to government as it further develops its 5G policy and programmes.

The expert advisory group is a vital part of the work Innovation Point is taking forward on behalf of Welsh government. The role of the group will be to:

The establishment of an appropriate group of experts to prepare and help shape a coherent national 5G programme that delivers impact, innovation and scale in a Wales, and hopefully the wider 5G UK ecosystem.

At the end of its tenure, my hope is that we will have done our utmost to ensure that Wales is an innovator and creator of successful services on 5G platforms.