Can essay writing companies survive a government crackdown to ‘beat the cheats’? 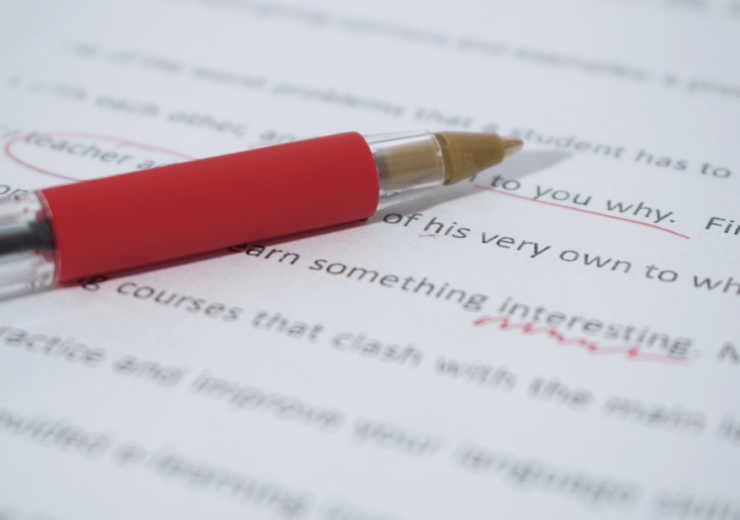 Essay writing companies offer a “valuable and legitimate service” for students, says one of the UK’s biggest firms in the sector as the government begins a clampdown on the practice.

Daniel Dennehy, chief operating officer of All Answers, the parent company of UK Essays, claimed his service was “active in preserving academic integrity, educating our clients about plagiarism and combatting the issue of cheating”.

Yesterday, the UK’s Department for Education announced new measures intending to “beat the cheats” and bring an end to companies that offer to write “model answer” essays and dissertations for students in exchange for cash.

Google and YouTube have also responded by removing “hundreds” of advertisements for these websites from their platforms.

Mr Dennehy is keen to draw a distinction between his Nottingham-based essay writing service and other companies that promote cheating.

He said: “Ethically, we do a lot of policing internally, working with our customers and students, to make sure that the work that we provide is used correctly.

“I understand where Mr Hinds is coming from but there are legitimate companies out there that are striving to achieve academic integrity.

“We need to work with the universities to resolve the issue at hand.”

UK Essays claims to have more than 25,000 customers and 500 active writers who have contributed 1.4 billion words to the service since it was founded in 2003.

Prices for essay writing services start at £28 for diploma and undergraduate students, rising to £5,785 for a 20-page PhD dissertation.

Mr Dennehy doubts whether the government’s proposed methods for clamping down on the practice will have any impact.

He added: “If someone wants to purchase a model answer, removing the option to pay via PayPal won’t sway their decision.

“Looking to make the service illegal will simply put the demand for these services underground and, if this happens, an invaluable opportunity to gain control over the industry will have been lost.”

UK government is aiming to ‘beat the cheats’

The Department for Education is hoping that a combined effort between the government and private sector will help to bring an end to students using the pay-for-essay companies.

Mr Hinds claimed in a statement this week that such services facilitate cheating.

He said: “It is simply unethical for these companies to profit from this dishonest business, which is exploiting young people, and it is time to stamp them out of our world-class higher education sector.

“I am determined to beat the cheats who threaten the integrity of our system and am calling on online giants, such as PayPal, to block payments or end the advertisement of these services – it is their moral duty to do so.

“There has been some positive progress made by some in the tech sector but it is vital that we all unite to clamp down on this practice and the companies that are feeding on it.”

However, Mr Dennehy believes this is a short-term solution that will make conducting business more difficult but won’t solve the actual issue.

He said: “We’ve been very open about speaking directly with universities, the Quality Assurance Agency for Higher Education (QAA) and Damian Hinds.

“We’ve been in the industry now for over 15 years, so nobody knows it better than ourselves.

“Our recommendation, which has been the same for over a decade, is for regulation.

“It would allow all parties to enhance control over the issue and mitigate any harm that could come from that.”

Mr Dennehy instead recommends creating a register of usage, which can be updated when students have used an essay writing company with their student number and a copy of the work that was submitted, and the universities can then cross-reference.

How many students use essay writing companies?

A 2016 study from the QAA, which safeguards higher education standards, found 17,000 instances of academic offences in the UK per year.

A Swansea University study published last year found that one in seven graduates (15.7%) since 2014 admitted to paying someone else to undertake their assignment for them, potentially representing 31 million students across the globe.

However, the actual number could potentially be much higher as plagiarised essays often go undetected, said the university’s Professor Phil Newton.

Commenting on the government clampdown announced this week, QAA chief executive Douglas Blackstock said: “The UK has a world-leading reputation for the standards and quality of its higher education and we are not going to let these companies undermine it.

“Companies that try to entice students to buy so-called plagiarism free essays pose a real threat to the academic integrity of our higher education.

“These unscrupulous operators, increasingly and falsely marketing themselves as providing legitimate study aids, must be stopped in their tracks.

“Hundreds of essay companies across the world use online platforms to promote or transact their services to students.

“We applaud the government for putting pressure on these powerful platforms to stop doing business with essay cheat companies, making it increasingly difficult for them to find an audience for the unscrupulous services that damage reputations and lives.”

Other methods used to tackle plagiarism include software solutions, such as Turnitin – which can identify incidences of cheating from submitted essays – and an honour code system, similar to the one used in US universities, that requires students to sign a contract promising not to cheat.