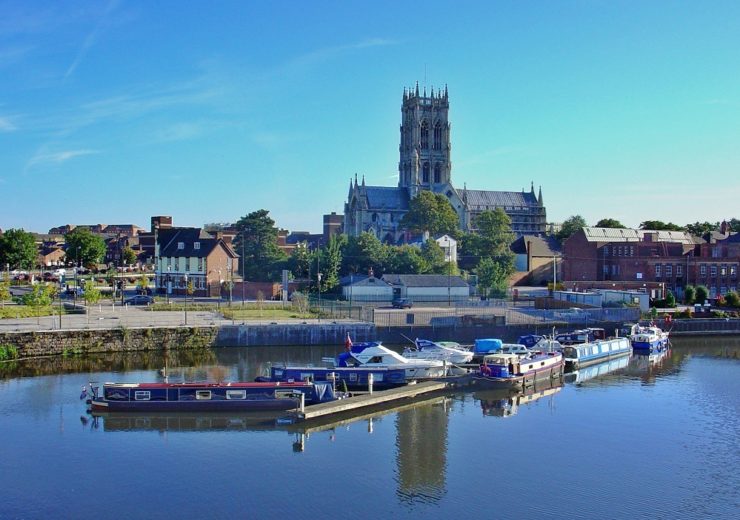 To say the high street is struggling right now would be an understatement, but there are ways of keeping it relevant by innovating retail spaces. The chief executive of Doncaster Council spoke at an event on the future of retail hosted by the Resolution Foundation think tank about how the local authority has refreshed its town centre and boosted the economy. Dan Robinson was in attendance

When BHS, the department store chain that was a fixture on the British high street for 88 years, collapsed in June 2016, it left many town and city centres with a huge void to fill – quite literally, given that many of its stores were tens of thousands of square feet.

Three years later and at a time when retailers are downsizing rather than upsizing, many areas still haven’t found a new occupier for those sizeable units, while others have called in the familiar downmarket names like Primark, B&M Bargains and TJ Hughes as a stop-gap solution.

But in Doncaster, the 28,000 sq ft site was turned into a trampoline park within six months.

Doncaster Council chief executive Jo Miller credits this to the “flexibility and certainty” of her organisation’s planning process that enabled the building’s use change.

“There was also a determination on our part not to have a key site vacant,” she says at the launch of a report into the future of retail by the Resolution Foundation think-tank this week.

“There’s much we can do to bring communities into town centres, and having an innate understanding of place is really important.”

The Flip Out centre, which features rows upon rows of trampolines, a ninja obstacle course and café, may well just be the latest example of a craze that has grown in recent years.

But it also shows how locations like this large and historically unfashionable South Yorkshire town – its 305,000 population is larger than cities like Newcastle and almost as big as Iceland, Jo is eager to point out – can turn the high street from a centre for shopping to an “experiential place” in which leisure and retail combine to attract more visitors.

Like many towns and cities in the North of England, Doncaster’s economy is rooted in coal mining.

Prior to the miners’ strike that begun in 1984, it was home to nine of the 56 Yorkshire collieries, with the pits a major employer.

But most of them closed in the 1980s and 1990s, in sync with the rest of the UK as Margaret Thatcher’s government embarked on a policy to shut mines, with the last one lost in 2015.

That same year, local authority wards in Doncaster – along with the nearby towns Barnsley and Wakefield – were said to have some of the highest levels of deprivation in Britain, according to the Indices of Multiple Deprivation score collected by the government.

The impact these job losses have had on the community – it’s not uncommon to see Doncaster feature prominently in “worst places to live in the UK” lists – has not been lost on its local authority.

Jo is keen to point out how public funding cuts have forced her to shed a third of her staff in recent years and limits what she can spend on rejuvenating the town when there are other pressing concerns to prioritise.

She says: “We refuse to be defined by what we don’t have, which are things like the big education institutions that big cities have or the power countries like Iceland have.

“Our economy was built on coal mines and the head of the National Coal Board rightly said Doncaster was the ‘poster boy for badness’ in terms of how not to run a city a while ago.

“But I’m very confident that’s changed and it’s not just because of the council – but fundamentally, our role as a local authority has been to bring together people from the private and public sectors so communities can act together to make our place the best it can possibly be.

“To those policymakers who say our priorities should be defined purely in sustainability terms and whether they can pay their debts, look after old people and children, I’d say come and spend a day in our city.

“Because that won’t give you a thriving economy and community. We can’t have a strong vibrant community and strong vibrant economy separately – those two things must go hand in hand.

“So retail alone won’t save retail.”

How the high street in Doncaster has transformed

Retail vacancy rates for UK town centres were at 9.9% in January 2019, according to the British Retail Consortium and Springboard – a year-on-year increase of 1% as footfall dropped by 0.7% to mark a 14th consecutive month of decline.

A grim picture indeed, but in Doncaster it was even worse, with 20% of its shops empty in the same month – and 14% in the “retail core area”, which includes the main high street and Frenchgate shopping centre.

But part of the problem, Jo believes, has been an imbalanced town centre.

In a similar sized town or city, the average proportion of buildings being used for retail purposes is 26% but in Doncaster, the figure was 43%, according to a report last year by the Centre for Cities group.

And while you’d expect about half the units to be used as offices according to a national average, only 19% are in this town.

This comes back to Jo’s belief that an “innate understanding of place” at local level is one of the most important factors in any town or city centre regeneration.

While some of this growth has come from the out-of-town logistics sector, Jo points out that about 85% of Doncaster’s businesses are SMEs.

The key for the council has been in getting those independents on board to boost the town’s wider offer through arts and culture events.

The Delicious Doncaster Food and Drink Festival is now held annually in May, featuring chefs from TV show The Great British Bake Off, while there has also been Doncaster Art Fair, a “living advent calendar” with events at 24 businesses in the countdown to Christmas, and a role in the Tour de Yorkshire cycle race.

Last year’s DN Festival of Light featured a Museum of the Moon – a seven-metre wide installation of lunar imagery and surround sound composition located within the 19th century Doncaster Minster.

“We can see what that did to the retail take that week and it more than paid for itself.

“That’s now encouraged businesses to put their own money into a culture fund so we can now increase the number of events.”

The council is spending £46.2m – a mix of public and external funding – on various projects to replenish the town centre and make it “more experiential”.

It says this money will directly impact on the high street and involves schemes such as giving small grants to independent businesses for improving shop frontages.

Social media training is given to retailers, with the Living Advent series last Christmas helping featured businesses reach more than 100,000 people each day.

Jo adds: “We’re also working with the big retailers that know when you have a click and collect-type world, being able to show off your independents alongside that enhances the retail experience and doesn’t compete with it.

“Town centres have to be experiential. It requires constant change and big investment decisions.

“But more than anything, it requires big, bold leadership decisions – which can only happen at local level.”