POC In Play is a new movement that aims to bring more racial diversity and inclusion to the video games industry. Ahead of the first first meet-up this week, its co-founder Des Gayle talks to Sam Forsdick about the issues his organisation aims to change 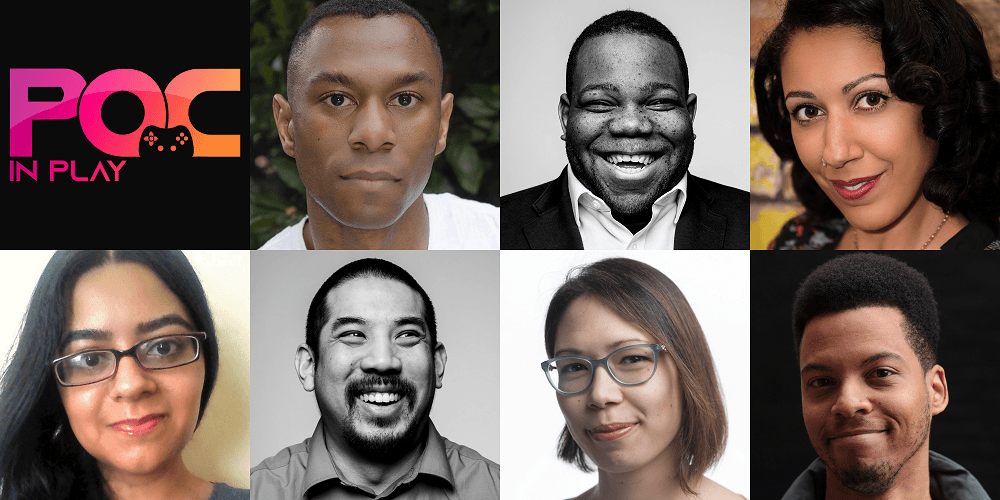 From working for EA to setting up his own studio and helping to launch the original Xbox, Des Gayle has had a long and varied career – but the one thing that’s persisted throughout that time is the issue around diversity in the video games industry.

It found that only 1% of respondents identified as black or African-American and only 4% identified as Hispanic or Latinx – the gender-neutral term for people of Latin-American ethnicity.

The UK industry follows a similar trend, with only 4% being from ethnic minority groups, according to the most recent figures.

What is POC in Play?

POC in Play, a new movement promoting racial equity and inclusion in the video games industry based in the UK but with international aspirations, hopes to change these figures.

Des Gayle, one of the seven founders of POC in Play, believes that “diverse teams make better games”.

He adds: “The video games industry has had a diversity problem from across the spectrum, in terms of gender, disability, mental health and other minority groups.

“We’re hoping to get every company we can to consider their diversity and inclusion policy and what it means to them.”

POC in Play – the acronym stands for “people of colour” – launched in late February and will host monthly networking events starting this week.

The meet-ups offer a space for workers in the industry to meet, network and gain advice from expert speakers, with future plans for workshops and opportunities to showcase work.

These initiatives will be designed to increase the visibility and representation of people of colour in the video games industry.

How a lack of diversity affects the video games industry

This racial bias is often reflected in the games being created.

For example, The Witcher 3 , one of the highest rated games of the past few years, doesn’t feature a single BAME character, despite taking over 100 hours to complete.

As one video game journalist put it: “In The Witcher 3, all humans are white and every other being is non-human. That’s not exactly friendly or inclusive of people of color.”

Statistically speaking, any character that appears in a video game is 80% likely to be white.

Des says: “We want to do some more cultural research because the easy answer for developers is to put more BAME characters in the game, but we want them to be representative.

“It can’t just be for tokenism, you need to believe in the character while you’re playing the game.”

Des also claims that having people from more diverse backgrounds within the industry will stop developers from making “glaring mistakes”.

One such glaring error that remains at the forefront of Des’ mind is a trailer for Capcom’s zombie game Resident Evil 5, which features hundreds of black zombies getting gunned down by a white man.

He says: “It shows an African village before they are infected, and none of the villagers were shown in a natural or non-threatening light.

“They are depicted lurking in shadows or with aggressive facial expressions.

“If someone on that team was a person of colour they would be able to turn around and say that it wasn’t right.”

How to address diversity in the video games industry, according to Des Gayle

Having previously worked for some of the biggest developers in the industry – including Crytek, EA and Square Enix – Des decided to set up his own video gaming company Altered Gene in 2013.

However, he admits finding a diverse talent pool for the Brighton-based studio, which has developed mobile games Redzone Runner and Hyperstellar SV, was difficult at first.

Des says: “When I left full-time employment to start my own company, 95% of my contacts were white males.

“When we were starting out the main motivation was to get something made, so I went to people I could trust and worked with before.

“But I always had it in the back of my mind that I needed to make a concerted effort on diversity.”

Once the company was established and had published its first game, Des began to use positive discrimination in his hiring practices.

He explains: “I joined BAME gaming groups to find people, I joined women’s networks and went outside of games to tech events to get cultural and work experience diversity.

“People outside of games can bring valuable ideas to the table as well.

“It’s worked very well for us.”

When developing its first game, Altered Gene had five employees, one of which was female – Des admits this was “not great” but was still above the industry standard at the time.

The split now is three to two but, as the game nears completion, the team will grow to 15 and he will try to get the split as close to 50/50 as possible.

“Every game I’ve worked on since has had good geographic diversity, gender diversity and ethnic diversity,” says Des.

“We’re still quite poor on neurodiversity because that can be tough to identify but I’ve recently met a charity called Autistica who might be able to help by posting our job adverts.”

How is the video games industry addressing diversity?

Like the TV and film industries before it, Des feels the video games industry is ready to take note of how it addresses racial diversity.

He says: “The video games industry is young in comparison to film and TV, and it needed time to establish itself and become more mature in its business practices.

“When you speak to massive companies, it’s often the impact on the bottom line that makes things change.

“If you’re selling millions of copies of Call of Duty or Grand Theft Auto, that success wrongly teaches you that everything is fine.

“But if you could reach a few more people or be a bit more representative in your games, it could have much more of a cultural impact.”

Watch Dogs 2 is one of the few video games to feature a black protagonist (Credit: Ubisoft)

But some of the biggest companies in the video games industry are beginning to show signs of change, with blockbuster games such as Far Cry: New Dawn and Crackdown 3 creating leading roles for people of colour.

Des adds: “Many of the big companies are now hiring diversity and inclusion experts, and EA has surveyed its customers to see what they want included in video games from a diversity perspective.

“So places are beginning to recognise that they need to change.”

The first POC in Play networking event will be held on Friday (22 March) from 7pm to 9pm at video game publisher ustwo Games’ studio in the Oval area of London. Sign up here.