Businesses are facing a growing challenge from digital disruptors. Dell EMC and McLaren discuss how they have used digital transformation to beat this new breed of companies 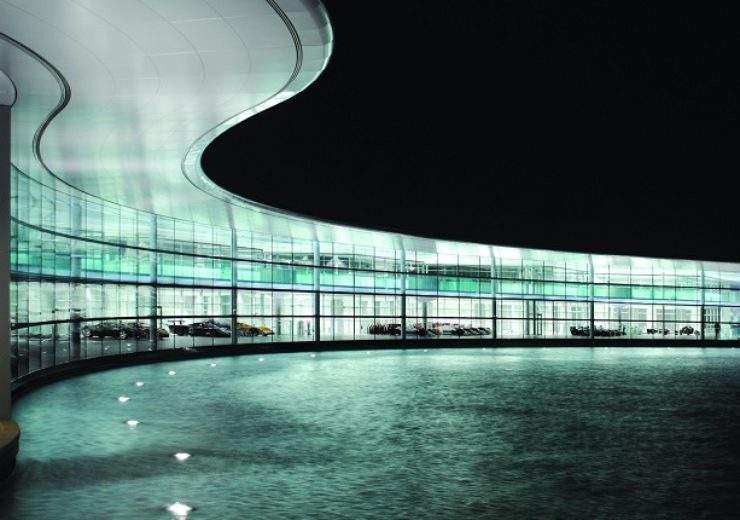 The fastest-growing businesses in the UK all have one thing in common – they have digital strategies ingrained in their DNA. But how can established companies beat the challenge from digital disruptors?

Claire Vyvyan, senior vice-president of commercial at Dell EMC UK – the data storage subsidiary of Dell Technologies – defines disruptors by the fact their entire business strategy is based on their use of technology.

Speaking at the annual Dell UK Forum this week, she says: “Digital disruptors like [online food delivery service] Deliveroo don’t have an IT department – for them, the whole company is IT.”

For older companies like Dell, which was founded in 1984, digital transformation is key to staying ahead of the competition.

Dayne Turbitt, senior vice president of Dell EMC UK, says: “There’s no doubt that if you don’t adopt digital as part of your value creation, you are going to be out of business in some way.”

Since Dell EMC made fundamental changes to its business structure, there has been a 54% growth in productivity and the company is set to double in size by the end of the year.

Embracing the digital world as a mature business

This year’s Dell Digital Transformation Index report found that only 22% of UK businesses are worried about the consequences of not keeping up with digital developments in their industry.

John Allert, chief marketing officer for motorsport team McLaren, realises that it is vital for the company to continue to innovate to stay ahead of the competition.

“We are a mature business with over 50 years of history,” he says.

“But because we embraced this digital world at a time where people weren’t even talking about digital transformation, it has made it a lot easier for us to transform because we already had some of the foundations in place.

“For other businesses to not even recognise the scale and pace of change, and the challenge around them, is worrying.”

The success of companies such as Deliveroo – which was named the UK’s fastest-growing tech firm in a Deloitte report last week with almost 16,000% growth in the past four years – come as no surprise to Mr Allert because it was a new company that developed out of the digital age.

McLaren has three core businesses. One is a fast-paced research and development-driven engineering business in motorsport.

There is a traditional design, manufacturing and engineering business that produces high-end road cars and sells roughly 5,000 a year.

And it also owns an applied technologies business.

Comparing the different McLaren branches, Mr Allert says: “I think transforming a traditional company, like we are trying to do with our racing business – compared to our technologies business, where that has become currency from its inception – are too massively different challenges.”

It can also be harder for older businesses to change the culture of their staff and update their systems in order to benefit from digital transformation.

Mr Turbitt adds: “We see a level of complacency and a level of challenge, especially in the UK manufacturing sector.

“We are an older manufacturing company so there has been a lot of investment in equipment that was manufactured before the digital age and the cost of digitising that is huge.

“Before you can do that, you can’t benefit from technologies like the Internet of Things.”

“Imagine a Formula 1 grid with 20 cars as an industry, the difference between first and last in terms of performance is less than 2%.

“If you take that difference into retail or manufacturing companies are just struggling just to keep pace with the rest of the industry.

“The spend in Formula 1 at the moment is frankly out of control and we are being outspent by a rate of five to three by those at the front of the grid.

“To catch up, let alone overtake and sustain an advantage, you need to be doing things differently rather than just spending more money.”

According to Mr Allert, that means making fundamental changes to your company and its culture.

He adds: “The nemesis of our brand is not any other business or industry, it is mediocrity.

“You need to be making fundamental changes to your company culture, the agility, the robustness of your systems and the dynamism of the people you have using those systems.

Creating a diverse workforce that is ready for digital transformation

One of the first changes Mr Turbitt implemented when forming Dell EMC in the UK in 2016 was to change the recruitment strategy.

“Companies have to create a culture that is open to continuous learning,” he says.

“When I recruit, I am looking at their attitude and their learning agility.

“Bringing knowledge and experience to a company is only valuable for the first year – if they don’t progress the next year, that knowledge will be obsolete.”

In order to achieve this figure, a new approach to hiring was required.

Mr Turbitt says: “Most of our customers are banks, which is traditionally a male dominated industry, so our gender diversity wasn’t very good either.

“We realised that we wouldn’t be able to go out and find a woman who’s been selling in the financial sector for 15 years and understands storage – those individuals are like hen’s teeth.

“That’s why we focused on the next generation.

“We built two schools, a talent academy for our sales people and an engineering academy for our technical people, and we focused on hiring graduates and early career individuals into our talent pool.

“I’m very proud to say that 71% of our intake in that space has been gender diverse.”

This created a new dynamic in the office where the number of people aged 25 or below went from seven to 75.

“You were no longer in the majority as a 45-year-old man, which made things interesting,” says Mr Turbitt.

“We had all these opinionated youngsters coming in who understand tech and we focused on giving them a voice.

“Diversity went from being a gender issue to being an age one as well.”

McLaren have also worked to rejuvenate its workforce.

Mr Allert says: “Ten years ago, the chairman of the company didn’t even have a PC or laptop on his desk and he once asked me to send him ‘an internet’.

“I said, ‘if you don’t mind I won’t send you the whole thing’ and it flew straight over his head.

“In those ten years, the whole cultural core of business has shifted and in order to achieve that, there has been a massive turnover in people.

“We have taken on people that are more receptive to that change in culture and people who haven’t been able to adapt are no longer with us.

“As a business or an employee, you either have to adapt or die.”

Since then, the company has moved to create a more diverse workforce as Mr Allert believes “innovation needs diversity of thinking”.

“The days of us having people who look like me are hopefully numbered but it has taken a massive change of mindset from people at McLaren.”

In order to encourage a younger workforce into the company, a change in culture was required.

Mr Turbitt devised a reverse mentoring programme where older people were paired with a younger person in order to integrate the young people into the current workforce and update the thinking of the more experienced members.

The boss was not exempt and Mr Turbitt was partnered with a graduate in the engineering department.

He says the reverse mentoring “completely challenged my thinking and the ways we do things” and described the experience as “invaluable”.

Another step was to restructure the entire second floor of the Dell Brentford office and put in pool tables and table tennis tables.

“It’s become a really vibrant place compared to what it was before,” says Mr Turbitt.

Other Silicon Valley-inspired changes include a relaxing of the dress code and encouraging involvement in out-of-work activities including a scheme where the Dell “techies” help OAPs from the local area to set up their gadgets.

Mr Turbitt says: “It’s hugely rewarding to have than energy and that feeds back into the team and creates a much more productive office.

“Acquisition closed in September 2016 and we launched our new-look organisation in February 2017 – so nearly two years of operating in that environment.”

The result has been evident in employee satisfaction score of Mr Turbitt’s office, which is now at 84 out of 100.