Now more than ever it is crucial to find the most effective way of protecting not just your PCs, but mobile devices too, from cyber attacks. Cyber security expert Orli Gan, of Check Point Software Technologies, talks to Dorothy Musariri about how businesses and the general public can protect themselves from online threats 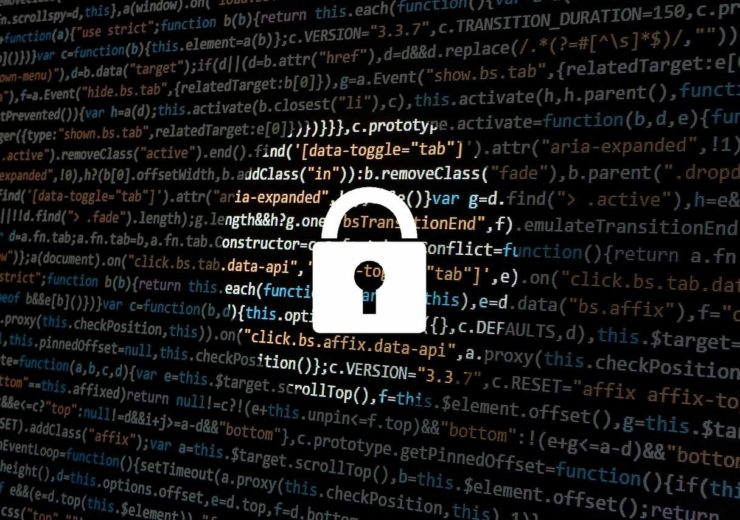 Barely a week goes by without reports of large and small organisations being caught out by data breaches and cyber attacks.

Earlier this year, TSB bank admitted about 2,200 fraud attempts were made to its database, while Ticketmaster, Amazon-owned supermarket chain Whole Foods, airline Delta and Adidas have had their systems breached by hackers in recent months.

Today (3 July), the upmarket department store Fortnum & Mason also announced about 23,000 of its shoppers had their personal data stolen in a cyber attack.

Orli Gan, head of products and threat prevention at Israeli IT security company Check Point Software Technologies, shares her tips on what companies can do to avoid these attacks from occurring.

Before she became a highly influential individual in the cyber security industry, Ms Gan had worked at several companies within the same field.

She later moved to Check Point in 1997, where she took on a role as director of R&D at its Californian office.

Ms Gan is now a leading authority in artificial intelligence (AI) and machine learning techniques, as well as cyber security threats, at the firm.

Speaking to Compelo, she discusses the heightened threat of cyber attacks on mobile devices and how the company she works for is looking to implement security software for machine learning and AI.

Could you give us a brief background about Check Point?

Established in 1993, we are one of the longest-running independent security vendors in Israel.

We are the only ones who have not branched out. We’ve been doing it for 25 years and in that time a lot has changed in the world, so we have evolved over the time.

Today, we offer security for every aspect of your IT, which will work on all networks, including clouds.

Check Point offers security on all platforms and we have a much more comprehensive and centralised view for security and how to address the challenge because we have this visibility.

Could you explain exactly what cyber attacks are and who is usually affected?

A cyber attack is actually a new name – in the early days we used to say, “our PCs have a virus”.

Viruses were one form of a cyber attack – it was when someone would send you some form of software that would have malicious intent – but we’ve grown from those days.

Today’s cyber attacks are able to execute something even bigger and undesired to the user.

Usually the attacker can be someone who’s trying to make a living from cyber attacks and there’s a lot of that around.

There’s more of that today because it’s much easier and there’s very little retribution, or even penalties associated with cyber crime because law enforcements are basically helpless.

Also, attacks occur when activists want to demonstrate the vulnerability of a company, but are not interested in doing anything necessarily harmful.

Other extremes, which would be state-sponsored or very targeted attacks, would usually be with a high level of sophistication.

You can get an attacker who would also target critical infrastructure as a means of war, but ultimately it’s someone abusing a system to either harm it or to benefit from it.

You’ve recently launched the Infinity platform – what does this involve?

We introduced the Infinity platform in April last year and it’s like a branding exercise.

But it goes beyond that – it extends the model to give a consolidated security platform spanning networks, the cloud and mobile – to prevent cyber attacks and intrusions before they can take hold and cause damage.

We get to have that full visibility and share the intelligence across all those projects. That’s what Infinity is doing.

How are companies and the general public responding to the mobile phone prevention platform within Infinity?

I don’t think it’s treated seriously, as there isn’t a realisation of how great the threat actually is.

I also think it’s bit of a chicken and an egg situation, since there hasn’t been reports in the mainstream media of an attack.

Most of the attacks we hear about are some phishing element, or have some account takeover element, but we haven’t heard of any major big attack on mobile platforms.

The fear factor is not necessarily there. A lot of our publications and research have a lot to do with mobile vulnerability and how many devices are actually comprised without many people actually knowing that.

The stories haven’t made it to the headlines – the fact of the matter is it’s very much happening and when you think about it, we store everything on there.

All our lives are on our phones.

What prior and post-cyber attack advice would you have given to companies who have been hacked?

We are working very hard to produce the latest technology that would combat the latest, greatest and most sophisticated cyber attacks.

Less than 10% of companies are using this technology and up to 7% are using sandboxing, which has been a technology that’s been around for a few years now.

Sandboxing, a mechanism for safely running untrusted programmes, is commonly agreed upon as effective, and very few companies today are actually using it in their infrastructure.

These companies just need to know prevention methods do exist and there are things you can do.

What would you say to companies not willing to protect themselves?

I don’t think there’s anyone today who would say they’re not willing to do anything.

Very often we have customers who would come to us after they’ve been hit and that’s when they realise they have to get the right protection.

Back in the day, we had to explain to people why security is needed, but people know why it’s important these days and it’s really not a difficult task.

How has the risk of cyber attacks evolved since the 1990s?

It was a very different world. If you lost your data in 1997 it was painful, but you’d recover.

Most businesses were not digital and, 20 years later, the world is a different place.

You don’t need to have a digital world today to care about your digital assets because everything is digital now and on a personal level too.

Our data is everything, as is the complexity of how we approach the data and how we use the information.

What effect do you think artificial intelligence and machine learning will have on cyber attacks?

Artificial intelligence (AI) is being used everywhere – we use it for ourselves in places we see it could work.

Right now, it’s still very much in its infancy, and people haven’t looked through what the risks involved are.

I think the greatest risks when it comes to securing AI is that somebody will potentially be able to poison the data, in which the decisions are being made.

It’s not something I can just guess about because since the vast majority of this cyber world is being driven by financial gain.

AI is still in its early stages. Unfortunately we’ve seen time and time again that technology is being introduced into the world without thinking about security from the get go.

We need to think about the implications in a world where a lot of our decision will be made by these machines.

How do we make sure that these machines are not influenced? Once we move to machines, it becomes a larger scale and much more difficult to handle.

Is AI security a new market for Check Point perhaps?

I think it will be, but it’s not so much a market for us because the companies dealing with this are very much doing so in a one-off kind of way.

The common infrastructure to assist all that AI research still doesn’t exist. There’s start-ups beginning to look into that and over time one will emerge.

We are now introducing something that could literally change the world and we consider it the next industrial revolution, so we have to take into consideration the security it needs because if we don’t, we are going to wake up in a world that’s very scary.