Tips on becoming customer-centric companies were given by leaders of Expedia, Eazeand Universe at the Unbabel Customer Centric Conference 2019 in Lisbon 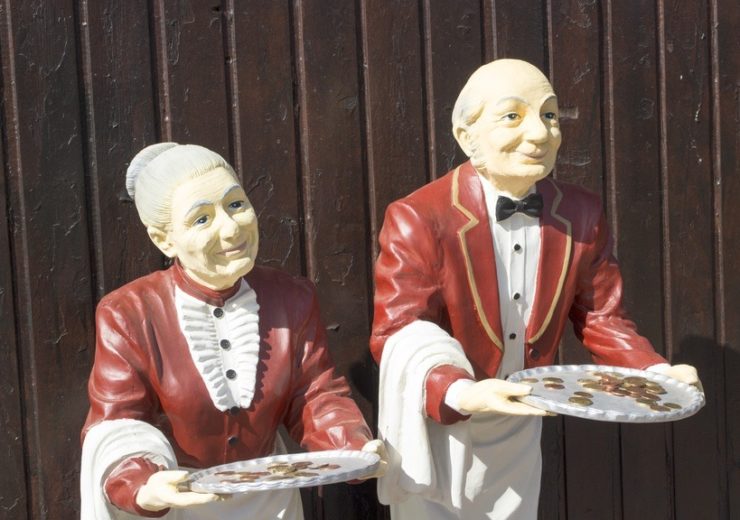 Companies including Expedia, Universe and Eaze say customer service is at the heart of their business

Speaking the same language, admitting failures and even treating people like you like them – these are the key hallmarks of customer-centric companies.

With the rise of automation in customer service – think chatbots and automated voice messages – adding a human touch alongside artificial intelligence has never been more important for businesses to get on the good side of consumers with increasingly high demands.

Holiday booking website Expedia, ticketing website Universe and cannabis delivery service Eaze were among those to share how they’re putting communications at the heart of their businesses at the Customer Centric Conference, hosted by AI-powered language translation service Unbabel in Lisbon.

What is the customer-centric model?

Customer centricity is an approach to doing businesses that focuses on creating a positive experience for the customer.

That’s the view of Michael Ollitervo-Murphy, vice-president of customer experience at Unbabel, who says: “There’s so much work to be done still and the best businesses are the ones that realise this, and are still trying to improve.”

He points out that while free trade and globalisation in the 20th century led to the creation of call centres and extending hours beyond the 9pm to 5pm tradition, the digital era of social media, multi-media and on-demand services has made customer service “really fast and really complex”.

“What’s really important now is to take a step back and focus on what really matters to our customers,” he says.

“We have so many different ways now in how we contact our customers but from a customer’s perspective, less time is being spent on me.

“There’s less personal interaction, less of the value I desire, and it all feels less human for the customer.”

Mr Olliverto-Murphy says customers want clarity on what a company offers, consideration for their needs, calmness to soothe them through troubles and a degree of care.

To meet these needs, he believes companies must train staff with the required skills; be speedy; have the ability to adapt to customers’ moods, cultures and temperaments; and show “sass” to make the relationship personal, pleasurable or at least painless.

Business and technology journalist Jessica Twentyman agrees with the need to adapt, saying the biggest challenge for companies now is to meet sky-high demands from consumers.

Referencing a recent study that found two-thirds of people can’t remember whether they had a customer experience in the past year that exceeded expectations, she adds: “What this says to me is customer expectations are continuously outpacing companies’ abilities to meet them.

“That’s not through a lack of investment or lack of trying, so to me this suggests the main call to action is you have to think bold and act boldly to meet these customer expectations.”

Emotional intelligence is a term being thrown around a lot in the age of AI’s infiltration into the workplace, and Expedia’s Kristina Mercier observes it in action every day.

She heads up the five-strong user happiness team, which acts as a support unit for improving the apps used by eight of the company’s brands and the wider technical support division.

Each team member will spend a lot of time responding to messages from customers and Ms Mercier says she champions the “individual voice” they use to communicate.

“I have one person who uses a lot of humour in her interactions and there’s someone else who’s a lot more direct and kind,” she says.

“They’re all very different but what’s important is they’re all sharing the correct information and experience.

“There’s always a very personal approach – wishing them a good time on their trip, talking about their holiday, asking the customer if they got to see their daughter graduate.”

Such a human input doesn’t need to be lost amid the move into automation, believes Ms Mercier, who spends a lot of time developing the written voice in her team to build relationships, show empathy and turn frustrated customers into satisfied ones.

“I’ve heard suggestions that an artificial emotional intelligence is being created, but it’s not here yet and my goal is to always be ahead of the curve,” she says.

“We’re the humans who are taking the trips, so it’s important to work on ourselves first to keep the humanity.

“That creates a cycle, which ultimately leads to better user happiness in any given situation.”

Mr Mercier believes the so-called “empathy economy” is a direct response to the digital economy that has brought widespread automation.

She adds: “Emotional intelligence is the most important thing for saving the planet in a world of AI.”

While online is now the primary platform for selling tickets in most parts of the world, the same is not the case in the Philippines.

In the South East Asian country, most consumers prefer to visit physical ticket booths to pick them.

So when Ticketmaster-owned ticket platform Universe was brought on board for a major indie band’s gig to combat perceived fraud in the booths and ticket touting, it decided to meet its customers halfway.

Senior director of operations and finance Marissa Gordon says: “People could order tickets online,  get confirmation and then physically pay for it at the till, just as they would previously.

“That was our way of meeting the customer where they were at and take those learnings to move forward from there.”

Delivering cannabis to people’s doors quicker than they receive a pizza is the main goal for Mick Frederick.

As vice-president of customer experience at Eaze, he is tasked with making the delivery of medicinal marijuana to California and Oregon – where the drug is legalised – as slick a process as for more established e-commerce products.

“Our biggest thing is to make sure the customer gets a delivery in the time we say they will have it,” he says.

“We say we can beat pizza, so as long as I can beat my pizza metric, we’re happy.”

Mr Frederick has taken an unorthodox approach to building his team after inheriting staff with more of a technical focus who had only a “casual knowledge” of the product.

“I wanted to make sure people weren’t having bad experiences so we created a concierge service where we basically gave the entire experience someone would get from a dispenser without smelling the flower,”  he explains.

Admitting he’s the sort of person to “eat my own dog food” when it comes to testing out the products Eaze delivers, he recalls an experience he had when making an order on the five-year-old company’s app.

He says: “The delivery driver came to my door and she was very happy – all bubbles and joy, perhaps a little overwhelming for my hungover mind.

“She asked if I’d ordered from Eaze before and talked to me about the products. She said, ‘I took this last night and it can be a little heavy so be careful, but this other product is really good’.”

Once Mr Frederick revealed who he was, he went on to interview her, bringing her on to his central concierge team the next day.

He adds: “This is a time when cannabis has new intensities, so we have to be responsible and responsive to change.

“I think we’re doing the right thing. Every day we get new customers who come back because we’re authentic, honest, warm and engaging – which goes a long way.”