Salary transparency, unlimited holidays and a flat hierarchy – how this CEO revolutionised a workplace 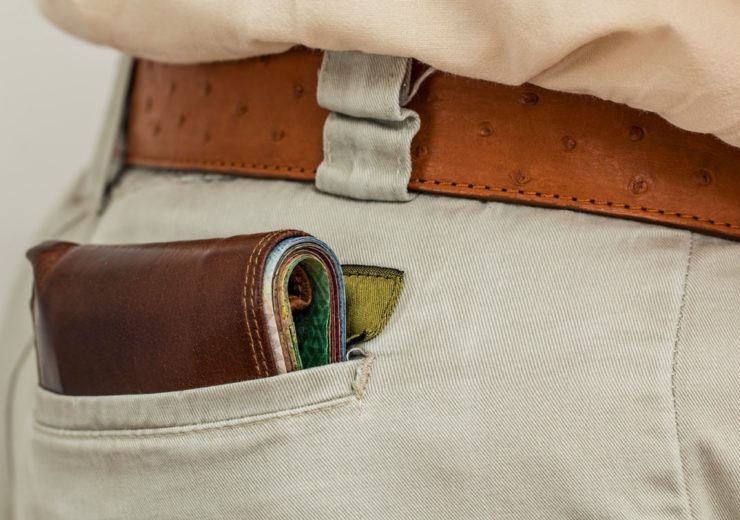 Plenty of companies are now innovating their workplaces with perks like unlimited holidays and flexible hours, but Pod Group went one further by creating a completely flat hierarchy – underpinned by a controversial salary transparency policy. Founder Charles Towers-Clark, also a published author, explains to Dan Robinson why it works

Charles Towers-Clark is a seasoned entrepreneur but there came a time when he wanted to begin taking a step back from being at the very centre of his software business.

He also recognised how his staff at Pod Group needed to take on more responsibility to cope with the rising influence of automation within companies.

Having already innovated his workplace by introducing unlimited holidays for staff, Charles had a more radical idea – salary transparency and a completely flat hierarchy.

The logic, he explains, is that using the collective brain power inside the organisation will yield better results, take the pressure off him and equip staff with the skills and experience to survive in a future working world with greater artificial intelligence integration.

“It’s enabled us to push the decision-making process down to everyone else,” says Charles, who has written a book on the subject titled The WEIRD CEO: How to lead in a world dominated by artificial intelligence.

“My personal belief is this problem of automation needs to be dealt with by the next generation.

“There’s a tendency in education to say that all students should learn how to code, which I think is absurd.

“Not only should we work out how AI will be used to teach and how we can teach AI, but we need to look at how to teach children to be prepared in a world dominated by AI.

“Human skills, emotional intelligence and taking responsibility are nothing to do with AI but they’ll be the most important in the future.”

Charles, 49, had worked in various investment banking roles across Russia and central Asia before setting up Pod Group as one of the first Internet of Things (IoT) providers in September 1999.

About seven years ago, he recapitalised the business and began to focus on growth.

“Before that, I’d tried not to employ anyone because when I was in central Asia, I ran a bank with 150 people and spent the whole time looking after people and dealing with problems,” admits the group CEO.

“But I needed to get people in to grow the business and focus on doing other things, so I decided I was going to do it differently to last time around.”

The first policy he implemented after bringing the first two staff on board in 2012 was to have no holiday policy at all.

Staff can take as many days for annual leave as they wish on the understanding they wouldn’t leave colleagues “stuck”.

Charles says: “The great thing about it is that it’s hassle-free. We didn’t have to manage schedules or work things out for when people are away – everyone just managed it between themselves.

“The only problem was that people didn’t actually take enough holidays.”

Creating a flat hierarchy within the workplace

The impact artificial intelligence will have on human jobs is a well-trodden path – a study by the Organisation of Economic Co-operation and Development (OECD) last year estimated that 66 million jobs across 35 countries were “highly automatable”.

With this in mind, people are being encouraged to learn new skills and polish existing ones so they can adapt in a hybrid human-machine future workforce.

Charles began reading a lot around this subject two years ago and admits to being “very worried” as he believes any process that can be processed will be automated in the near future.

“So you have a scenario where, if people are trained to just do processed jobs, there won’t be much they can offer soon because you can get a robot to do it for cheaper,” he says.

“If we don’t deal with this, we’ll have a huge problem in 15 years’ time because people aren’t being trained to use emotional intelligence and show initiative.

“Those are the things we have that computers don’t, but it’s not what employers are looking for from their staff.”

Around the same time, Pod Group had reached a headcount of about 30 people and Charles believed it was “silly” he was still making all the big decisions.

“I was thinking ‘there’s 30 brains so why isn’t everyone making decisions?’” he recalls.

Various studies have suggested employees who feel more empowered will feel more engaged with a company and, consequently, perform better.

Charles decided the best way to achieve this was to create a flat hierarchy.

He says: “I realised the hierarchical structure made no sense. I told everyone I wanted to stop making decisions and for them to do that instead.”

Pod Group created its own internal application for compiling mini-business plans. It enables workers, no matter how junior, to come up with an idea and then lead a unit established to bring this to conclusion.

Within this unit are people from the marketing and development teams, removing the silos that can otherwise exist.

Charles adds: “By removing departments, we’ve removed communication problems because now it’s a group of people doing a project rather than it going up to a department head and then back down to the people who do the work.”

It was way back in 1597 when the one-time Lord High Chancellor of England, Sir Francis Bacon, famously remarked how “knowledge itself is power” – yet it’s as true today as it was then, as Pod Group’s staff have found out.

It’s all well and good proclaiming how staff can take charge of a project and make all the big decisions to make them feel more empowered but, unless they have full knowledge of a situation, making this a reality can be difficult.

“As soon as someone holds information, they hold power over someone else,” says Charles. “But once you give everyone the information, that power is dissipated to everyone.

“So I wanted to make everything transparent – everything about the company in terms of the operating expenses, net profit, revenue and how much customers were paying us.

“The next thing that occurred to me, though, was that in order to get people to make decisions, they also need to see what the salaries are for everyone else.

“A large part of any cost in a project is the salary of employees so for someone to decide whether we should go ahead with it, they need to be able to understand how many hours of Sam’s time it will take each week, for example.

“But they can’t make a decision on the cost without knowing how much Sam is getting paid. So we made salaries transparent.”

Of all the changes Charles made in the workplace, he admits this was the most difficult to push through.

It took six months in total, a period that stretched the company to its very limit, and was met with significant resistance from senior staff.

But eventually the group CEO managed to persuade every member of staff to sign a contract saying they were happy for their salary to be made public to colleagues.

Charles, who many staff may have been surprised to learn is only the fifth-highest paid employee, says: “The whole thing was about ‘I don’t want other people to see what my salary is’.

“But to me, it made no sense. We’re a tech business and have a 50-50 gender split so if we’re transparent, it removes gender bias in pay.

“Eventually, I asked my senior managers why they were so against it and it turned out they just didn’t like the idea of change, even if it meant we were going to a better place.

When salaries were finally revealed, Charles claims it was a “complete non-event” as most of the comments were that the figures tallied up with prior expectations.

He adds: “There was a bit of ‘if they’re on that much, then I want that’ – but that happened before anyway.

“The difference was that previously they were making demands based on what they thought others were earning, which wasn’t always as much as they believed.

“By opening it up, we got rid of this stupid situation and the assumptions people had.”

A precedent for this innovative concept was set by Buffer, a social media platform provider based in San Francisco.

The only difference with that company, though, was that it went a step further and has published its employee salaries online for everyone to see, not just colleagues, as part of a transparent ethos.

Another workplace innovation Pod Group has introduced is enabling staff to choose their own wages by using market assessments.

Charles adds: “We also say people can come to work whenever they like and choose their own hours.

“All these things are done to get people to take responsibility for what they’re doing.”

Benefits of a flat hierarchy and salary transparency are clear

Despite the difficult six-month teething process while these changes were made, the Pod Group’s revenue has been up 70% each year, now hovering around the £10m mark.

Staff turnover has been virtually nil, according to Charles, while the office has gone from “not a fun place to be during the change process” to having a positive and relaxed atmosphere.

Further growth is firmly in sight but away from the raw numbers, the boss tells an anecdote that reflects just how much his company has moved forward.

He recalls a meeting with his business development director in England, who had arranged a new way of working with customers alongside his counterpart in the Spanish office, in which two or three Pod Group staff would actually work for the client rather than with them.

“It was really satisfying because I had no idea about it and only found out by mistake,” says Charles.

“No one felt the need to ask me whether it was a good idea to change the way we work with customers – and this was a pretty big change for a company.

“I was really pleased when that happened because I realised they didn’t find it necessary for me to be consulted about something important, which is exactly what I wanted.”

He believes most CEOs live by a mantra where the number of questions they are asked by staff is one more than they can answer so they can retain a sense of importance, but Charles reverses this theory to feel he’s been successful if he’s not being consulted.

“Because actually, at the end of the day, it means you have a quality of life as everything doesn’t have to come through me,” he adds.

“I can be out the office for a long time and things will carry on running, while from a succession point of view, if I got hit by a bus it can carrying on running.”