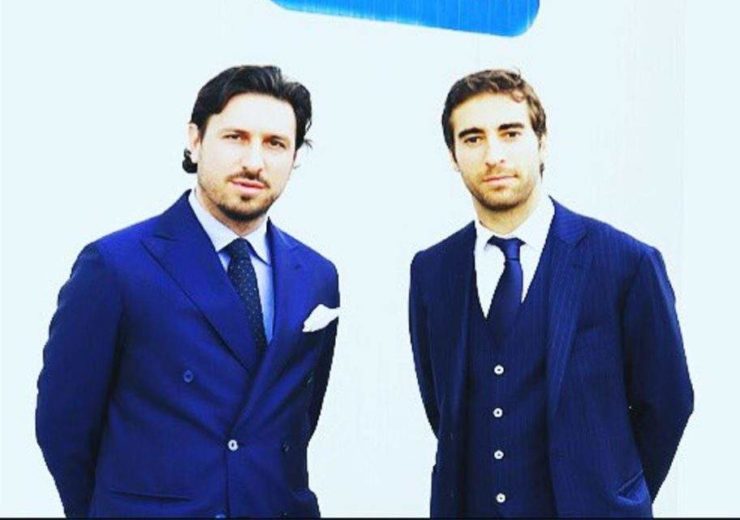 It’s very common to see celebrities make the transition from entertainers to CEOs, with A-listers such as Victoria Beckham, George Clooney and Andy Murray turning their fame and fortune into businesses. We take a look at nine stars who have dabbled in the business world at one point or another.

To promote her signature style and make it accessible to women all over the world, Victoria Beckham launched her self-titled clothing and accessory line in 2008.

Since then, the former Spice Girls member has continued to display her love for fashion, and has gone on to make appearances at renowned fashion weeks – her most recent being New York Fashion Week, where she showcased her “NAME” Autumn/Winter 2018 collection.

However, early this year the fashion business lost £8.5 million, which led to the company dismissing 60 employees. Mrs Beckham has now made deals with American retailers Target and Reebok in the hope of increasing profits.

The 34-year-old footballer-turned-entrepreneur also played for AC Milan, Marseille and Crystal Palace alongside two stints at Arsenal, where he won two FA Cups and played in a Champions League final.

In 2008, he co-founded GF Biochemicals, which became the first firm to mass-produce levulinic acid, a sustainable oil substitute that can be used in plastics, solvents, fuels and the pharmaceutical industry.

The company is said to have enormous potential, with various estimates suggesting it could one day be valued at 20 billion euros (£17.6 billion).

In 2014, levulinic acid was named as one of the 12 biochemicals most likely to produce value in the future by the US Department of Energy.

Flamini says he has invested “a lot of money” into his business, but has not revealed exactly how much and refuses to share information on sales or revenues.

Not all celebrities can effortlessly break into the fashion industry – rapper Kanye West is the perfect example. In 2008, Mr West was due to release his fashion brand Pastelle, but it never came to fruition.

Regularly in the headlines – for his controversial opinions more so than his businesses – the multiple Grammy Award-winning hip-hop artist is now married to Kim Kardashian, is a global trendsetter, and is the proud owner of Yeezy, a clothing company which first launched in 2015.

Since the company’s launch, West has had collaborations with Adidas, Nike and Louis Vuitton – which sadly didn’t last. West and Nike’s affiliation broke down during discussions regarding royalties and creative control of the Air Yeezy brand.

The relationship came to an end and the rapper went on to collaborate with Adidas instead.

In 2009, he ended yet another collaboration with Louis Vuitton after claiming they were too expensive and that he would not be working with the luxury brand for his second line.

The Hollywood actor George Clooney has a successful tequila brand, Casamigos, which made over £700,000 million in sales in 2017.

Clooney started the brand back in 2013 after a trip to Mexico with friends, including real estate mogul Mike Meldman and nightclub owner Rande Gerber. They agreed on a unique selling point of selling tequila that doesn’t cause hangovers – and that’s how Casamigos Tequila came to light.

It is now one of the fastest-growing tequila brands in the world – selling 120,000 cases in 2016 and another 170,000 in 2017. In the same year, the trio behind Casamigos decided to sell the business to British alcoholic drinks company Diageo for up to $1 billion (£728 million).

Not only is she the star of films including Fantastic Four, Good Luck Chuck and Sin City, Jessica Alba also owns The Honest Company, which supplies toxic-free and allergen-free products, such as nappies, shampoo and household cleaning products.

But she has faced lawsuits along the way. One was filed after the plaintiff claimed Alba’s company lied about the ingredients used in some of the products – and another lawsuit claimed the sunscreen didn’t work.

Legal issues haven’ affected The Honest Company’s revenue, however. Sales have rocketed, reaching more than $300 million (£218 million) in 2016, while last year it had an estimated £1.2 billion valuation. Alba has previously claimed to be very hands-on with the company and tries to get as involved as much as possible.

As well as building a huge fortune in sponsorships and tournament pay-outs, Scottish tennis player Andy Murray took home an extra £2.2 million at the end of 2017 from his sports management company 77 Management – the name a reference to him becoming the first British male to win Wimbledon in 77 years back in 2013.

Murray owns the London-based company with entrepreneur Simon Fuller. It was set up five years ago to assist in mentoring the next generation of British athletes.

In 2016, 77 Management increased its shareholder funds by more than £5 million to just over £22 million – with total assets of £35.4 million. In the same year it confirmed profits of £5.4 million.

The famous actor Mark Wahlberg and his two brothers Donnie and Paul are the owners of burger restaurant chain Wahlburgers, which opened its first store in 2011.

The casual dining brand has expanded to some of America’s well-known locations including Las Vegas, New York and Massachusetts. However, Wahlburgers did face some issues last year when one of its New York restaurants had to be shut down.

It was later revealed the closure was due to Wahlburgers’ business practices and standards not being met.  That wasn’t the only trouble; in 2015 another Walhburger was due to open on New York City’s 8th Avenue but because of financial issues the company was facing, it never went ahead

Kim Kardashian-West is the perfect example of how entrepreneurship should be done. While her success might be down to her great marketing skills, there’s no denying that the wife of Kanye West comes up with some rather creative business ideas.

The reality TV star started off as a celebrity stylist, before progressing to become the executive director – and main feature of – her own TV show Keeping up with the Kardashians. She has been thriving ever since.

Kardashian-West has launched business after business – from apps to cosmetics and fashion – and the majority of her businesses have been successful. Similar to her make-up palettes, NAME, her first line of fragrances, sold out within a few hours of its launch. It’s no surprise the star is now worth an estimated £125 million.

We know him for breaking goalscoring records left, right and centre but at just 33 years old, Cristiano Ronaldo also owns two clothing stores and a shoe brand named CR7 Footwear in reference to his name and number.

Ronaldo has also tested the waters in the hospitality industry and recently launched a chain of Portuguese boutique hotels named CR7 Hotels.

Seperately, a few years ago he obtained a luxurious hotel in Monte Carlo for £105 million with his business partner – Donald Trump. Adding to this, the footballer and model is the owner of an apartment in Trump Towers, which he purchased for £12 million.

Wellbeing at work: companies that focus on health in the workplace