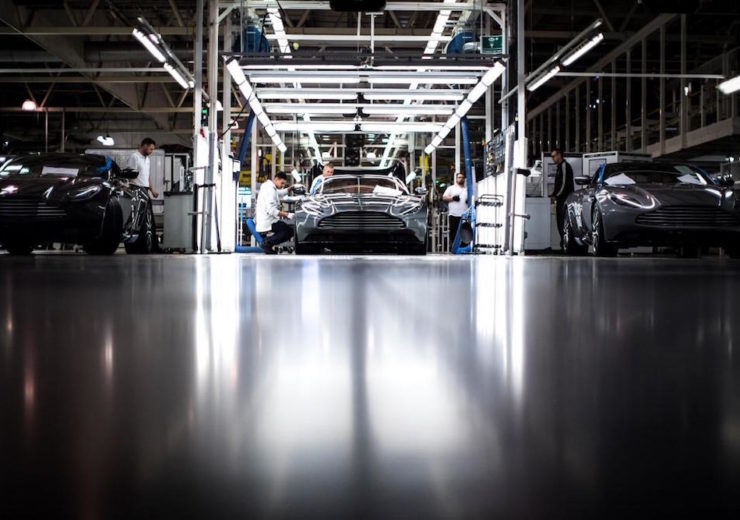 The construction of Aston Martin's Lagonda brand of luxury cars will continue in the UK, regardless of the Brexit outcome (Credit: Aston Martin Lagonda)

Aston Martin Lagonda has confirmed it will not join the rising number of car manufacturers leaving the UK over Brexit.

The luxury car manufacturer and sister brand of Aston Martin – a favourite of James Bond – has headquarters in Gaydon, Warwickshire, and manufacturing plants in Buckinghamshire and Wales.

Speaking at the Smart To Future Cities conference in London today (10 April), Aston Martin Lagonda chief engineer Sally Leathers said: “We’ve always been proud to call the UK our home and as a proud British luxury brand, we will work with whatever Brexit outcome we find ourselves in.

“However, all businesses need certainty and stability – we need a quick and smooth transition from Brexit.”

Luxury cars ‘handmade’ in the UK

Aston Martin CEO Andy Palmer has previously said the car manufacturer has set up a £30m contingency fund to be used in the event of a no-deal Brexit and described the brand as “British to its core”.

The Lagonda brand is one of six global luxury car marques and was revived six years ago after being left dormant from 2010 to 2013.

Together, these divisions make up 3% of the company’s auto brands but only 0.06% of sales.

Ms Leathers said: “Luxury means cars that are handmade in the United Kingdom using a combination of advanced motorsport and aerospace technology, married with detailed quality, such as hand-stitched seats.”

Although she appeared to criticise the way Brexit has been handled by calling for certainty and stability for businesses, she added: “Despite the immediate challenges politically, the future for automotive is not just positive, it’s really exciting.”

Lagonda has set its ambitions on becoming the first luxury car brand to be completely electric and will begin production on its first electric SUV later this year.

Ms Leathers called for a “supercharged industrial strategy with investment, long-term planning and an ambition to make the UK the greatest place in the world for automotive”.

But she warned: “Without these fundamentals, the wider mass market of UK [automotive] electrification risks slowing down.”

Aston Martin employs 3,000 people across its main brand, as well as the Lagonda and Aston Martin Racing subsidiaries.

Other car manufacturers have been less keen to commit their future to the UK post-Brexit, making Aston Martin Lagonda an anomaly.

Business leaders have claimed UK government advice on Brexit is “disjointed” and “confusing” – and fears over a no-deal Brexit have caused several car companies to begin preparations for leaving the UK.

JLR, headquartered in Coventry, employs more than 40,000 people in the UK and is the biggest carmaker in the country.

Japanese automaker Nissan, which employs more than 7,000 people at its Sunderland production plant, confirmed its new X-Trail model will be built in Japan rather than the North East.

In February 2019, US automotive giant Ford issued a similar statement which said a no-deal Brexit would harm its manufacturing operations in the UK.

A statement read: “Such a situation would be catastrophic for the UK auto industry and Ford’s manufacturing operations in the country.

“We will take whatever action is necessary to preserve the competitiveness of our European business.”

Honda has also confirmed it will be closing its Swindon manufacturing plant in 2021, resulting in 3,500 job losses.

However, German automaker BMW has been rumoured to be considering a takeover of the site.