Electric scooter hire services are one of the hottest emerging markets in the urban transport sector - prompting both start-ups like Bird, Skip and Lime and established firms including Uber and Lyft to fight for a slice of the action 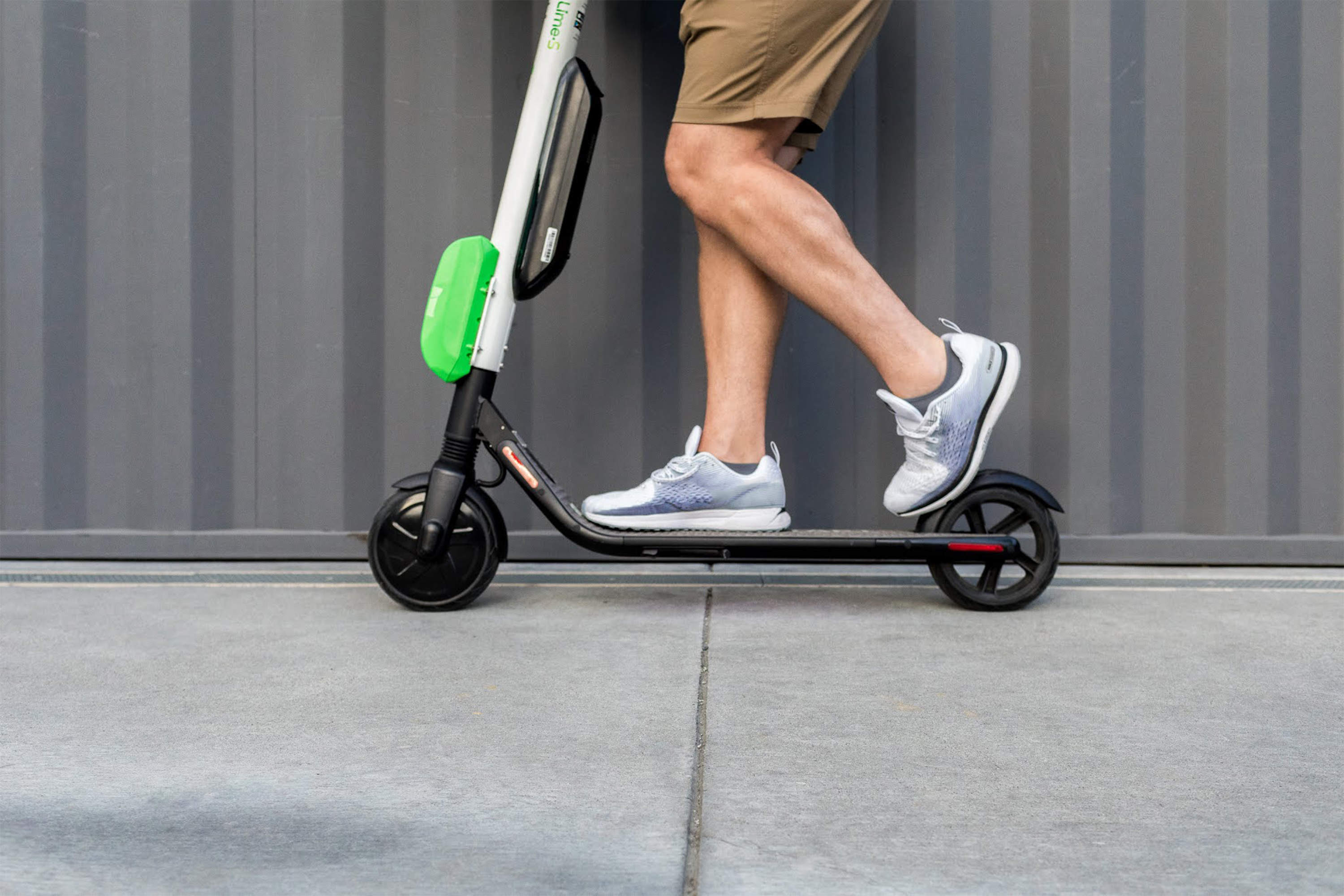 A boom in demand for electric scooter hire in the tech hubs of the United States has set Silicon Valley start-ups racing for dominance in the billion-dollar market.

Three electric scooter hire firms were so keen to get a foothold in San Francisco that they opened services in the city without permission from local authorities.

That decision backfired yesterday, when the San Francisco Municipal Transportation Agency dished out operating permits to Scoot and Skip while snubbing Bird, Lime and Spin.

Scoot and Skip will be allowed to run their electric vehicle share services in San Francisco on a year-long permit beginning on 15 October.

The firms will be limited to a maximum of 625 scooters each in the first six months, but will then be allowed to increase that number to a cap of 2,500 in the latter half of the year.

While the three snubbed firms will no doubt be disappointed to miss out on the San Francisco permits this time around, the blow was softened for Bird and Lime when authorities in Santa Monica, Los Angeles, announced that they would be allowed to run bike and electric scooter hire services in the city.

Compelo has taken a look at seven electric scooter hire firms that have been awarded or competed for permits to run in some of the biggest US cities – including the five competitors for San Francisco licences.

Now that Scoot has picked up a permit from the San Francisco transport agency, the electric scooter hire firm has added kick scooters to its repertoire of vehicles.

Founded in the Bay Area six years ago, Scoot has since expanded its offering of electric bike and scooter hire into Barcelona.

The firm, which has picked up $4.5m (£3.5m) from investors according to Crunchbase, allows users to reserve and locate scooters, bikes and kick scooters through an app.

Skip does not offer the same set of vehicles as Scoot, instead offering just electric long board scooters created by Boosted – a company run by the same team.

Users of the service access vehicles in a similar fashion to Scoot, using an app to find a long board that can then be accessed by scanning a QR code.

The Skip service can be accessed in the San Francisco Bay Area, Portland and Washington DC, costing a dollar to start a trip and 15 cents (12p) per minute from there.

At the time of writing, the San Francisco-based company has drummed up $31m (£24m) of funding from top investors like Accel – a firm that has backed Facebook, Deliveroo and Dropbox.

It is thought that Bird lost out on a permit to operate in San Francisco because it launched its service in the city without permission.

The snub may not have been taken too hard by the firm though, considering that it operates in a host of major US cities – including Los Angeles, Detroit and Washington DC among others.

It also has a greater global reach than some of its competitors, offering electric scooters for hire in Paris and Tel Aviv.

Co-founded by Toby Sun and Brad Bao in 2017, Lime has attracted enormous investment in its first year of operation.

According to Crunchbase, the California-based electric scooter and bike hire firm has bagged $467m (£360m) from VCs – most of which came from its series C funding round that featured backers such as Uber and Google parent company Alphabet.

The Lime fleet consists of three types of push bike and two electric assist vehicles – a kick scooter and bicycle.

Its service operates in most major US cities and three major European capitals – Paris, Berlin and Madrid.

Derrick Ko and Euwyn Poon co-founded Spin in San Francisco two years ago, and have since seen the company’s fleet pumped up to 30,000 vehicles – a mixture of bikes and scooters.

The electric scooter hire firm has a foothold in 19 American cities and has totted up more than a million rides, according to its website.

The costs of its service are the same as Skip’s – users pay a dollar to unlock and 15 cents a minute thereafter.

Spin is reportedly raising $125m (£96m) of funding for its service through a blockchain-operated “security token offering”.

Uber-owned Jump is an electric bike-sharing service at present. But the ride-hailing giant is now said to be working on a scooter to enter the scooter-sharing market, according to Bloomberg Businessweek.

Jump allows users to unlock a bike near them through the Uber app and a PIN code, which can then be locked with a “U Lock” when a journey is over.

The service is available in eight US cities at the time of writing, including New York, San Francisco and Chicago.

Ride costs vary based on where users are hiring a bike. It costs $2 (£1.54) for a half-hour ride in New York and seven cents (5p) a minute afterwards.

The ride-hailing firm Lyft does not have an active electric scooter hire service, but is reportedly looking at entering the sector.

It’s said the Uber competitor has also been looking at developing an electric scooter of its own, should it choose to take on start-ups in the field.