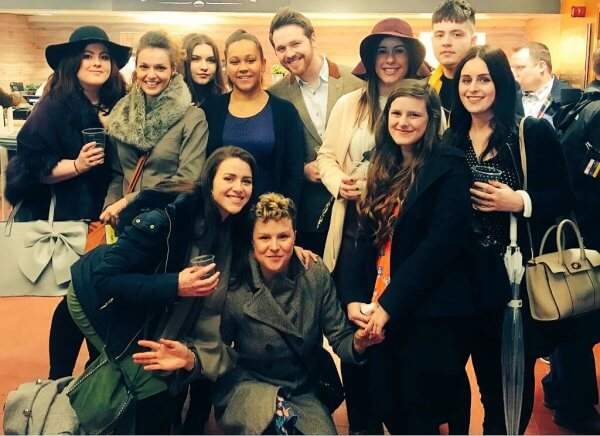 The team at Radioactive PR

Staff will work a four-day week – but get paid for five – at a British PR agency that is aiming to shake-up the workplace.

Gloucester-based Radioactive PR trialled the system over a six-week period during the summer, during which it earned five new clients, lost none and experienced a boost in employee satisfaction.

Now the trial will become the company’s norm, marking one of the first official implementations of a Monday to Thursday system in a UK business, with both staff and client reaction to the six-week period being entirely positive.

Radioactive founder and director Rich Leigh told Compelo: “When I started the company in 2014, I made it 9-5 and Monday to Friday just because that’s what everyone else did.

“You don’t really think about how to change the formula when you’re starting out.

“But as time went on, I started thinking that maybe it wasn’t the best way to get things done and if there was a way to give my staff more time with their families while also delivering for our clients.

The four-day week: How and why it works

Radioactive staff will now work Monday to Thursday, while receiving the same salary, meaning they will benefit from more than 40 additional days off per year.

Annual leave will be reduced, however, from 25 days to 20 days, and lunch hours will become 45-minute breaks, while on bank holiday weeks employees will work Fridays.

The agency conducted an anonymous survey of its employees after the four-day week trial, which began on 25 June and lasted until 3 August.

All respondents reported having a more harmonious work-life balance, with each staff member saying the system gave them more time with their families and helped them prepare more effectively for the week.

The company’s clients responded positively as well, with every one of them endorsing the introduction of the four-day week system.

When asked if he would consider other alternative working systems, such as flexible working, Mr Leigh said he would be open to the idea.

“My wife always says the sentence I most commonly use is ‘I’ve got an idea’, but I think it’s important to try new things as much as possible,” he added.

“I came from a slightly different route than a lot of people who enter this industry.

“I dropped out of school at A-level, didn’t go to university and all that jazz, but I made it to where I am and I’m thankful I did.

“I’d like to work out a way to get more people with my kind of background into this industry because they’re often creative and talented, which is what you need.

“It’s things like that floating around at the moment but, to be honest, all my focus is on making this four-day system work, which so far it completely has.”

Radioactive, which also has an office in Manchester, counts Bath Rugby Club, Go Compare and The National Gallery among its growing client base.

While it is one of the first UK companies to implement a four-day week, New Zealand wealth management firm Perpetual Garden introduced the scheme earlier this year after more than three-quarters of its 240 staff said it enabled them to better manage a work-life balance.