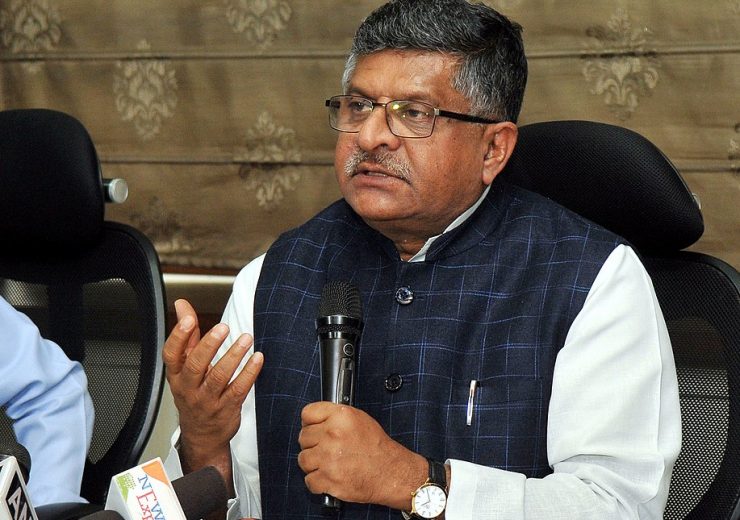 Indian IT Minister Ravi Shankar Prasad has slammed Twitter for failing to comply with the new intermediary guidelines that came into effect in the country in late May.

The Minister said that the US-based microblogging platform had deliberately chosen the path of non-compliance to India’s new IT rules.

The new IT rules are aimed at making the social media platforms more accountable to legal requests from the government for quick removal of posts and sharing details on the originators of unlawful messages.

The new IT rules also ask the companies to establish a grievance redressal mechanism and appoint officers for coordinating with law enforcement.

Earlier this week, Twitter said that it had appointed an interim chief compliance officer, and would soon share the details of the official directly with the IT Ministry.

Prior to that, the Indian IT Ministry had written to the social media giant that it would have to bear “unintended consequences” if it did not comply with the new rules.

The microblogging platform has reportedly lost intermediary protections, which means it no longer would have the ‘safe harbour’ immunity in the country. This would make the social media firm liable for punishment under the Indian Penal Code (IPC).

Ravi Shankar Prasad tweeted: “There are numerous queries arising as to whether Twitter is entitled to safe harbour provision. However, the simple fact of the matter is that Twitter has failed to comply with the Intermediary Guidelines that came into effect from the 26th of May.”

The company has been booked by Ghaziabad police in Uttar Pradesh (UP) state for allowing the circulation of a video allegedly aimed at creating communal unrest. This is the first time that an Indian law enforcement agency has filed a case against the social media firm following the implementation of the new IT rules in India.

Prasad questioned that when Indian firms that do business in overseas countries voluntarily follow the local laws, then why platforms such as Twitter are showing reluctance in complying with Indian laws.

The Minister tweeted: “What happened in UP was illustrative of Twitter’s arbitrariness in fighting fake news. While Twitter has been over enthusiastic about its fact checking mechanism, it’s failure to act in multiple cases like UP is perplexing & indicates its inconsistency in fighting misinformation.”