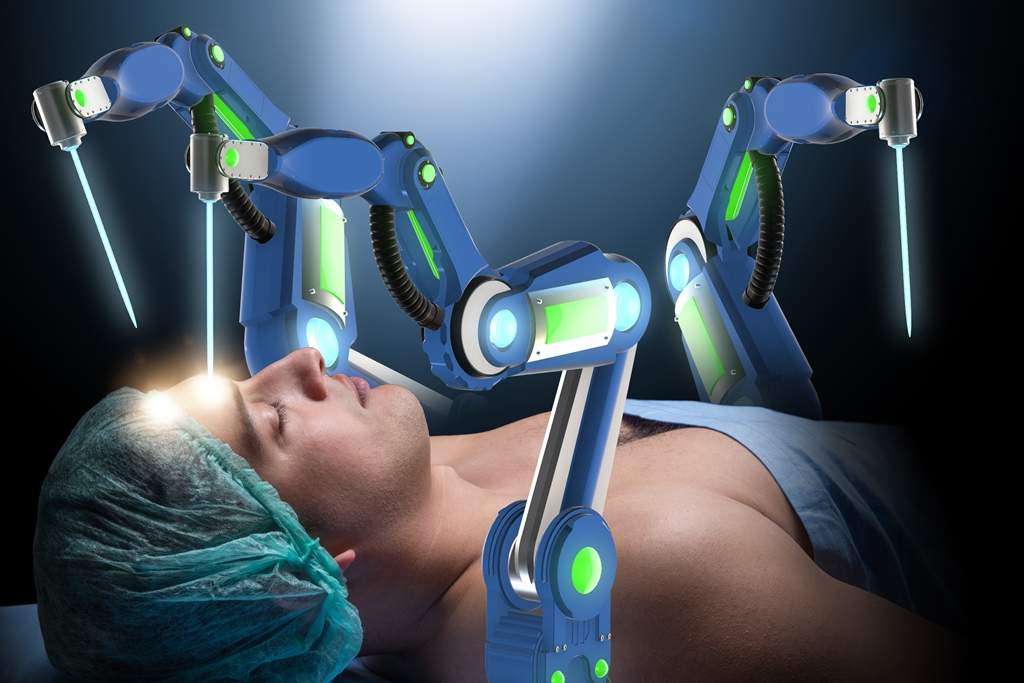 We’ve all been told that one day our jobs will be taken over by robots. However, surgeons probably thought they were safe − until recently.

Robot-assisted surgery is already a reality in hospitals, with machines allowing doctors to perform procedures with more precision and control.

Now, boffins at the Massachusetts Institute of Technology’s Computer Science and Artificial Intelligence Laboratory (CSAIL) have taken robot surgery to the next level.

Robot surgery: primed for the future

Origami-inspired bot Primer uses heat to shape metal sheets into exoskeletons, which it then ‘wears’ to perform different tasks. Furthermore, it sheds the suit when immersed in water.

In addition, the cube-shaped bot uses magnets to move around.

“We had the idea of creating a robot that is essentially an engine, that could go and pick up different ‘super coats’, so to speak, that would give the robot different superpowers that allow the robot to move faster, to scoop objects, to fly and glide, and to even float on water,” said CSAIL director Professor Daniela Rus.

As a result, scientists hope to upscale the engine to enable it to patch wounds, remove objects and take samples.

“Imagine taking the engine and swallowing it in the form of a pill, and then swallowing all of the exoskeletons that would provide this robot with different tools,” Rus told BBC News. “You now have a mini-surgeon that can perform procedures inside your body without incisions.

“This could be an extraordinary future for medicine.”

Not content with connecting people globally via the ubiquitous Facebook, Mark Zuckerberg has his sights set on virtual reality (VR).

The tech billionaire (estimated net worth $71.3 billion) has unveiled a new standalone VR headset called Occulus Go. It will go on sale in 2018 and cost $199.

Occulus Go does not require the user to have either a PC or a smartphone. As a result, the cord-free technology will “bridge the gap” between PC-connected and portable mobile-powered headsets.

At present, tech lovers can access Facebook’s VR services via the Samsung Gear VR headset. Nevertheless, it also requires an expensive Samsung smartphone in order to work. Google’s Daydream is also pushing the boundaries of VR. However, it is also powered by a PC or phone.

Bringing VR to a billion people

Speaking at the Facebook-owned VR firm’s developer conference in California, Zuckerberg pledged to turn a billion people on to VR.

“Some people say that VR is isolating and anti-social. I actually think it’s the opposite,” he told the audience at Occulus Connect. “We all have limits to our reality. Opening up more of those experiences to more of us − that’s not isolating, that’s freeing.”

Find out about the latest innovations in micro-surgery and miniaturisation in the latest edition of Medical Device Developments.

1 in 5 HR professionals are robots

Facebook net worth: Can you guess what it is?