The changing face of the treasury

The pandemic brought into question the role, and the importance, of the treasury. What will the role look like in a digital future and how can organisation's plan for inevitable change? 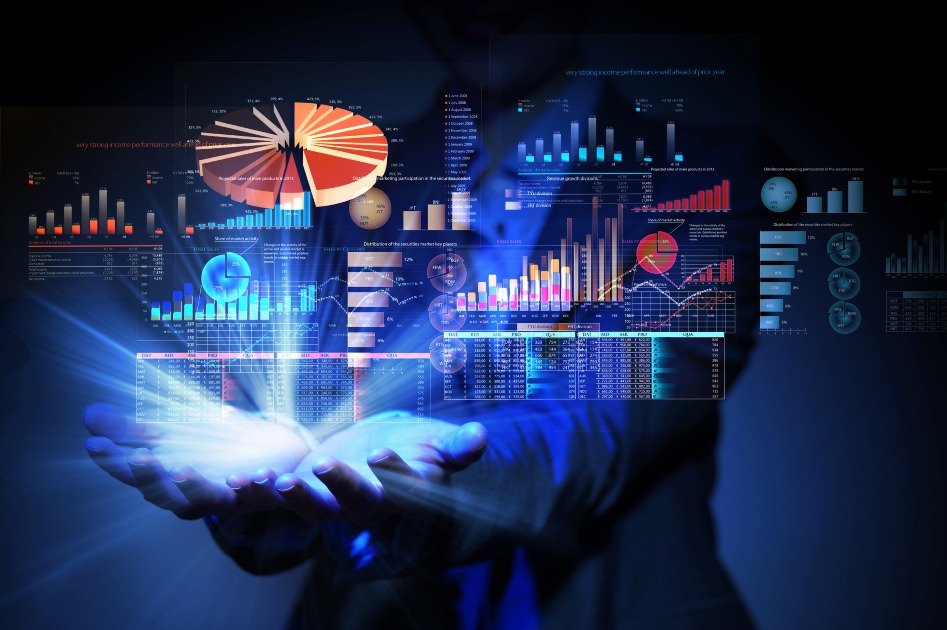 The role of the treasury is likely to change as organisations move towards digitalisation. (Credit: ra2 studio/Shutterstock.com)

Covid-19 has renewed focus on the role of treasury within organisations. The pandemic, combined with the potential unleashed by automation and digitisation, has made treasurers indispensable to companies wanting to future-proof their bottom lines.

The global financial crisis was a once-in-a-generation event that touched almost every sector of the economy. It presented problems corporate executives never imagined they’d have to face – banks collapsed, subprime lending imploded and share prices plummeted.

And then came Covid-19 – a health emergency that rapidly escalated, closing down manufacturing sites, rupturing supply chains and putting millions of businesses at risk. Companies scrambled to future-proof in uncertain times.

“Even though it was more of a banking crisis, people realised the importance of treasury. The avalanche of activity during the more recent crisis provided a renewed understanding within organisations of the importance of the work.

“There was this sheer volume of work and it was all really strategic – and really important. It really threw a spotlight on the treasurer.”

“People who had been cash-rich before suddenly weren’t and they needed to understand their position – they needed cash flow forecasts, which they maybe hadn’t had to look at before. There became a much greater awareness of what the treasurer did.”

It hasn’t always been this way. The role of the treasurer has often been poorly understood, due in part to a lack of worldwide cohesion within the sector.

“If you look across the UK and Europe, treasury is pretty developed,” Stockmann suggests, pointing out that
the ACT was formed back in 1979 in recognition of the growing importance of treasury management.

“If you look to say, the US, it’s still pretty strongly cash-focused except for the largest organisations. If you go to Asia, the Middle East and Africa, often organisations still don’t have a specific treasury function – over time we’re seeing that change.”

Start-ups and tech companies in particular are increasingly recognising the inherent risk of not having a treasurer. They’ve realised that the role of treasury is unique compared with other aspects of money management.

Stockmann says the differences between treasurers and, for example, accountants or financial controllers, are now much better understood.

Conversely, treasurers are focused externally and on the future in terms of dealing with investments or raising funds.

Throughout the pandemic, the ACT and other international organisations like the EACT have provided support for treasurers, from technical guidance and Covid checklists to videos and how-to guides to help with equity, resilience and FX risk management.

A key element of that support, explains Stockmann, has been raising awareness of mental wellbeing, especially during such an unpredictable period of activity. She says in this regard, treasurers have long been used to the pressures of the job.

“Treasurers have always had to work very hard and for very intense periods,” she explains. “If you think about the role, there will suddenly be something that they need to do, say a deal, where they’re really flat out. So they have, generally speaking, got a good level of resilience, and that held them in good stead.”

That resilience proved particularly valuable at the start of Covid when treasurers were forced to work from home. The transition, says Stockmann, was relatively smooth. “There were a few niggles with banks that found it harder to adapt and there were some delays in getting set up, but treasurers themselves adapted well.”

These cultural changes are being accompanied by technological shifts. Stockmann says that the uptake of new technology during the pandemic was noteworthy in a sector that has often been reluctant to embrace change.

The ACT’s 2021 Business of Treasury Survey, for its part, found that 55% of treasurers said the pandemic had accelerated the rate of adoption of technology within their company.

However, the survey also found that treasurers had spent less time than anticipated on technology, and the time that was spent on new gadgets was often geared towards working from home capabilities rather than more fundamental transformations.

That’s not surprising, Stockmann suggests, given the unique set of circumstances treasurers have faced over the past 18 months. A lot of investment in machine learning and AI, for example, was put on hold.

“Now that we’ve gone through the harshest months of Covid, people have started to pick up on that again,” she explains. “In terms of technology, though, treasurers have always been a little bit ‘let’s wait and see.’”

Even so, the ACT reported that around 80% of treasurers surveyed said they were interested in technology, with younger treasurers and those from ethnic minorities particularly eager to put it through its paces.

“Over the past few years, there has been a fear that machines might take away our jobs,” says Stockmann, adding that it’s not a concern unique to treasury.

She points out, however, that an average multinational might have four people in a treasury team. “Strip out the very, very large companies that might have 600 treasurers, and the average drops to about two people to do everything – FX management, liquidity management, investment, raising of funds,” she says.

“So other than in those very, very large organisations, most companies won’t have the means for a reduction in numbers.”

Instead, the sector can use technology to free treasurers up to concentrate on more value-added and strategic work. Much of the time, Stockmann says it’s about exploiting technology and having the system perform the tasks that human beings simply cannot do: “And here we’re talking about big data,” she says.

All the same, Stockmann points out that increased use of technology comes with a caveat.

“Used wisely, it is absolutely fantastic, but if people think that a new forecasting system will do everything for them, then they have got it wrong,” she says, warning that while digital systems can deal with large volumes of data, work out trends and extrapolate it forward, they can’t actually predict the future.

“It’s really important to understand the non-systems part – the discussions with your colleagues to understand what they’re hearing in the markets,” Stockmann adds.

“You need to be careful that you don’t assume that the system will work out your forecast for you. It will do better in a stable environment, but in times of lots of change in external environments, you’ve really got to really be using your head.”

Stockmann also emphasises that technology is of little benefit to treasurers without agility – something many companies have learnt to their detriment during the pandemic.

“You need to think about your culture and your ways of working as well,” she says. “If you’re not an agile organisation, then that’s what you need to think about because you can effect a strategy or you can try and forecast, but it can all change in a moment – and people saw that during Covid.”

In other words, while technology offers significant benefits for treasury teams, it doesn’t come without challenges. Stockmann, for her part, cites budgetary pressure as the first hurdle when it comes to securing the funds necessary to invest in the best digital resources.

“As they’re recruiting, they’re now sometimes saying, ‘well we can train them up on the treasury side, or we can get them to do ACT qualifications, but they need to have more of a tech background’.”

Stockmann says retaining some Covid working practices – such as an element of working from home – may help attract good talent as technology and society change.

“We’re also having a look at the way younger people are learning – they’re using technology to learn and they’re moving away from reading long textbooks to get a big qualification that they’ll stick with for their whole career,” she says. “The younger generation doesn’t necessarily plan to stay in one role forever.”

The challenge, Stockmann says, will be to “capture people’s attention and keep them loving the job for a longer time”. Here, empowering team members may hold the key – something that was seen throughout the pandemic, albeit more by accident than design. Stockmann hints that this was one of the silver linings to come out of an otherwise dark 18 months.

“Many treasurers we surveyed talked about how there’s now greater trust between themselves and their office,” she says. “People were empowering each other and trusting people to do their work without checking in on them all the time. I myself have delegated far more to the team than usual.”

Stockmann adds, moreover, that this would lead to healthier relationships within teams and an increase in confidence among treasurers to work more independently.

Stockmann also emphasises that fostering “softer skills” can further empower team members. The 2021 ACT research indicated that the biggest blocker to career development for treasurers is a lack of the interpersonal communication skills required to build relationships both inside and outside a business.

“Like in other finance roles, treasury has become a lot more demanding – you’re needed to do much, much more than in the past,” she summarises.

“Whereas in the past it may have been possible to hide a little bit behind the numbers, it’s no longer appropriate. You need to be a strategist, you need to be a people person, you need to speak to people across other areas of the business and you need much more communication with the board and the CFO. And that has really come to the fore during Covid.”