Alongside Pfizer, Merck, Johnson & Johnson and AstraZeneca, Moderna was recently selected as a Covid-19 vaccine "finalist" in the US 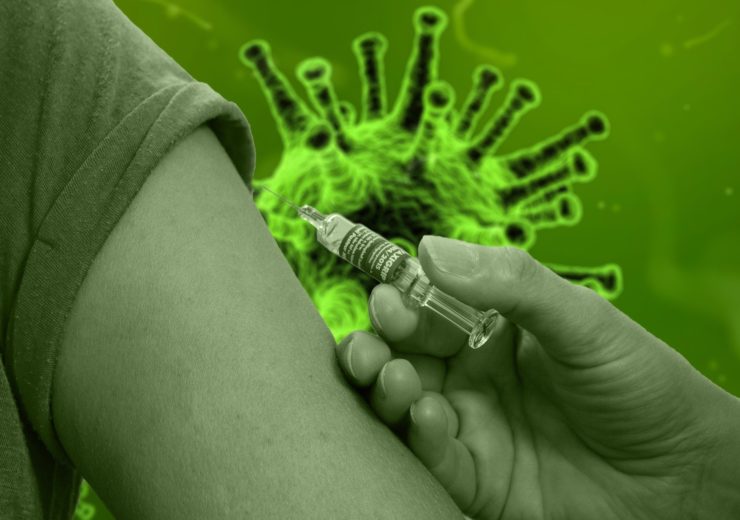 On the vaccine front, American biotech firm Moderna was one of the first companies in the world to react to the Covid-19 outbreak back in January.

Alongside the US NIH (National Institute of Health), it began working on its mRNA-1273 vaccine candidate before the first coronavirus cases outside of China had been confirmed.

This potential Covid-19 vaccine has since entered clinical trials, received a funding boost of close to $500m and been fast-tracked through regulatory protocols by the US Food and Drug Administration (FDA).

With Moderna joining Pfizer, Merck, Johnson & Johnson and AstraZeneca as the “finalists” in Donald Trump’s Operation Warp Speed last week, we take a closer look at how this relatively young biotech company moved to the forefront of the race to find a coronavirus vaccine.

A little over a week later, Moderna announced that CEPI (Coalition for Epidemic Preparedness Innovations) would be funding the manufacture of this potential vaccine.

In light of this announcement, Dr Richard Hatchett, CEO of CEPI, said he hoped the partnership would “speed up the development of a vaccine against the coronavirus, and help to alleviate the burden of disease.”

And, as Moderna motioned towards Phase I clinical trials, the first batch of mRNA-1273 doses was completed on 7 February.

Later the same month, on 24 February, the Massachusetts-headquartered biotech firm shipped its first batch of the vaccine candidate to the NIAID (National Institute of Allergy and Infectious Diseases) — which is part of the NIH — to undergo a Phase I clinical study.

Following this update, Moderna’s chief technical operations and quality officer Juan Andres said an “extraordinary effort” from all involved had allowed the first clinical batch to be shipped for testing at “record speed” — just 42 days after the virus’ genetic sequence had first been identified.

The FDA accepted the IND (investigational new drug) application for mRNA-1273 shortly after, and the NIH announced the first participant had been dosed with the vaccine candidate in a Phase I clinical study on 16 March.

The trial aimed to dose of a total of 45 healthy adult volunteers aged between 18 and 55 across two sites — the Kaiser Permanente Washington Health Research Institute (KPWHRI) in Seattle, Washington, where the first participant was given the vaccine, and Emory University in Atlanta, Georgia, which began enrolling patients the following week.

In late March, Moderna stated it would be scaling up its production capacity to manufacture millions of vaccine doses every month.

This goal received a major boost on 16 April as the firm was awarded $483m by US government agency BARDA (Biomedical Advanced Research and Development Authority) to accelerate development of its vaccine candidate and enable large-scale production before the end of 2020.

In a statement, BARDA director Dr Rick Bright said: “BARDA’s goal is to have a vaccine available as quickly as possible, and preparing now for advanced-stage clinical trials and production scale-up while Phase I is underway could shave months off development of Covid-19 vaccines.”

This announcement came on the same day the NIH began to expand its Phase I study of mRNA-1273 to include older adults, aged between 56 and 70, and elderly adults, aged 71 and above.

Moderna wasted no time in advancing its vaccine towards Phase II trials, submitting an IND application to the FDA on 27 April. This application was accepted on 6 May.

The company then announced a 10-year collaboration agreement with Swiss biotech giant Lonza to produce mRNA-1273 — and additional Moderna products in the future — on a wider scale.

This partnership will see the vaccine candidate manufactured in both the US and Switzerland, helping Moderna reach the eventual goal of producing one billion doses per year.

On 12 May, mRNA-1273 received Fast Track designation from the FDA. As well as expediting the review process for the vaccine, this is designed to put Moderna in earlier and more frequent communication with the regulatory body, and allow for rolling submissions of marketing applications.

Phase I results, the start of Phase II and plans for Phase III

Moderna announced positive Phase I results for its vaccine on 18 May, becoming the first company to release trial data for a coronavirus vaccine candidate.

Participants in the study appeared to produce an immune response similar to the one seen in people who have been infected with the virus and since recovered.

As well as these early indications that it could generate antibodies against SARS-CoV-2 – the virus that causes Covid-19 — Moderna claimed mRNA-1273 had been “generally safe and well-tolerated”.

Shortly after this, on 29 May, Moderna said it had dosed the first participants with its vaccine in Phase II clinical trials, and intended to enrol a total of 600 healthy people in the study.

At the same time, the biotech firm announced it was finalising its plans for Phase III studies of mRNA-1273, and expects to begin this next stage of testing in July with 30,000 participants.

The speed at which Moderna has developed its vaccine candidate — and taken it through initial clinical trials — has raised some eyebrows within the pharmaceutical industry.

On 10 May, after Phase II studies for mRNA-1273 were approved by the FDA, Philipp Rosenbaum, an infectious diseases expert at analytics firm GlobalData, said any coronavirus vaccine being launched before the end of 2020 was still “very optimistic”.

He added: “mRNA-based vaccines have yet to be proven to work in humans, and the history of vaccine development shows that setbacks and roadblocks are almost certain.”

“With plans to start Phase III trials in early summer, Moderna’s ambitious timeline leaves some scepticism as no data has been published to date.”

And, while clinical trial results have since been published by Moderna, this data has also been questioned by experts.

Last month, Professor Colin Pouton of Australia’s Monash University Institute of Pharmaceutical Sciences (MIPS) told healthcare news outlet PharmaPhorum there had been some “pushback” after Moderna released its findings — mainly because they had not been presented in a way that allowed other scientists to examine them.

Pouton also said the sample size Moderna had used was “too small” to draw any conclusions, adding that “we will have to wait for more data to be released” before knowing whether mRNA-1273’s antibodies truly do neutralise SARS-CoV-2.

But, despite the question marks raised in recent weeks, several experts — including Robin Shattock, professor of mucosal infection and immunity at Imperial College London – believe Moderna’s work is a step in the right direction.

“These are encouraging signs — while it will be important to scrutinise the actual data, the reported findings are in line with expectations that vaccine candidates should provide levels of neutralising antibodies that are at least equivalent to convalescent subjects,” Shattock said.

“This is a promising start, but efficacy data will be key, followed by an ability to scale in a manner that provides global access – should this vaccine be successful.”