Belgium v France is shaping up to be a tightly contested match on the pitch with both sides being favourites to lift the World Cup. Compelo has compared their world economy rankings to put distance between the countries 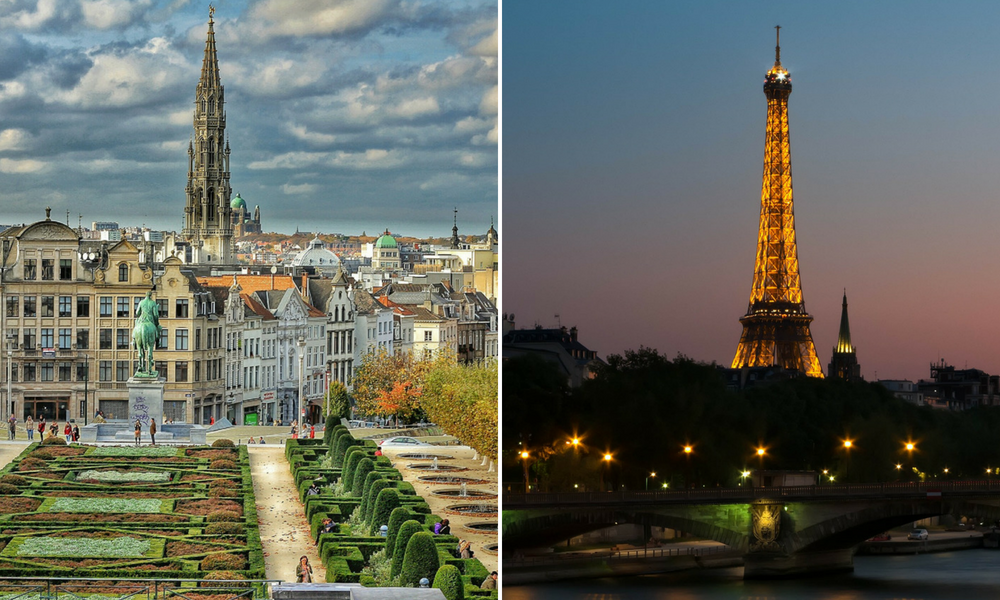 Belgium v France may go down as one of the most memorable matches of the 2018 Fifa World Cup – given that the sides are tightly matched on the pitch in a way that they don’t compare in their world economy ranking.

When the two countries meet tonight at the 64,000-seater St Petersburg Stadium, Belgium will be in their first World Cup semi-final for 32 years against a dominant French side fronted by 19-year-old wonder kid Kylian Mbappé.

But with plenty of star players of their own – including Chelsea forward Eden Hazard and Manchester City midfielder Kevin De Bruyne – Belgium aren’t going into the game as the underdog.

The Fifa rankings have Belgium four places above France, placing them as the third best team in the world.

The Google probability counter also considers the sides fairly matched – putting the probability of France winning at 40% and the chance of Belgium going to the final at 31%.

Most betting firms have the odds of Belgium or France lifting the World Cup at 11/4 and 2/1 respectively, according to Oddschecker – giving the French a narrow lead on their European neighbours.

Compelo has looked at how the countries compare in their world economy ranking to see if we can separate the sides off the pitch.

France has a population roughly six times larger than that of Belgium and 20 times its land mass.

More than 65 million people reside between Calais and Marseille, while just 11 million live in Belgium, according to the UN World Population Prospects report.

Brussels – the capital of Belgium and the European Union – is home to just over one million people.

Twice as many people dwell along the River Seine in the French capital Paris.

The gap between the gross domestic products (GDPs) of France and Belgium is not too dissimilar to the difference between their populations.

Yet Belgian workers are more productive per head than their French counterparts.

According to the Observatory of Economic Complexity, the $498bn (£375bn) French export market soars thanks in part to sales of planes, helicopters and spacecraft.

The aeronautic industry made up almost a tenth of French exports, banking the economy an impressive $49.1bn (£37bn).

The Forbes Global 2000 list has a lot of French companies in its starting line-up and Belgian firms taking up positions on the bench.

Belgian brewing company Anheuser-Busch InBev – which owns brands like Corona, Budweiser and Stella Artois – is the country’s only entry in the top 100 of the public companies list, coming in at rank 41 with a market value of $184.3bn (£139bn) and assets worth $248.6bn (£187.4bn).

According to the Forbes billionaires list, the luxury and fashion guru has a net worth of $72bn (£54.3bn) – making him the fourth wealthiest person on the planet.

Founder of the Belgian conglomerate CNP Albert Frere – which is involved in everything from oil and gas and retail to real estate and airport duty-free – has a net worth of $6.2bn (£4.7bn).

Unemployment levels in both Belgium and France are pretty dire considering their centrality to the European Union.

A sizable 9.5% of the French working age labour force were out of work in 2017, according to estimates by the CIA World Factbook.