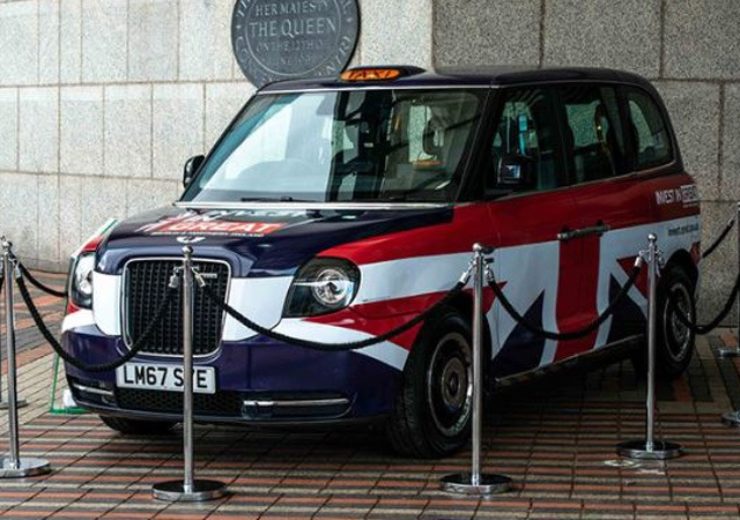 Charging up electric vehicles could soon go wireless as a new multi-million pound trial gets underway in a UK city.

Multiple electric cabs in Nottingham will be able to recharge at once while parked in taxi ranks without needing to connect to a stationary device.

The government, which will invest £3.4m ($4.4m) in a scheme that could eventually be rolled out for broader public use, hopes the new technology will provide a viable alternative to plugs and chargepoints – enabling drivers to recharge more easily and minimising street clutter.

Transport secretary Grant Shapps said: “Taxi drivers up and down the country are at the vanguard of the electric vehicle revolution, playing a leading role in reducing air pollution in our city centres where people live, shop and work.

“New wireless technology will make using an electric taxi quicker and more convenient, allowing drivers to charge up at taxi ranks before heading off with their next passenger.”

How does wireless charging for electric vehicles work?

In the UK, the Society of Motor Manufacturers and Traders estimates there are 265,000 EVs on the roads but ultra-low emission vehicles (ULEVs) only represent 0.5% of the total number of cars licensed.

Innovation in EV charging infrastructure is considered by the automotive and energy industries to hold the key to enabling the mass uptake of electric vehicles – something that was highlighted by the UK government-backed Electric Vehicle Energy Taskforce when it made a series of recommendations to industry and government this week.

New technologies being trialled or rolled out have included smart charging, lamp post chargepoints and induction pads – but there are big hopes for the impact wireless charging could have on raising the EV sector’s share of road transport.

Drivers just need to park their car in a position where the coils are aligned for charging to begin.

But rather than being able to lift a few millimetres off the charging station like with phones, a car can be positioned several inches away and still charge.

When it comes to taxi drivers, there are hopes the technology could help improve earning potential as well as cleaning the environment.

The government said that installing wireless chargers at taxi ranks offers drivers the chance to recharge while waiting for their next passengers, rather than have to take a detour to petrol stations in between jobs.

As the technology allows for shorter and more frequent bursts of charging, it will particularly benefit cars with smaller batteries, where “range anxiety” is most rife among drivers.

Electrifying taxi fleets in cities is recognised by the government as a crucial component in bringing down transport emissions, which accounted for a third of the country’s total carbon footprint in 2018, and improving air quality.

For Nottingham, it’s another step towards its ultimate goal of becoming the UK’s first carbon-neutral city by 2028.

Ten Nissan and LEVC electric taxis in the East Midlands city will be fitted with wireless charging hardware for six months to trial taxi rank-based charging.

Nottingham City Council will own the vehicles and provide them to drivers rent-free.

If successful, the technology could be rolled out more broadly for public use, enabling everyday EV drivers to charge more easily on the go.

The pilot adds to initiatives including having one of the largest electric bus fleets in Europe, extending its tram system to a 20-mile network run on renewable energy, building a new “cycle super highway”, installing solar panels on 4,500 homes across the city and opening the UK’s first shared priority lane for buses and ULEVs.

Nottingham City Council deputy leader Councillor Sally Longford said: “Nottingham is excited to host the trial of this new type of innovative charging technology, keeping us ahead of the pack, and helping to promote cleaner taxis in our city and potentially take us a further step forward towards our goal of being carbon-neutral by 2028.”

“This pioneering trial in Nottingham, and others like it, will help us take crucial steps towards lower emissions and cleaner air.

“We are determined to end our contribution to global warming entirely by 2050 – and delivering cleaner and greener transport systems is a key part of this.”