Wireless charging applications: How cordless power will transform the home, office and transport

After Apple and Google added the feature to their latest smartphones, wireless charging applications have grown more popular - with a multinational group called the Wireless Power Consortium bidding to push the technology forward 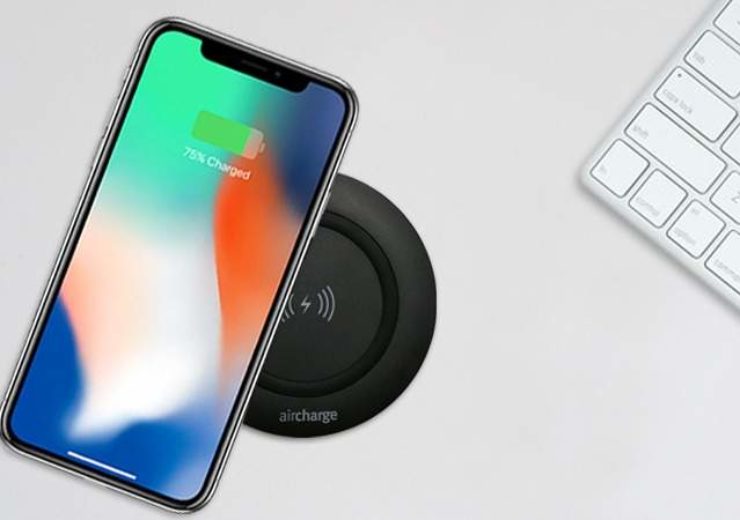 Whether it’s in the home, office or sitting on a train, our lives are often full of cable clutter – but that could be coming to an end with a host of wireless charging applications on the horizon.

Since the likes of Apple and Google added the function to their smartphones in the past couple of years, everyone from electronics companies to furniture makers have looked for ways to make wireless power more accessible.

Consumer adoption grew by 10% between 2017 and early 2018 – and interest is expected to grow rapidly in the coming years.

It’s even prompted the creation of a special multinational group to oversee the roll-out of the technology, called the Wireless Power Consortium (WPC).

Consisting of about 630 members – including Apple, Google, LG, Sony, Samsung and Ikea – the goal of the New Jersey-based group is to standardise compatibility and safety.

The Qi industry standard is now used by about 130 smartphones.

WPC chairman Menno Treffers says: “When Apple started supporting wireless charging in recent years, the industry thought ‘this is going to happen and we need to be part of it’.

“We now have everyone in the industry who matters supporting wireless charging.”

Compelo attended a showcase event in London to hear about the wireless charging applications we can expect to see in the near future.

Cutting out cords from homes could have a big impact on aesthetics in the home while also offering convenience.

“This is about charging in circumstances where you’re relaxed, while at home or driving.”

WPC research found that 42% of UK consumers are interested in using wireless charging in cars.

Mr Treffers claims there is big support from car manufacturers because using cables in vehicles can be dangerous, while the technology can also offer smart features.

“They like it because if you put a phone on charge, they can immediately connect you to the car display and make sure the phone is definitely away from your hands, and people can use the car interface rather than their phone.”

Wireless charging applications in the office

Another space where people are desperately trying to trim clutter is the office.

According to Stefano Piccioli, chairman of the WPC promotional working group, 37% of UK consumers would like to see wireless charging adopted in the workplace.

Office furniture manufacturers and office providers have responded by incorporating it within new designs, particularly in hot desks and meeting rooms.

Mr Piccioli says: “This will allow employees the flexibility and connectivity they require to do all their tasks during the day, no matter which areas of the office they’re working from and without having to carry cables and adapters.

“The rise of different ways of working is having an impact too, with co-working models like WeWork.

“It has benefits for both businesses and their staff. If you have a hot desk, you can’t carry too many things with you so wireless charging makes this easier.

“For the businesses, they’re being connected in a smarter way so the IT or facility managers can combine the chargers with sensors.

“It means they can monitor traffic in and out the office in real-time to get a better understanding of things like meeting room and desk occupancy.

“The technology can also deliver smarter services like setting up a room the way you want it in terms of temperature and lighting, and booking a desk or meeting room.

“It’s integrating an Internet of Things ecosystem with the smart wireless charging solutions.”

About 1,000 public venues across the UK now have wireless charging spots, says Mr Piccioli, making the country one of the leaders in adopting the technology alongside the US and China.

McDonald’s is one of the first major brands to adopt wireless charging solutions, equipping about 450 restaurants in the UK and overseas since last year – and plans to roll out wider.

Mr Piccioli says: “It’s not just a nice feature for consumers but businesses are seeing wireless charging as a model to increase engagement, drive footfall to venues and ultimately monetise it.

“It’s now included in their revenue strategy and marketing model to engage with consumers.

“This is similar to how venues were installing Wi-Fi ten years ago to attract people.”

Having access to power on the go can transform how people charge their phones and devices.

“It’s like drinking water, it’s something you do little and often,” adds Mr Piccioli.

“Wireless charging isn’t about trying to get as much power as you can in one go, which isn’t healthy for battery life.

“Instead, it’s about keeping your phone above 50% and charging it wherever you are.”

One of the biggest industries beginning to adopt wireless charging is transport.

Aircharge has partnered with Leeds-based bus manufacturer Optare to install its charging pads in its latest bus models in locations including London, Reading and Leeds.

Office and transport furniture maker Baker Bellfield, based in Telford, is also working with Aircharge to install wireless charging across rolling train stock.

The Department for Transport (DfT)’s vision for new trains is for passenger needs to be prioritised in order to improve customer experience, and thus entice people to use public transport rather than cars.

Rob Wilkins, business development manager at Baker Bellfield, says wireless charging is a key part of this and says this will be part of the bidding process for the west coast and East Midlands rail franchises.

He claims a major UK rail franchise will announce the technology being installed in first-class carriages of its stock within weeks, while more trains will introduce it soon – and in standard class too.

As well as in seats, other innovations aimed at commuters could include installing pads into handrails and side walls for standing passengers.

Mr Wilkins says: “At the moment, it’s USBs and single socket plugs, where you might have to lean over someone you don’t know to charge your phone or laptop.

“It affects the whole user experience, especially when you think about how often they don’t actually work.”

“But there’s a shift coming. As more and more people use wireless charging at home, it becomes second nature to put your phone down for a few minutes on a pad while you’re commuting.

“It’s that step change for everyone going along their daily routine and charging as they go.”

Smart features could also enable passengers to connect their phones to charging pads and order from their table, book taxis when a train is near its destination – even if it is delayed – and highlight seat reservations.

When will wireless charging applications be adopted at scale?

Dan Bladen, founder and CEO of smart wireless charging provider Chargifi, believes the adoption of the technology has been faster than the take-up of Bluetooth and Wi-Fi when they were introduced.

He says: “If you think back to Bluetooth, people were wondering what they were going to do with it for years.

“They experimented with printing and sharing photos but it was when UK regulation said drivers had to go hands-free that it kicked off because it became a vital technology.”

With Wi-Fi, its mass adoption had been slowed by the fact it was deemed relatively hard to set up.

In the end, it was Intel’s Centrino chip launched in 2003 that enabled laptops to connect to broadband hotspots that sparked the roll-out resulting in just about every public venue, home and office now equipped with a wireless internet connection.