Donald Trump and Kim Jong-un will meet face-to-face tomorrow for the first day of nuclear talks in Singapore. If the two sides come to an agreement, economic sanctions on North Korea could be rolled back - with the potential of one day opening up a trade relationship between the two countries 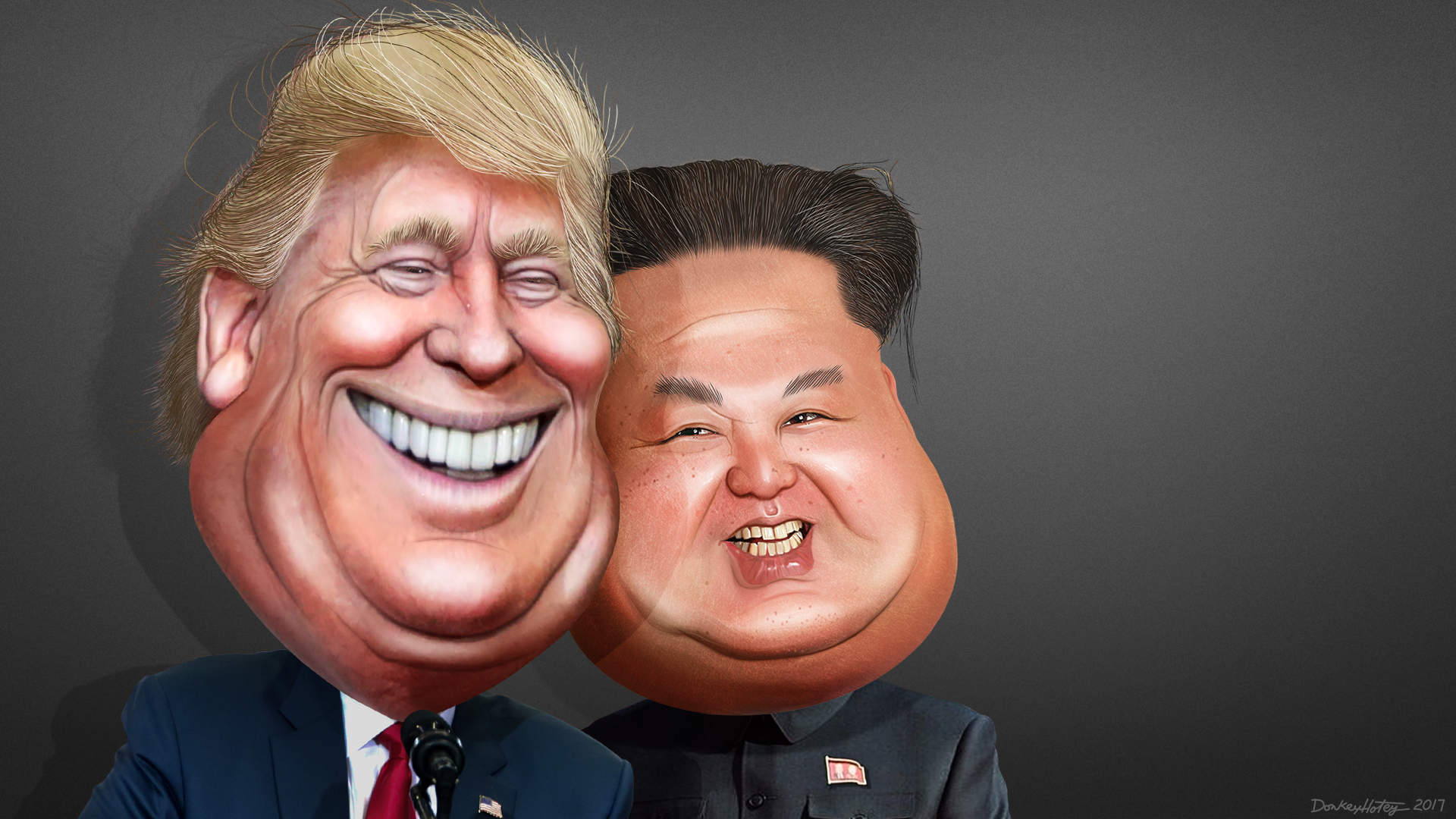 When US President Donald Trump and North Korea dictator Kim Jong-un meet in Singapore tomorrow, the big focus will be on the secretive East Asian state’s nuclear weapons cache.

It will be a landmark moment in the future relationship between the two countries, with tensions escalating over the past year after a number of nuclear tests in the Democratic Peoples’ Republic of Korea (DPRK).

But this build-up of fear and distrust could cool off if the leaders come to an agreement over sanctions and a roll-back of North Korea’s nuclear arms programme – potentially paving the way for a mutually beneficial trading relationship beginning at some point in the future.

North Korea exports goods including coal and seafood to other countries, while the US could offer steel, vehicles and even McDonald’s.

Dr Owen Miller, Korean studies lecturer at SOAS, University of London, isn’t too confident believes trade could be important to North Korea, which will want to get the best possible deal for a commitment to denuclearisation.

“That would include things like a peace treaty that provides security guarantees from the US, including possibly the drawing down of US forces on and around the Korean peninsula; the normalisation of relations between the US and DPRK and commencing normal economic relations; access to international credit; possibly US aid and/or favourable trade,” he says.

But Dr Miller isn’t overly confident about the prospect of the US and North Korea becoming best buddies any time soon.

He adds: “I don’t think the chances of a lasting deal are that great.

“There have been deals before between the US and DPRK that are good on paper but end up being broken by one or both sides.”

Trump is not the only US president to set up talks with a member of the Kim dynasty.

Former President Jimmy Carter met with Kim Il-sung in 1994 and delegates of Bill Clinton, George W Bush and Barack Obama have met with their DPRK counterparts over the last couple of decades.

While promises made on both sides have fallen down during that time, there have been signs of goodwill coming from North Korea namely its decision to destroy some nuclear facilities before talks have begun – that suggest it may be desperate to see sanctions lifted at the end of the Singapore Summit.

Should a trade relationship open up between the two countries, here are 10 goods that could be exchanged.

Seafood is one of North Korea’s biggest exports. According to the Observatory of Economic Complexity (OEC), molluscs amounted to just under 5% of the DPRK’s total exports in 2016.

This meant molluscs – including species like clams, squid and mussels – were third only to coal briquettes and non-knit men’s coats on the Hermit Kingdom’s list of top exports, and netted the country $131m (£975.6m).

Trade data published by the US Census Bureau shows the United States imported $1.8bn (£1.3bn) of fish and shellfish in April 2018 alone.

Whether the country’s appetite for fish will extend to North Korean clams has yet to be seen.

By far and away the largest export of North Korea, these rocks of black dust made up more than two-fifths of the DPRK’s exports in 2016 – making the communist state $1.1bn (£819m).

A range of metal ores are flagship exports of the DPRK’s floundering economy.

According to a Centre for Strategic and International Studies report released last year, North Korea has “sizeable deposits of more than 200 different minerals”. Gold, iron, zinc and copper are listed among those resources.

Dr Miller said: “Mineral extraction has long been important to North Korea and has become even more important in recent years as a source of hard currency.”

The value of these mineral resources was estimated to be $10 trillion (£7.47bn) by a South Korean research body in 2012, according to a report by The Economist.

The wide-collared, fully buttoned-up dictator jacket is the hallmark of Kim Jong-un’s wardrobe and one of his country’s major exports.

A little under 5% of North Korean exports in 2016 were non-knit men’s coats, according to OEC research.

Big coats are reportedly an emerging fashion trend, so it may not be too far-fetched to imagine the Kim Jong-jacket cottoning on in the West.

The people of North Korea are hungry people. A United Nations report from last year estimated that 18 million people in the country were in need and “dependent on Government food rations”.

A startling 10.5 million North Koreans were also malnourished, according to the document.

Kim Jong-un may look to quell that hunger – through guaranteed aid or trade – at the Singapore Summit.

America has no shortage of food to sell. Statistics from the US Department of Commerce show that the food and beverage industry is one of the States’ largest export markets, banking a total of $133bn in 2017.

A whopping $2bn (£1.49bn) worth of soybeans were flogged in April of this year, while a further $870m has been made from oilseeds and food oils since the start of the year, according to the US Census Bureau.

The OEC found that the soybean represented 1.3% of all US exports in 2016 and brought in more export revenue than any other vegetable product.

North Korea is either crazy or desperate for the oil extracted from it.

State propagandists in the Hermit Kingdom must be working overtime if import figures are anything to go by.

The DPRK imported $61m of broadcasting equipment and spent a further $59.9m on video displays, meaning their combined import costs are almost equal to the amount North Korea spends on imported petrol.

Although it is unlikely that the US will sell North Korea gear for the backbone of its propaganda operation as things stand, the country is keen on the export – offloading $1.5bn of televisions and video equipment so far this year.

There has been a steep fall in North Korean imports from China of late, although it is unclear whether it is because the country cannot afford steel or has been cut off by its communist big brother.

Dr Miller says: “Traditionally North Korea focused very much on heavy industry and developed its own steel, chemical and machine building industries from the late 1950s onwards, building on a legacy of heavy industry that had been developed first by the Japanese when they ruled Korea as a colony.

If North Korean steel imports are at a low because there’s not enough money in its purse, it’s doubtful that America will be able to offer the country a better price than that offered by China – a nation renowned for dumping steel on the market.

But if the DPRK has been cut off as part of a power play, opening up a steel trade with North Korea could buy the US some goodwill.

North Korean imports of cars and other automobiles from China have also dropped from previous highs.

Being the home of many of the world’s biggest car manufacturers – including Ford, General Motors and Chrysler – America has plenty of stock to offer car-strapped North Korea, should it want to win concessions on security.

McDiplomacy has played a role in the West’s history of creating connections with Marxist states.

Thousands turned up to the Moscow chain – once the world’s busiest according to Reuters – on its opening day.

The Soviet Union collapsed in December 1991, less than two years after welcoming the bastion of capitalism.