What is the Thames Tideway Tunnel? London’s £4.2bn super sewer

The Thames Tideway Tunnel will renovate London's 150-year-old sewer system, helping deal with the 39 million tonnes of sewage that spills into the UK capital's Thames river every year 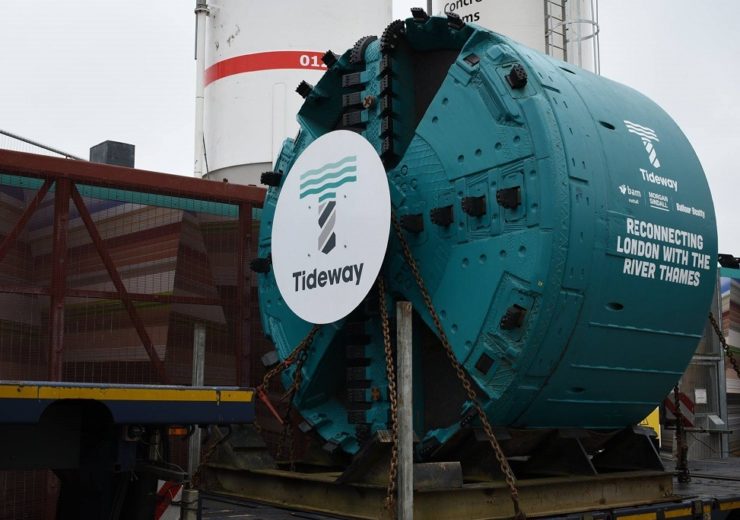 The Thames Tideway Tunnel will help combat 39 million tonnes of sewage leaking into the River Thames every year (Credit: Tideway)

London’s sewer system is 150 years overdue an update but come 2023, the £4.2bn Thames Tideway Tunnel is set to rectify that.

Why is the Thames Tideway Tunnel needed?

Almost 40 million tonnes of untreated sewage leaks into the River Thames every year, with the UK capital’s existing infrastructure having been built for a population half its current size.

If no action is taken, the amount of waste flooding into the famous river is to reach 70 million tonnes annually as soon as 2020.

It is hoped the 15.5-mile super sewer, owned by a consortium of investors, will combat this problem and create a cleaner city for London’s 8.2 million inhabitants.

London’s sewers function satisfactorily most of the time but, during rainstorms, they fill up quickly and waste overflows into the River Thames at 57 “combined sewer overflow” sites.

When these sites were originally built back in the 19th century, they were designed to overflow roughly 12 times a year.

But nowadays, courtesy of an ever-expanding population, there are about 60 overflows annually, polluting the Thames in breach of the EU Urban Waste Water Directive.

What is the Thames Tideway Tunnel?

Once complete, the Thames Tideway Tunnel will reduce this to four times a year, and help deal with the untreated sewage that currently pollutes the surrounding area and harms people living near the river.

This is in addition to the fish living in the river, which suffer from a lack of oxygen as a result of the bacteria that feeds on the waste.

The project will also create thousands of jobs during its construction, providing new areas of public space and helping London’s river economy thrive.

Preparatory work began on the project in 2015 and construction started the following year on 24 sites across the UK capital, with the project slated to take five years from today to be completed.

Customers of Thames Water, the utility firm responsible for the majority of public water supply and waste water treatment in London, will foot the £4.2bn cost through its bills, which are to rise by up to £25 per year.

The main tunnel will be 15.5 miles long and 23.6ft in diameter – wider than Big Ben’s clock face – and will delve up to 213ft beneath the ground. That’s further than the height of Nelson’s Column.

The construction team are using six tunnel boring machines to build the main tunnel and its two smaller tunnel connections.

In February this year, the Thames Tideway Tunnel won the Mission Possible: Mobility award at the Sustainability Leaders Awards 2019, which focuses on corporate sustainability efforts.

Reportedly key to its success was the project’s use of river transport to keep the amount of road traffic as a result of transporting equipment and materials to a minimum.

Estimations for the completion date are split between 2023 and 2024.

Additionally, more than two million UK pensioners have an indirect investment in the project via UK pension funds managed by these firms.

It employs more than 400 people, and works alongside various delivery partners working in groups on different sections of the sewer system.

The section from Acton to Fulham is known as Tideway West, and is being worked on by engineering and construction companies BAM Nuttal, Morgan Sindall and Balfour Beatty Group.

A joint venture between Ferrovial Agroman UK and Laing O’Rourke Construction will build the stretch from Fulham to Blackfriars – Tideway Central.

Construction in the east, from Bermondsey to Stratford – known ad Tideway East – is being delivered by Costain, Vinci Construction Grands Projets and Bachy Soletance.