What is Openreach? The BT offshoot that connects the UK to the web

If you've spent any length of time in the UK recently, you'll have seen an Openreach van on the street or one of its engineers up a telephone pole - here we take a closer look at the BT subsidiary that today absorbed 31,000 new employees from its parent company 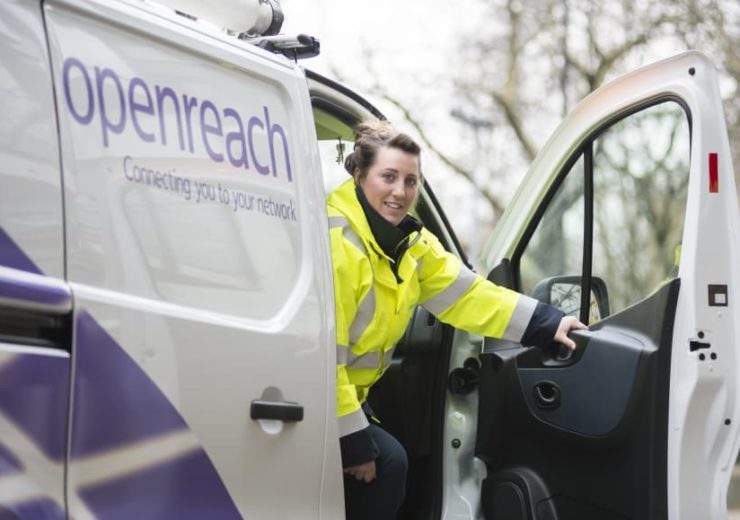 What is believed to be the largest one-off people transfer in UK corporate history was completed by BT and its subsidiary, involving 31,000 staff – but what is Openreach?

Its service delivery team of 10,500 people is fuelled by 250,000 years’ experience in building internet networks across Britain, and aims to build a large-scale fibre-to-the-premises (FTTP) network comprising three million premises by the end of 2020.

Until now, Openreach has been part of BT Group plc but after a two-year battle with industry regulator Ofcom, the telecoms giant was forced to legally separate the business and transfer all its staff across.

Although the new Openreach Limited will still be a wholly-owned subsidiary of BT Group, the announcement today (1 October) about moving staff is a significant milestone in the split.

Here we analyse the history of Openreach, the main projects it’s currently working on and its ongoing efforts to become an independent organisation.

What is Openreach? Roots in BT

In late 2005, BT signed an agreement with Ofcom, facilitating the creation of a separate division to help the company provide better access to its local network.

Openreach officially opened in January 2006 and immediately got off to a shaky start.

In a 2015 report looking back at its first decade, economists J Gregory Sidak and Andrew Vassallo said: “Openreach’s creation generated short-run consumer benefits in the form of lower prices but also led to negative long-run effects, which outweighed the short-term price reduction.

“Prices for broadband and residential fixed-line telephone services are lower than one would expect based on prices in comparable countries.

“In particular, the United Kingdom’s investment in next-generation networks is lagging compared with the rest of the world.”

In 2010, the company signed an £800m contract with Israel-based telecoms equipment manufacturer ECI Telecom to help it create a fibre-optic network that would reach 18 millions UK homes.

Within this objective, it set the short-term goal of three million premises by 2020, and, as of June this year, is connecting 8,000 properties every week to its FTTP network.

The BT offshoot also aims to provide G.fast technology, which offers faster broadband speeds of up to 100Mbps, to 12 million properties by 2020, and has reached 40 locations across the UK so far in 2018.

What is Openreach? Nuts and bolts

Openreach is made up of four units – service delivery, fibre and network delivery, strategic infrastructure development, and headquarters.

These teams’ main purpose is to solve engineering problems, from coordinating works with councils, highways agencies, energy suppliers and landowners, to installing and maintaining its broadband services.

Service delivery comprises 18,000 engineers who, if you’ve spent more than ten minutes in Britain, you’ll most likely have seen one of them at the top of a telephone pole going about their work.

Fibre and network delivery provides broadband to homes, schools, hospitals, stadiums, communications providers and businesses of every size, and is responsible for building the FTTP network by the end of 2020.

Meanwhile, strategic infrastructure development is Openreach’s newest unit, made up of more than 600 people dedicated to building the company’s commercial relationships with government, local authorities, developers and various industry bodies.

More than 600 service providers, including Sky and TalkTalk, now sell services that run via the BT subsidiary’s network.

What is Openreach? Criticisms

Openreach’s goal of installing FTTP broadband to ten million British households by the mid-2020s has been criticised by Ofcom, whose CEO claims the BT subsidiary should commit to a larger scheme.

In an interview with the Daily Mail in February this year, Sharon White argued that Openreach’s plan would see just 25% of premises in the UK equipped with fibre connections by 2025 – far fewer than countries such as Spain and Portugal, both of which have 80% coverage already.

She said: “Why should we be any different from Spain or Portugal? Openreach have made a good start but I would like them to set a much more ambitious target.

“It is inexcusable that millions still do not have access to a decent broadband connection.”

What is Openreach? Calls for split from BT

BT sparked controversy in mid-2015 when it acquired mobile phone operator EE in a purchase partly funded by £1.7bn of Openreach’s revenue.

After calls from the industry to take action, later that year Ofcom announced it was launching an inquiry into the future of BT’s subsidiary and whether it should maintain its arrangement with its parent company or be separated.

Despite a January 2016 report arguing BT should sell Openreach, which received support from 121 MPs from various political parties, Ofcom announced in July that year such a move would not be required.

Instead, the regulator decided Openreach could no longer act as a functional division of BT and should instead be a legally separate company within the BT Group.

In March the following year, BT Group plc agreed to make Openreach a private company, with its own staff and management, with the rest of 2017 seeing Openreach removing the BT element from its logo and any BT-related branding from its website.

In June this year, Ofcom’s report Progress on delivering a more independent Openreach, stated: “There has been broadly satisfactory progress towards legal separation, but some steps have still not been completed.”

But today’s announcement has been heralded as a significant milestone for the split.

What is Openreach? The largest one-off people transfer in UK corporate history

BT’s transfer of 31,000 people to its the new Openreach Limited means the network division now has an independent workforce that includes the largest team of fibre broadband engineers in Britain.

It accompanies the news that BT’s Northern Ireland networks division will be rebranded as Openreach Northern Ireland, which will continue to provide internet connectivity for its customers in the region.

BT Group chief executive Gavin Patterson said: “Our teams have been working hard over the last 18 months to ensure that Openreach is operating with greater strategic independence and in collaboration with customers, and the transfer of 31,000 people over to Openreach marks the final official step towards the creation of a legally separate company.

“This is an on ongoing process, and success requires continued commitment to the right behaviours, as well as transparency on how the arrangements are working in practice. We are committed to working with the regulator and industry to ensure customers up and down the country get the connectivity and customer service they deserve.”

Openreach chairman Mike McTighe added: “This is an important day for Openreach as we’re fulfilling the commitments to Ofcom under the Digital Communications Review [Ofcom’s 2015 report on future issues relating to infrastructure and competition within the UK telecoms industry].

“Openreach now has its own board, greater strategic and operational independence, a separate brand and an independent workforce – and we’re ambitious for the future.

“We’ve set out a clear plan to invest in new, more reliable, future-proof broadband technology, and we’re right in the middle of our largest ever recruitment drive for 3,500 engineers – so it’s an exciting time to be part of Openreach Limited.

“We’re determined to continue improving customer service, collaborating closely with our customers, and spearheading the national roll-out of next generation broadband networks.”

Looking to the future, Openreach is in the process of investing £3bn to facilitate its proposed FTTP and G.fast upgrades to the UK’s broadband network, which is currently equipping 17,100 premises with one of the two technologies every week.