What is Nitto? Profiling the new sponsor for the ATP World Tour Finals 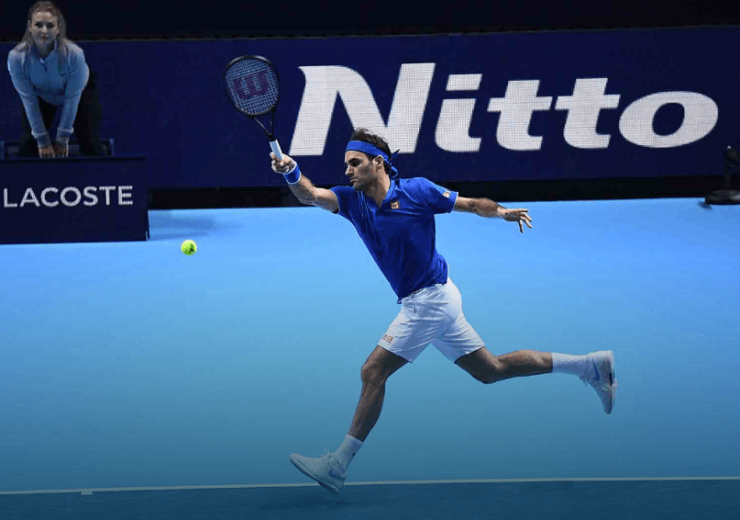 Fans of tennis and its season-ending tournament the ATP World Tour Finals might have spotted a change at this year’s event – the sponsorship has changed hands from banking group Barclays to Nitto.

The Nitto Denko Corporation, to give the Japanese materials manufacturing company its full name, turns 100 this year and appears to be looking to start the new century by expanding its public profile.

President, CEO and COO Hideo Takasaki said when launching celebrations earlier this year: “In 1918, during a time when it was difficult to procure materials from abroad due to the First World War, our company was founded as Nitto Electric Industry Co, Ltd (Nitto today) in Osaki, Tokyo, with the aim of realising domestic production of insulating materials needed for electronics.

“When it was first founded, Nitto faced many crises, however, it overcame these and refined its foundation to become what it is today by pouring everything it had into each and every product, and by pursuing customer service.

“Currently, we are developing our business globally to offer various products in fields such as electronics, automobiles, housing, infrastructure, environment, and medicine, based on our core technologies of adhesive and coating technology.”

Here we break down the company’s history, its main areas of business and presence on the world stage.

Nitto and its 30,000 employees manufacture and sell 13,500 products to more than 70 industries – primarily transport, electronics and energy – generating a total revenue of roughly $8bn (£6bn).

These items vary greatly, with the Toyko-headquartered firm producing and selling everything from the film that protects screens on a new smartphone to key components used in wind turbines.

In the automotive space, it creates various materials needed for parts needed for electric vehicles, including a light-blocking material to stop interference with a car’s heads-up display (HUD), as well as others for improving performance and safety.

Nitto also has a presence in healthcare, producing multiple materials needed for tools used in the industry in addition to developing treatment drugs for cancer and liver cirrhosis.

Nitto has developed its own energy-conservation strategy, which features the widespread use of renewable energy and hybrid generation systems at its various plants.

With production process using large amounts of water, it has introduced water recycling methods, with the aim of increasing the amount of water recycled from 50% to 90% within then next five years.

The company has also put into place anti-leakage measures at its facilities to lower their environmental impact, resulting in yearly emissions reductions of up to 36 tonnes at certain locations.

Additionally, Nitto places an emphasis on promoting employee diversity across all levels of the organisation, setting yearly targets to increased the number of women in senior roles, reaching 4.13% last year.