What is Lucid Motors? The Tesla rival in talks with Saudi investors

Electric car manufacturer Lucid Motors has reportedly been in talks with the Public Investment Fund (PIF) of Saudi Arabia about a possible $1bn investment. James Walker looks at the story of the Tesla competitor to date 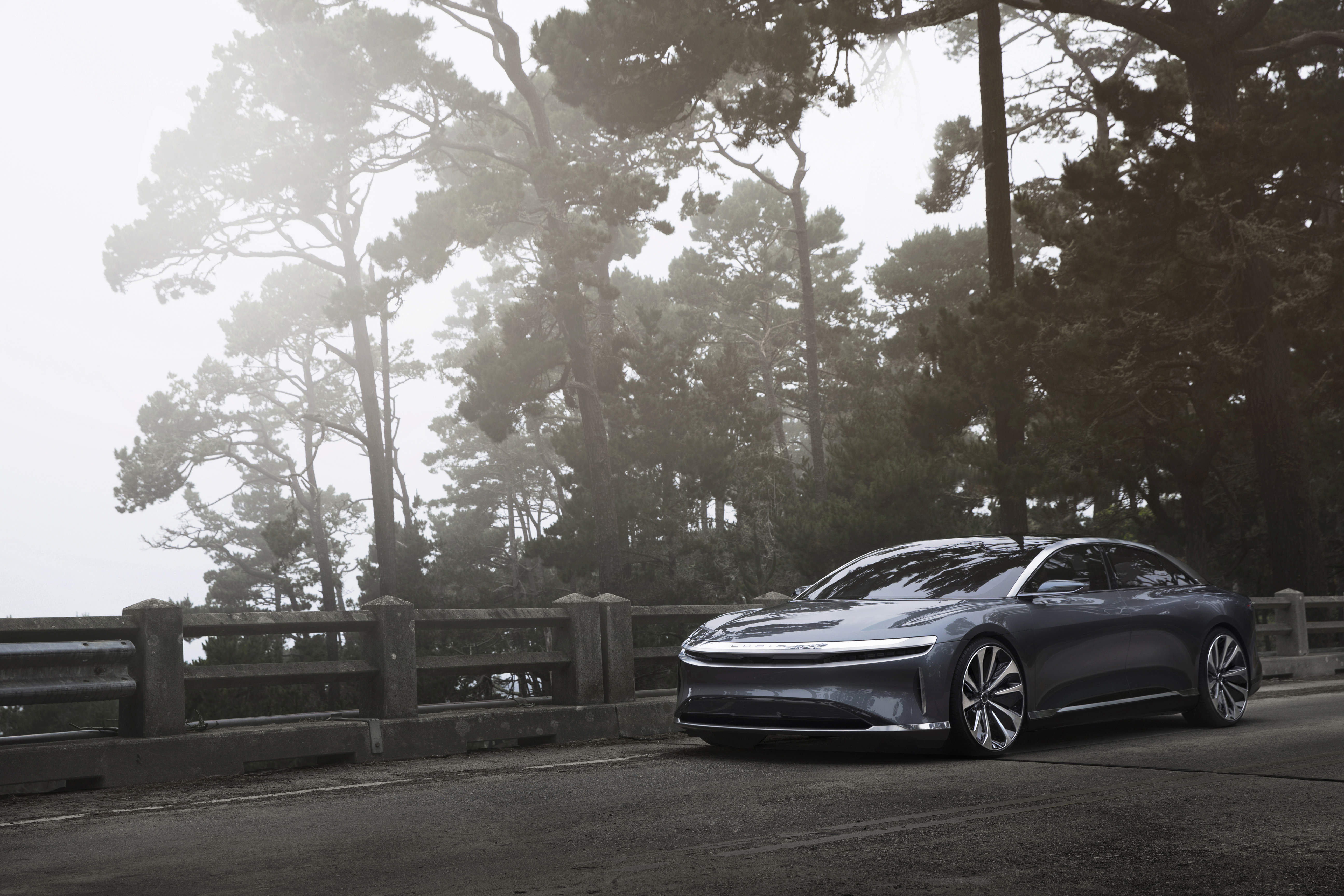 Elon Musk came in for a surprise when reports emerged the Saudi investment fund he believes could back his move to take Tesla private was now in talks with another electric car manufacturer – but what is Lucid Motors?

It is believed the Public Investment Fund (PIF) of Saudi Arabia could invest as much as $1bn (£780m) in Lucid Motors – a competitor of Tesla also based in California.

Reuters reported the investment would come in three stages, with an initial backing of $500m (£392m) and further investment being hinged upon production targets being met.

Speaking to the news agency, sources said talks between PIF and Lucid Motors could also end in no deal being reached.

Compelo contacted Lucid Motors for clarification on the matter as well as the terms of any deals, but the company said it would not discuss fundraising matters.

Tesla chief executive Elon Musk claimed PIF could help him fund a $420 (£329) per share buyback of the company to take it private earlier this month – later tweeting that funding was “secured”.

Shares in Tesla slid by around 5% in pre-market trading following claims of talks between PIF and Silicon Valley-based Lucid.

Compelo has taken a look at the story of Lucid Motors so far, the specs of its launch vehicle and the people behind the Tesla competitor.

What is Lucid Motors? The journey from battery builder to car manufacturer

Known as Atieva at the time, the firm began life manufacturing batteries for electric vehicles before it picked up a $100m (£78.33m) investment that reportedly came from Chinese car maker Beijing Automotive Industry Holding, and electronics and automobiles conglomerate LeEco.

The 2014 investment was geared towards turning Lucid Motors into a car manufacturer, not just a parts producer.

It has since looked at raising $700m (£548.31m) for a production facility in Arizona – an investment that could come in three stages.

By the end of the first stage, it is thought the manufacturer will produce 8,000 to 10,000 cars a year – a figure that could rise to 130,000 on completion of the third phase of investment.

Speaking to financial website The Motley Fool, Lucid Motors chief technology officer Peter Rawlinson said: “We plan to create a network of stores and a service network. Now, that will have to grow organically as sales grow.

“Before launch, we’re planning our first store, probably in the Bay Area. And we’ll grow that network in a synchronous manner with sales. And yes, that will be challenging to start with, of course.”

At the time of writing, Lucid Motors has 240 registered employees on LinkedIn and is expected to roll out its first electric car next year.

What is Lucid Motors? The specs of the Lucid Air

Lucid Motors is set to enter the electric vehicle market when it launches the Lucid Air – a car that has already managed to reach 235mph during tests.

The standard version of the all-electric car, priced at $60,000 (£47,000), has a 240-mile range powered by Samsung SDI batteries and an autonomous hardware system produced by Mobileye.

Lucid Motors claims that the base model can also go from 0-60mph in less than 2.5 seconds.

Buyers will also have the option of paying extra for versions of the vehicle with perks such as a 400-mile range and a 29-speaker audio system.

According to the Lucid Motors website, the first batch of 255 launch vehicles will have many of the best extras – including the improved range.

Mr Rawlinson said the Lucid Air was not a competitor of the Tesla Model S, but the “next step forward”.

He was formerly chief engineer of the Tesla Model S – but claims that Lucid uses none of its competitor’s open source patents for the car, focusing on its own technology instead.

What is Lucid Motors? Executives behind the machine

Before entering the tech market, Mr Weng studied at Berkeley, University of California, and was awarded a bachelor of science degree in electrical engineering and computer science.

The vice-president of design Derek Jenkins, like Mr Tse and Mr Rawlinson, also has a storied career in the automotive industry.

According to his LinkedIn profile, Jenkins was the director of design at Mazda North America before joining Lucid Motors in July 2015.

He also spent nine years as chief designer for Volkswagen America between 2000 and 2009, having studied at the ArtCenter College of Design in California.

What is Lucid Motors? Next steps for the electric automaker

The impact of rumours about a PIF-Lucid Motors deal on Tesla’s shares are surprising in some sense, as Lucid has not yet started selling cars – though it is taking deposits.