What is the Lime app? The urban electric scooter provider backed by Uber and Google’s Alphabet

Ride-hailing app giant Uber, along with Google's parent company Alphabet, has contributed to a £253m investment into a US-based electric scooter hire company - and will partner with the start-up to let its app users access the low-carbon vehicles. As attention both positive and negative for the company mounts, we ask: what is the Lime app? 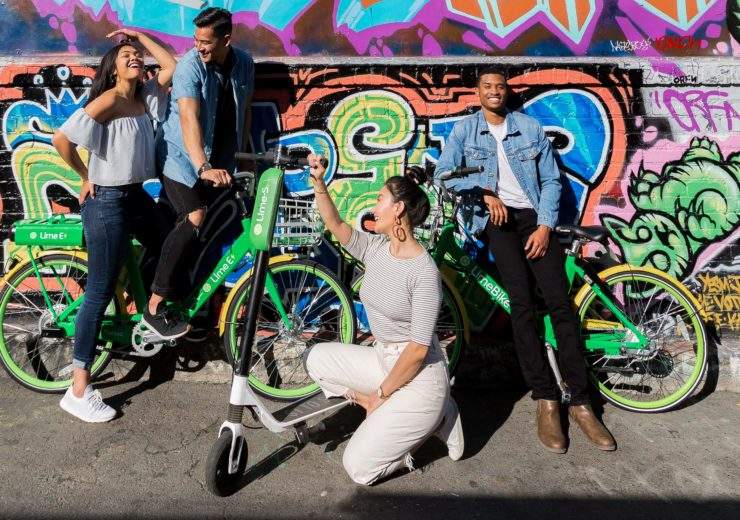 It’s at the forefront of the electric scooter invasion in major cities and perhaps one day will be as second-nature as ordering an Uber or riding a “Boris bike” – but what is the Lime app?

Alongside the likes of Bird, Scoot and Yugo, Lime is one of numerous start-ups aiming to transform how people travel around urban areas by replacing taxis and buses with short journeys on bikes and scooters.

Despite still being shy of reaching its second birthday, the San Francisco company is already said to be a unicorn – the term for businesses with a $1bn (£760m) value.

Its threat to Uber didn’t take long to identify either, with the ride-hailing app giant moving swiftly to lead a consortium of investors that provided Lime $335m (£253m) worth of investment in the summer.

As part of the deal, Uber users will be able to use its app to rent the dockless Lime scooters in cities where it has a licence – although this has been a thorny issue in itself with San Francisco and areas of Los Angeles putting temporary bans on scooter firms.

As the start-upmade bold claims yesterday (9 October) that it will become the first company of its kind to go carbon-neutral, we look at the story so far for Lime.

What is the Lime app? How it works

Until now, people have been able to locate and unlock a dockless electric scooter, electric bike or pedal bike using the Lime app – and either scanning a QR code or entering a six-digit ID.

It has mainly operated in the United States, where it serves more than 50 communities.

Electric bikes and scooters cost $1 (75p) to unlock plus 15 cents (11p) per minute, while pedal bikes cost $1 per 30 minutes – including the unlocking fee.

Similar to Uber, rides are paid for by uploading bank card details when registering for the service and automatically debited after use.

As Lime vehicles are dockless, rides are ended by the user pushing down a locking arm connected to the rear wheel in any location.

What is the Lime app? A financial retrospective

Founded in January 2017 by Toby Sun and Brad Bao, Lime secured its first round of funding when investors led by private American venture capital firm Andreessen Horowitz pumped $12m (£9m) in the company in March that year.

Known at the time as LimeBike, the start-up had its first official launch at the University of North Carolina in Greensboro in June 2017, where it deployed 125 bicycles.

The following month, it launched 500 bikes in Seattle, Washington, before raising $225m (£170m) worth of investment in October.

By May this year, the company re-branded as Lime and announced it would be partnering with scooter manufacturer Segway so as to produce new two-wheeled vehicles.

Lime employs more than 100 people at its San Mateo, California, headquarters – with many staff brought in from companies like Facebook, Uber, Amazon, LinkedIn and PepsiCo.

What is the Lime app? Global presence

As the start-up hit the one million rides milestone in the US in December last year, it also began to branch out into Europe as well.

Electric scooters were first rolled out into Berlin, Zurich and Frankfurt at the end of last year, before being introduced in Paris in June – the city in which the world’s first bike-sharing network was launched in 2007.

In Paris, users are charged 15 cents (13p) for every minute of riding at a maximum speed of 15mph for up to 31 miles.

All vehicles are picked up every night at about 9pm for recharging and repairs.

Lime director Arthur-Louis Jacquier, speaking to Reuters, said at the time: “Paris is our first big-scale deployment in Europe – we have big ambitions in Europe.”

He added that the company plans to launch in 26 European cities by the end of the year.

Although many remain unspecified, its website shows it is also present in Vienna, Bordeaux, Lyon, Basel, Prague, Madrid and Valencia in Europe, as well as in Waterloo, Canada.

What is the Lime app? Big funding from big names

Lime founder Toby Sun said in a blog post: “The new funds will give us the ability to expand our operations globally, develop new technologies and products for consumers and build out our infrastructure and team.

“Uber will work with us as a strategic partner in the electric scooter space to offer people a greater variety of transportation modes at their fingertips and make it increasingly easy to live without a car.

“As electric scooters grow in popularity and become a more beloved way to travel short distances, the partnership adds to Uber’s vision of becoming a transportation platform for people around the globe.”

What is the Lime app? Spells with controversy

While Lime’s expansion has been rapid, it’s not always been smooth and, in June this year, the company’s electric scooters were banned from the streets of San Francisco.

San Franciscans had filed more than 1,800 complaints since the start-up’s launch in their city concerning riders illegally speeding down the pavement.

The city called for a temporary ban on Lime scooters, along with those of similar companies Bird and Spin, which began on June 4.

It required the three dockless electric scooter providers to comply to a permit programme to regulate their vehicles until a more viable system can be implemented.

Any shared motorised scooter found on the city’s pavements was confiscated and the operator will be charged fines of up to $100 (£75) per day.

In August, the San Francisco Municipal Transportation Agency (SFMTA) announced Scoot and Skip could return to the city – but Lime and Bird, the world’s two largest in the scooter-sharing sector, were snubbed.

“San Francisco Public Works had to impound more than 500 scooters that were blocking sidewalks or otherwise improperly parked.”

Lime has sent an appeal to the agency, requesting an “unbiased hearing officer” to re-evaluate its application to take part in a 12-month pilot programme.

While similar temporary bans were placed in Santa Monica and West Hollywood, both LA, Santa Monica eventually handed permits for bikes and scooters to Lime, Bird, Lyft and Uber-owned Jump.

What is the Lime app? Climate goals

Perhaps in a bid to move away from controversy, Lime has now beefed up its green credentials by claiming it will become the first scooter-sharing firm to go carbon-neutral.

The company said it will buy renewable energy credits – which allow businesses to invest in eco-friendly power generation – from new and existing projects to cancel out the energy it uses to charge and transport vehicles.

In some cities, fleets will also be powered by local renewable sources.

Other initiatives it will explore include on-site solar panel installation and improving the energy efficiency of its buildings and activities.

Andrew Savage, who was announced as the company’s new head of sustainability, said:  “Our goal has always been to transform the way people move in cities through greener alternatives, and we’re proud to take this next step toward a more sustainable future.”