What is augmented intelligence? The tech enhancing the human mind rather than replacing it

Artificial intelligence has yet to reach its full potential, with the technology remaining a showcase tool in most instances - augmented intelligence could be a safer bet in the short term 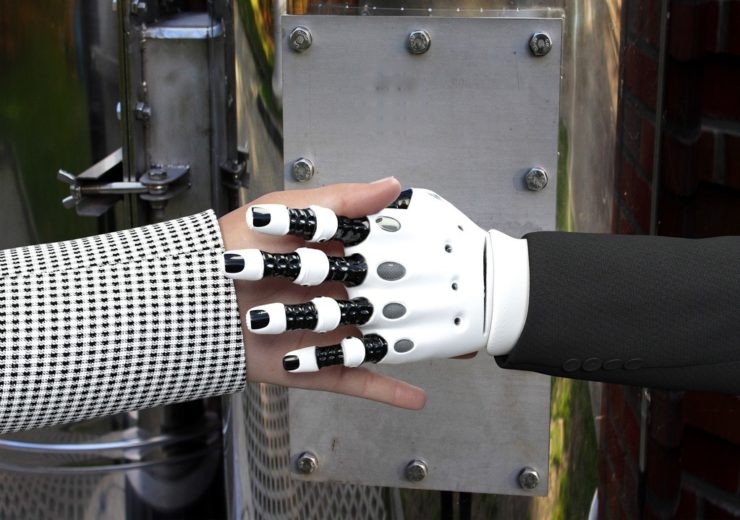 The technology is a scaled back iteration of its more well-known predecessor, which has become an umbrella term for everything from machine learning in business to cautionary films about robot apocalypses.

It comprises intelligent systems that help humans with their work and everyday lives, making it more feasible and implementable in the short term.

Here Labhesh Patel, CTO and chief scientist at online mobile payments and identity verification company Jumio, shares his thoughts on its recent rise and what the future may hold.

What is augmented intelligence?

AI is a well-known phrase. It’s all around us, and in particular, AI is infiltrating the world of business in ways we could hardly have dreamed of just a few short years ago.

In that same vein, it’s widely accepted that the “A” in AI stands for “artificial.”

While that is by no means incorrect, the promise of artificial intelligence is quite different to the reality.

The promise of AI is usually to replace costly human labour without losing the value of intelligence that humans bring to bear on a task.

At the moment though, AI is still imperfect in most applications — it needs humans to feed and train the algorithms.

While AI can be a huge help, it’s still a work in progress, and because of this, what we’re now seeing is an evolution of AI, whereby that “A” becomes “augmented.”

This is what we call the rise of augmented intelligence.

A time and a place for AI

There’s no denying that artificial intelligence has come on leaps and bounds in recent years.

Google demoed an incredibly natural-sounding Google Assistant making an appointment over the phone at its developer conference.

We’ve even seen experts at Stanford demonstrate how new artificial intelligence algorithms can reliably screen chest X-rays for more than a dozen types of disease in a matter of seconds.

What’s more, in the identity verification space, AI models can scan selfies against the faces on government-issued IDs to determine whether they are the same person.

However, AI can only go so far on its own and augmented intelligence recognises this.

It is the understanding that AI technologies have been developed specifically to help humans make faster and better decisions, but there is still the need for a human element where the risk of failure is too great or when the AI is not evolved enough to act independently of human support.

Augmented intelligence is also important in cases where in addition to data, human intuition plays an important part in critical decisions.

In recent times, we’ve seen these exact scenarios whereby AI has simply not been advanced enough, or whereby there was still the need for human involvement.

For example, Microsoft’s AI chatbot Tay was supposed to become more human-like by learning from human interactions — what actually happened, was that it became quite sinister, picking up and replicating the more negative and offensive words and phrases.

There are other scenarios whereby human intuition is still required.

Again, looking to the identity verification space, some users may upload pictures of IDs for verification with a low-res camera on their phone, making the photo of the ID blurred.

There are also new ID types introduced, almost on a daily basis, meaning that algorithms alone wouldn’t have enough data to understand the nuances of specific fraud patterns for newer IDs.

Also, new data privacy standards such as GDPR now stipulate that users must have an explanation for any decision made, whether that’s for a mortgage or blocking an account opening. AI alone would struggle to provide such explanations.

The case for augmented intelligence

These types of situations are what makes the the case for augmented intelligence – AI needs to be underpinned by humans to detect unusual situations in decision making processes.

At Jumio, we think of it as Iron Man — AI is Jarvis, the technology that gives Tony Stark super powers, but only when combined with Tony’s creativity and human nature can great things be achieved.

The likes of Apple and Amazon recognise the need for augmented intelligence, using human trainers to develop the personalities of Siri and Alexa.

But it’s not just in the most obviously consumer-facing applications whereby augmented intelligence is proving its worth.

For example, in identity verification, if 10,000 instances of a specific ID are being reviewed each month, the process creates a large data set to underpin an algorithm.

This data can then be tagged and machine learning can begin to sniff out the legitimate IDs from the fraudulent ones.

By tagging tens of thousands of IDs in this manner, the algorithms that feed machine learning get smarter, faster and learn how to recognise these patterns automatically.

Taking it one step further, augmented intelligence algorithms can begin to flag suspicious parts of an ID and pass them over to human reviewers who can then inspect them more closely.

It means that human agents can focus the majority of their attention on the parts of the ID that are anomalous from the standard ID template, safe in the knowledge that the technology being used is covering the more standard checks needed.

This allows the verification process to get faster since humans are only inspecting deviations and anomalies, not the entire ID.

AI has undoubtedly improved immensely in recent years, but the ability to recognise that there are still limitations when used in silo is important for its advancement.

The only way in which artificial intelligence will develop is through the fusion of human expertise, constantly teaching and guiding it to become more sophisticated.