From alien abduction to penises, here’s seven weird things you didn’t know can be insured

Often regarded as a stale industry by the public, it's not widely known that insurance companies cover some truly bizarre risks associated with assets and activities 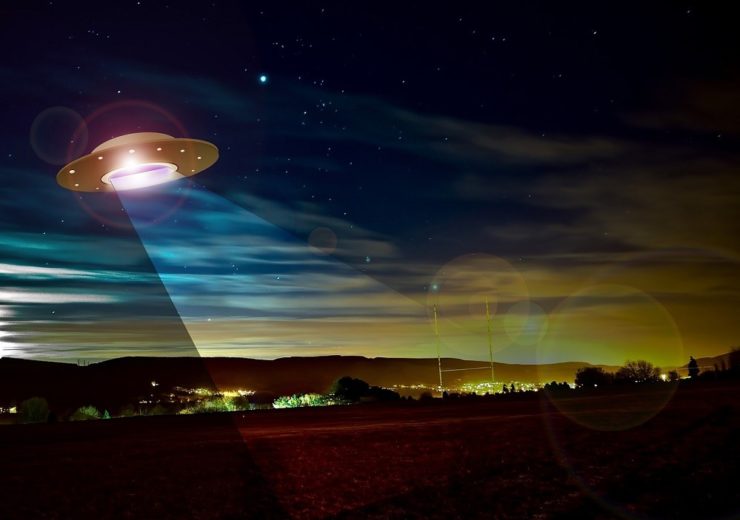 Alien abduction is just one example of weird insurance

The story that David Beckham insured his legs is one of the more well-known instances of weird insurance – but the prized possessions of England’s former captain aren’t alone in some of the downright weird and wacky items on insurers’ books.

From policies addressing the risk of alien abduction to losing a sock, here’s some examples that prove it’s possible to insure literally anything.

Once considered a symbol of wisdom and dignity, the beard no longer holds the same significance it once did.

Despite being little more than a fashion accessory, many beards are iconic enough that their wearers wish to protect their reputation should a follicle-based disaster occur.

Over-50s insurance specialist SunLife offers a policy on its website aimed at men afraid that their facial hair could meet an untimely end as a result of “beard trimming accidents” or “devastating beard singe”.

Unfortunately, this means there’s no way to take out beard insurance for the average Joe but specialist insurance market Lloyd’s of London has insured the facial hair of the rich and famous.

Most recently, ZZ Top guitarist and frontman Billy Gibbons claimed in an interview with Fox 411 – the American news network’s celebrity gossip branch – that the specialist market insures his beard, although he wouldn’t disclose the amount.

The closest Lloyd’s has come to insuring the beards of the public was when it covered the facial hair of 40 members of a beard enthusiasts’ club in Derbyshire against fire and theft  – although questions remain about how a beard can be stolen.

Alien abduction risk is generally the preserve of conspiracy theorists adorned with tin foil hats – it might be a surprise, then, to learn there’s an insurance policy that covers it.

Also known as UFO insurance, an alien abduction policy covers customers who can prove they were abducted by non-human life forms.

The first company to offer the insurance was The Saint Lawrence Agency, based in Altamonte Springs, Florida.

A 1999 interview with founder Mike St Lawrence revealed the product to be a joke, revealed by his statement that it’s often bought to cover somebody else, but with the buyer listed as the beneficiary of any claims.

The agency continues the joke to this day with a picture on its website of a policy written for adult actress Stormy Daniels, with US President Donald Trump listed as the beneficiary.

But the policies will only pay out if claimants can pass a lie detector test and corroborate their story with video footage or a third-party witness.

Insurance risk isn’t the first thing that comes to mind when thinking about paranormal activity.

But there’s clearly a demand as several companies offer insurance policies for this specific niche.

This cover doesn’t apply to victims of paranormal attacks, however, but to the professionals that investigate it.

The most recent YouGov poll found that a quarter of UK citizens believe in ghosts, and the job of a paranormal investigator is to search properties for the cause of a reported disturbance – they first look for logical answers before attempting to prove the paranormal.

As one might imagine, while hunting for ghosts, these investigators run into many claims of charlatanry, which is where paranormal investigator insurance comes in.

Professional indemnity covers the legal costs of defending the claim, as well as the compensation payable to the client to rectify the mistake.

Public liability insurance is another aspect of paranormal investigator cover, as it protects those providing this service from any allegations of personal injury or property damage that arise from clients whose properties are under investigation.

Lloyd’s has a history of insuring the assets of individuals who fear they would be prevented from practising an art or skill without them – Bruce Springsteen’s voice and David Beckham’s legs are two of the more common examples.

But it also insures a body part that every man wishes to protect at all costs – his penis.

The specialist insurance market won’t ensure just anybody’s penis. But for adult film actor Keiran Lee, for whom the loss of this particular asset could destroy his career, it made an exception.

Mr Lee insured his member for $1m (£766,000) – but the policy only triggers in the event of loss, meaning he isn’t covered for any work-related injury inflicted on his penis.

Lloyd’s has insured the penises of the general public before, but this rare occurrence was part of a promotional campaign led by UNDZ – a Montreal clothing company specialising in underwear.

The campaign collaborated with the oldest UK insurance market to offer an insurance policy to every man who bought more than three pairs of underwear, covering his penis for $50,000 in the event that through whatever misfortune, it becomes detached.

The penis insurance promo was launched in early 2014, and with only 16,000 cases of penile injury or detachment reported globally each year, there are high chances these policies are still on the books.

How socks go missing is one of life’s unanswerable questions.

The parody political organisation, Monster Raving Loony Party, has tried to solve the single-sock crisis with one of its oldest ‘manicfesto’ promises, which would guarantee “all socks to be sold in packs of three as a precaution against losing one”.

Perhaps a more realistic solution to a lost sock, however, is insurance, which is available from a niche group of clothing retailers.

One such retailer is San Francisco clothing company Betabrand, which offers complimentary sock insurance that lasts for a year after customers purchase any pair of the garments.

The company’s website says it offers this insurance in the eventuality that a sock is “pulled off your foot by an angry dog. Or you left it behind as an apoplectic man chased you from your hiding place in his wife’s closet”.

In order to make a claim on a sock insurance policy, customers must send the company’s team of adjusters a selfie photograph of them holding their lone remaining sock with the subject line “Help, I Lost A Sock!”

After what one can only assume is a rigorous claims adjustment process, customers are sent a replacement sock to once again complete the pair.

Playing fantasy sports games is a popular past-time in the US, with an estimated 59.3 million people participating in competitions like NFL Fantasy Football, according to the Fantasy Sports Trade Association.

Fantasy sports involve users creating their own virtual team within a sport by selecting players from other real-life teams.

They then accrue points for their team when their chosen players perform certain actions in real sporting events.

There’s an entire industry built around giving news, player rankings and future projections for sports as they impact fantasy leagues, but nobody can predict a real-life player injury, which can destroy a fantasy player’s chances and make their price of entry a waste.

Texas-based Rotosurance has a solution for this disastrous outcome, in the form of fantasy sports insurance

This insurance product covers the league buy-in price for individuals with a player whose injury results in more than nine missed games.

Participating in a competition can be an enjoyable and sometimes lucrative experience, but the loss to a business or individual hosting such an event can be significant if a prize is won.

Specialist insurance companies cover several types of competition, including games of skill and chance at a real-life event or on television.

UK-based Event Insurance offers insurance for golf competitions, in which the participants can win a prize if they achieve a hole-in-one.

The firm’s hole-in-one insurance covers event organisers for up to £50,000, with the maximum premium set at £569.

According to the policy’s terms and conditions, the hole-in-one must be observed by an adjudicator from a list of professions, which include golf professional, lawyer and judicial officer known as a “justice of the peace”.

For any amount of cover above £25,000, the prize-winning scene must be recorded on video as evidence.

This company boasts that one of its directors was “heavily involved” in the first TV lottery to offer a £1m prize.