Volkswagen We Share: The new all-electric car-sharing scheme set to be launched in 2019

The Volkswagen We Share car-sharing scheme will be launched with 2,000 all-electric vehicles in Berlin next year - with the automobile giant planning to roll it out to other major cities in Europe and North America 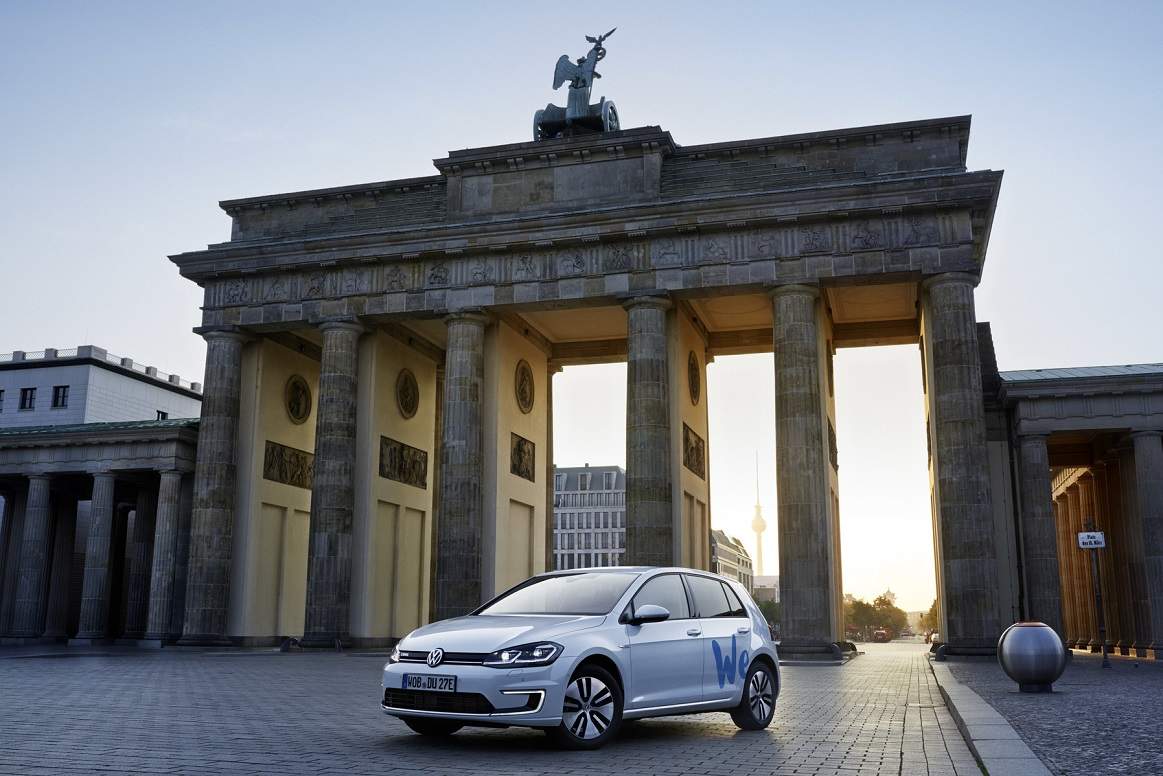 One of the world’s biggest automakers will soon offer electric car-sharing after the new Volkswagen We Share scheme was confirmed.

Volkswagen announced yesterday (23 August) it will enter the e-mobility car-sharing market in Berlin from the second quarter of 2019 – where there will eventually be 2,000 all-electric vehicles available for on-demand booking.

It will then roll-out the concept to further major cities with populations of more than one million in Germany, Europe and North America from 2020.

Jürgen Stackmann, Volkswagen brand board member for sales, said: “We want to motivate young, urban users to engage with e-mobility.

“The people of Berlin will be the first to enjoy the electrifying experience of our ’We Share’ car-sharing offering.”

The first fleet of electric cars to be rolled out in Berlin will comprise 1,500 e-Golf cars, with an additional 500 e-up! vehicles following later.

They will gradually be replaced by the first models from the new Vokswagen ID family from 2020.

Volkswagen We Share is the first service in the new eco-system dubbed “Volkswagen We”, which is aimed at non-vehicle owners.

The We platform is an app that allows Volkswagen customers to use their car as a delivery address and pay for parking.

It will take to the road with a “free-floating” car-sharing system, in which electric vehicles are spontaneously available for customers at all times.

At a later stage, the firm will add smaller vehicles as micromobility options to its electric car fleet.

Mr Stackmann added: “Because of the size and density of its population, Berlin is the ideal market and has the greatest potential.

“Many people who have already tested car-sharing live there – and the numbers keep on growing.”

Volkswagen is also aiming to draw attention to the benefits of e-mobility and stimulate interest in the technology with the high-visibility fleet of 2,000 “We Share” vehicles.

Mr Stackmann believes the company is “democratising e-mobility”, adding: “From 2020, ’We Share’ is to support the market introduction of the new generation of our new, all-electric ID models and thus make a significant contribution to the Volkswagen brand’s e-mobility offensive.”

He told CNBC that he hopes the platform will host five million users each year.

Volkswagen We Share will be managed by the company’s Berlin-based subsidiary UMI Urban Mobility International.

“The most conservative forecasts for Europe predict annual growth of 15%.

“We will continue to develop this market and make this form of mobility accessible to an even broader user group.”

Volkswagen will compete with other car-sharing apps already on the market in major cities, including Zipcar, Virtuo and Drivy, while other car manufacturers have launched similar services.

French car manufacturer PSA – the owner of Peugeot and Renault  – has announced a similar zero emission car-sharing scheme that it intends to launch in Paris this September, while BMW will team up with Daimler’s Mercedes to merge their car-sharing operations.