The Salzgitter plant, which is expected to reach an annual capacity of 40GWh to power nearly 500,000 electric vehicles, is the first of six cell factories planned to be built by the German automobiles company in Europe under its new PowerCo business 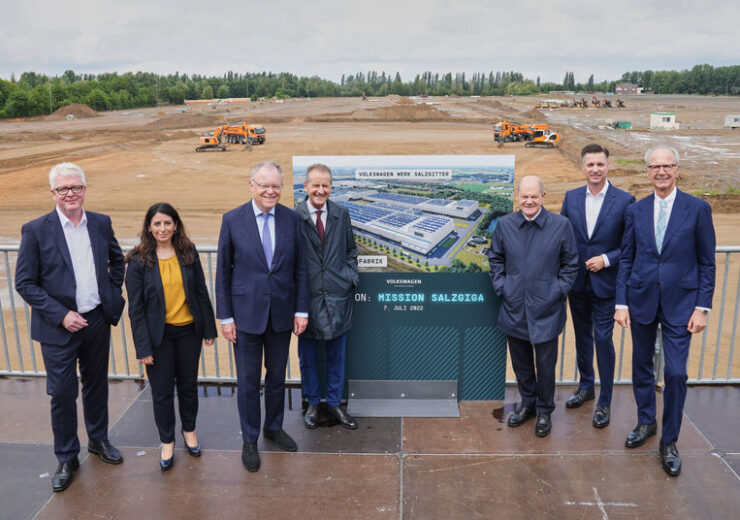 The Volkswagen Group has started construction on its €2bn gigafactory in Salzgitter, Germany with a target to begin production in 2025.

In the future, the Salzgitter plant is expected to reach an annual capacity of 40GWh, which will be enough to power nearly 500,000 electric vehicles (EVs).

The facility is the first of six cell factories planned to be built by the German automobile company in Europe under PowerCo, a battery company launched by it in December 2021.

According to Volkswagen, the Salzgitter cell factory will serve as a blueprint and starting point for the other five European factories. The group will also consider building additional factories in North America in the future.

German Chancellor Olaf Scholz said: “Today is a good day for the automotive industry in Germany and Europe. Volkswagen is showing how the future of sustainable, climate-compatible mobility could look. Together, we are laying the foundation for shaping this future to a significant extent in Salzgitter.”

PowerCo, which will handle the global battery activities of Volkswagen, will invest over €20bn in Europe through 2030. The six cell factories are expected to be operational by the end of the decade and will have an estimated volume of 240GWh.

Volkswagen CEO Herbert Diess said: “The battery cell business is one of the cornerstones of our NEW AUTO strategy which will make Volkswagen a leading provider of the sustainable, software-driven mobility of tomorrow.

“Establishing our own cell factory is a megaproject in technical and economic terms. It shows that we are bringing the leading-edge technology of the future to Germany!”

Volkswagen said that with immediate effect it will use Salzgitter as a base to manage global factory operations, the vertical integration of the value chain, the further development of cell technology, and the delivery of machinery and equipment to the factories.

In the future, the group plans to add further products like major storage systems for the energy grid.

The next cell factory to be built by the group will be in Valencia in Spain.

Currently, Volkswagen is in the process of identifying three other cell factories in Europe.