Virgin Orbit to merge with NGCA in $3.2bn deal

The merger will enable the company to become publicly listed, with trading expected to be on NASDAQ 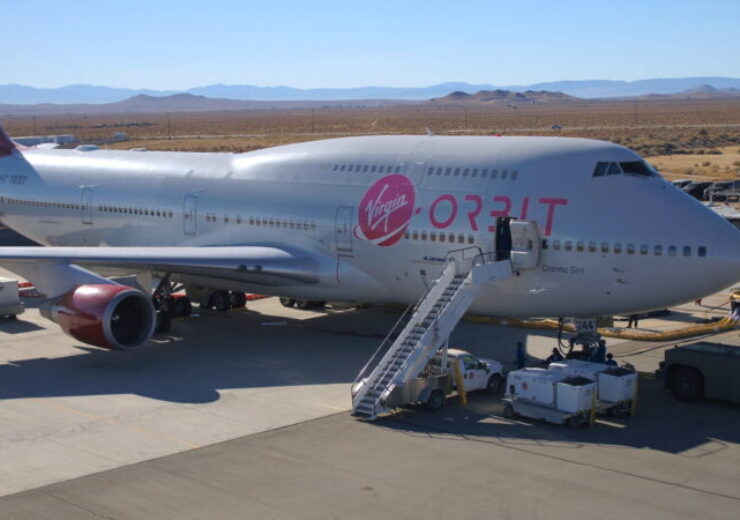 Virgin Orbit, a US-based satellite launch and space solutions provider, through its parent company Vieco USA, has agreed to merge with NextGen Acquisition Corp. II (NGCA), in a deal that values the satellite-launching firm at $3.2bn.

NextGen Acquisition Corp. II is a special purpose acquisition company (SPAC). Its merger with Virgin Orbit will enable the latter to become a publicly listed company.

The satellite-launching company is expected to trade on NASDAQ, post-merger. It is a spin-off of US spaceflight company Virgin Galactic, which had recently completed its first fully-crewed spaceflight with VSS Unity.

Established in 2017, Virgin Orbit has developed an air-launched, liquid-fuelled launch system. In June 2021, the company launched satellites for commercial and national security customers directly into their target orbits.

The company has built a satellite launcher called LauncherOne for launching commercial and government-built small satellites into orbit.

The company’s existing shareholders are the Virgin Group, Mubadala Investment, and management and employees.

“They are building on the incredible foundation of their rapid transition into successful commercial launch operations to find new ways to solve big problems that uplift our customers’ amazing ideas, again and again.

“I’m very excited we are taking Virgin Orbit public, with the support of our partners at NextGen and our other wonderful investors.”

The merger gives the combined firm gross proceeds of around $483m. This includes nearly $383m of cash held in NGCA’s trust account and a fully committed common stock public investment in private equity (PIPE) of $100m.

The PIPE is led by Boeing, AE Industrial Partners, and other strategic and institutional investors.

The proceeds will help Virgin Orbit gain growth capital for further scaling rocket manufacturing to cope up with customer demand. The company will also use the capital for financing growth in its space solutions business and its ongoing product development initiatives.

NGCA co-founders George Mattson and Greg Summe said: “We have worked with Sir Richard and the Virgin Group on various projects, including Virgin Galactic, over the last few years and admire their vision and commitment as they have built Virgin Orbit from an idea to a commercial reality.

“We look forward to leveraging our industry and financial experience, along with our public company leadership and governance experience to help Virgin Orbit deliver the next chapter of its exciting journey as a public company.”

The deal, which is subject to approval by NGCA’s shareholders and other customary closing conditions, is expected to close by the year-end.