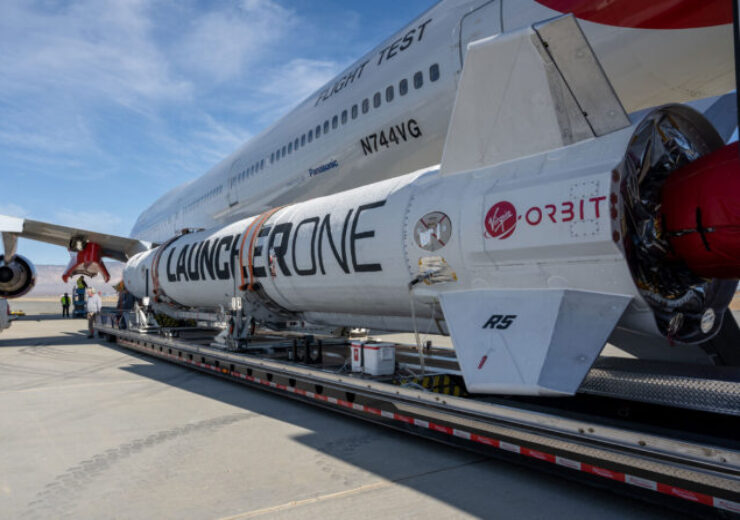 Virgin Orbit has signed a launch services deal with the Institute for Q-shu Pioneers of Space (iQPS), a Japanese earth observation constellation operator, for launching the latter’s QPS-SAR-5 satellite in early 2023.

According to Virgin Orbit, the QPS-SAR-5 satellite is expected to be launched by its LauncherOne vehicle into a customised mid-inclination orbit to enable the Japanese institute increase the coverage of its constellation as well as revisit rate.

The QPS-SAR-5 earth observation satellite will be injected directly into the desired orbit on iQPS’s schedule, said Virgin Orbit.

The US-based satellite launch provider said that the flexibility of LauncherOne should enable iQPS to quickly commission the satellite and start collecting information from areas of prime interest to its customers.

Virgin Orbit CEO Dan Hart said: “The iQPS team is on the cutting edge of space technology and their products are critically needed to provide new capabilities for: disaster prevention, infrastructure management, agriculture, marine/fishery, and the realization of autonomous driving.

“Coupled with LauncherOne, trailblazing operators like iQPS can tailor their launch needs around their mission, and not the other way around, serving their customers from the outset.”

The QPS-SAR-5 satellite is expected to have an important role in facilitating near real-time earth observation by iQPS’ Synthetic Aperture Radar (SAR) constellation.

The Japanese institute is said to enable the development of small, high-performance SAR satellites by using a unique deployable antenna that is large but easy to stow, while weighing 10 kg.

iQPS’ SAR satellite is also said to have the ability to penetrate clouds and take high-resolution images in adverse weather conditions as well, which allows for frequent and crucial earth observation missions.

The Japanese institute intends to set up a constellation of 36 satellites. This is expected to enable specific locations to be observed from almost everywhere in the world in about 10 minutes or every 10 minutes to a fixed area for observation.

iQPS CEO Shunsuke Onishi said: “In Japan, Oita Prefecture and Virgin Orbit have announced a partnership in April 2020 to launch satellites after 2022 from the Oita Airport Spaceport, and plans are currently underway.

“The founders of iQPS, who started the company with the goal of establishing a space industry in Kyushu, have a strong passion to ‘launch satellites manufactured in Kyushu from Kyushu’. We hope that this launch agreement between Virgin Orbit and iQPS will be a positive step toward the early realization of the Oita Spaceport.”

In March 2022, Virgin Orbit signed an agreement with Space Forge to launch the latter’s satellite into space in summer 2022.