Unusual ways of using data: From ‘Fitbits for cows’ to music composition

The world of big data is not limited to business cases - the power of machine learning has been used to advise farmers and compose chorales, as broadcaster and maths professor Dr Hannah Fry points out 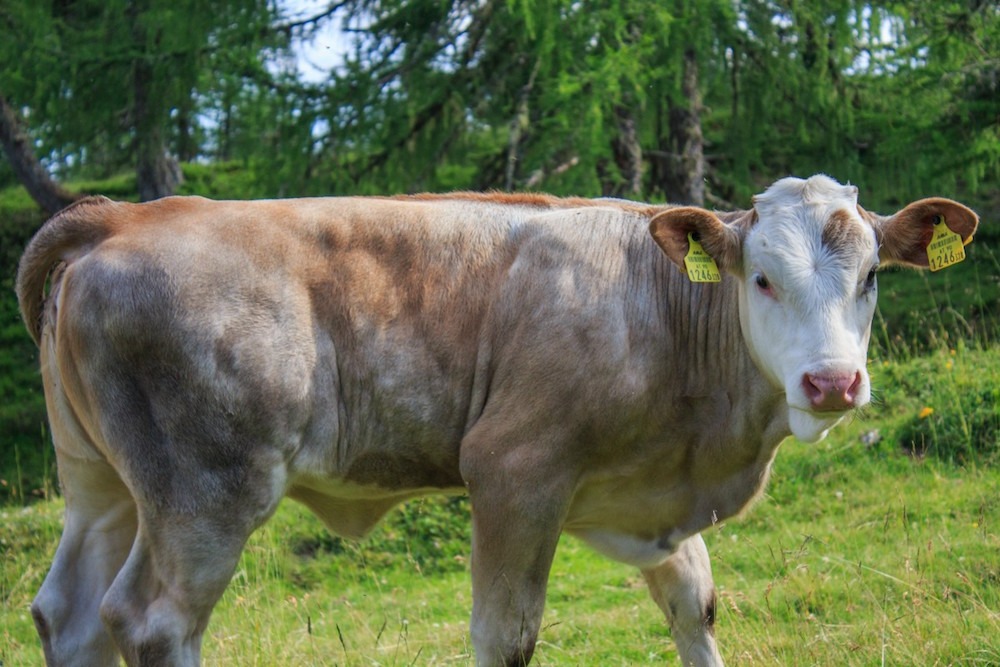 It’s recognised that analysing big data sets to reveal patterns and trends is traditionally the realm of banking, business and computer science.

However, the use and usefulness of data has stretched far beyond these areas, and the application of data analytics and machine learning have sprung up in many unusual places.

Using a flock of pigeons to detect malignant tumours

A study into the diagnosis of breast cancer in 2015 decided on unusual test subjects for its experiments.

Scientists from the University of Iowa, in the US, took 16 pigeons and trained them to decide whether mammograms showed malignant or benign tumours.

The pigeons were able to provide their diagnosis by pecking on the left or right of the screen and were rewarded with food for a correct answer.

After two weeks of training, the birds were able to correctly identify the tumours in 85% of cases and, if a group average was used to “flock-source” the diagnosis, the accuracy increased to 99% – which is comparable to a fully trained pathologist.

Creativity is often considered a human domain and something that computers are not capable of.

However, with the correct data, it is possible to make an algorithm come up with a convincing imitation.

David Cope, a music professor at the University of California, has been working at the intersection of music and AI since the 1980s.

In his study, Experiments in Musical Intelligence, he began by inputting the large body of work of famed German composer Johann Christian Bach as data into a computer programme.

The AI then used the laws of probability to compose a simple arrangement by calculating which chords were likely to follow the first.

The result was convincing enough to fool half the audience at the Gartner event in London that the machine’s rendition was actually composed by Bach.

Another unlikely example of how invaluable data can be is in the dairy industry.

Female cows provide much greater profitability for dairy farmers than bulls – given that only one of them can produce milk.

The laws of nature suggest that the likelihood of a cow giving birth to a male or female calf is roughly 50/50.

However, scientists found these odds vary dependent on when the calf is conceived.

In order to increase the chances of a cow conceiving a female calf, a farmer should artificially inseminate the cattle as soon as it goes into heat.

A key sign that a cow is about to go into heat is that it becomes more active and begins pacing the field.

This has led some dairy farmers to put pedometers on their cattle to determine when is best to artificially inseminate them.

Data from the pedometers is sent to a computer, running a simple machine learning algorithm that will notify farmers when the cow has gone into heat.

A number of businesses, such as Afimilk, develop neck and leg sensors – dubbed “Fitbits for cows” – to aid farmers.

Warnings of over-reliance on data

Big data and AI are two of the business buzzwords that are currently dominating the discourse.

Although they have the potential to transform many industries – with business insight firm Gartner predicting AI will deliver $2.9tn (£2.2tn) in business value by 2021 – Dr Fry was keen to remind the audience of their limitations.

She said: “If you take a sheep and put it in an unusual situation, image recognition software labels it as a cat sitting on a wooden fence.

“If you take a goat and put it in a tree, the algorithm thinks it must be a bird.

“The point I’m trying to make here is that we have these machines that can do some really remarkable things but they’re also capable of making mistakes because they don’t see the world in the same way that we do.

“If we put flawed machines in positions of power, we have to think very carefully about what happens when things go wrong.

“We need to acknowledge the fact there are things that humans are bad at and build our technology around those things.”