The investment by the LGES and GE JV will increase battery production at the Ultium Cells Spring Hill plant by over 40%, from 35GWh to 50GWh 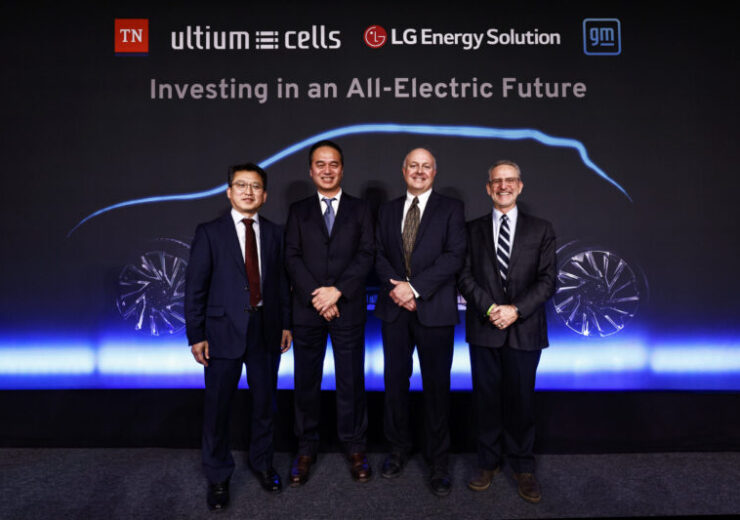 The investment will boost battery production at the Ultium Cells Spring Hill plant by over 40%, from 35GWh to 50GWh.

The expansion project is anticipated to generate 400 additional jobs.

Tennessee Governor Bill Lee said: “As Tennessee continues to lead the automotive industry, we proudly welcome additional investment and job creation from companies around the globe.

“I thank Ultium Cells for investing $275 million in Spring Hill and look forward to new opportunities for Tennesseans across Maury County.”

The battery cell production at the plant is anticipated to commence in late 2023.

The Tennessee facility joins two other battery cell manufacturing plants of Ultium Cells, which are located in Ohio and Michigan.

The Ultium Cells plant in Warren, Ohio started production of battery cells in August 2022, while the company’s Lansing Delta Township facility in Michigan is currently under construction and is slated to begin production in late 2024.

Once the three battery manufacturing facilities operate at full production capacity later this decade, Ultium Cells expects to have a battery cell capacity of more than 130GWh.

“Ultium Cells is taking the appropriate steps to support GM’s plan for more than one million units of EV capacity in North America by mid-decade.”