Uber cash payments could be rolled out in more countries, as the ride-hailing app recognises people are still carrying and paying with cash 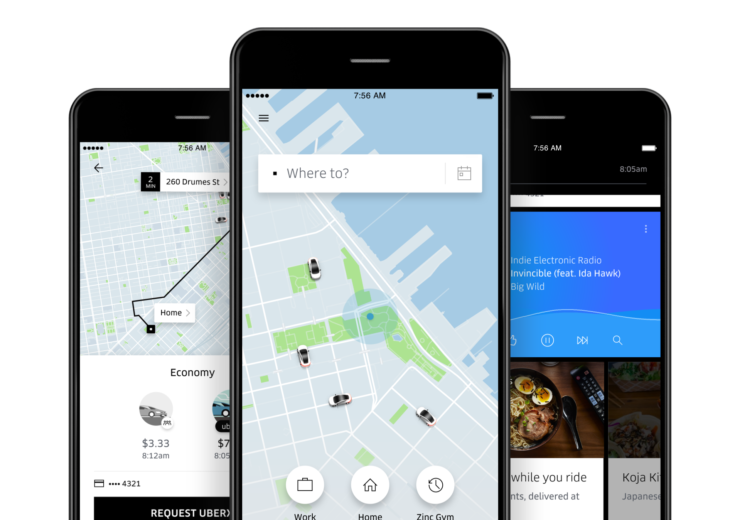 Uber has pioneered the on-demand and sharing economy

It’s one of the key players in edging us towards a cashless society – but Uber cash payments could soon be available in more cities across the world.

The ride-hailing app, whose business model has always been to offer quick and cashless payments, already offers the service in 51 countries.

Now, the Uber cash payments system could be made available in more locations, one of its employees said during a talk at the Women of Silicon Roundabout conference in London last week.

Uber’s product designer Femke van Schoonhoven said: “We’ve launched ‘cash’ in 51 countries all over the world and we are continuing to grow into new markets.

“We’re so excited about the potential of cash coming to the UK and what is has to offer, not just for us as a business at Uber, but also for our drivers and riders, as well as for earnings and potentials.”

A spokesman for the company said there were no plans for it to be rolled out in the UK any time soon though, with the feature launched in Manchester two years ago but halted in May.

But Ms Schoonhoven was keen to highlight how Uber cash payments have helped the business and improve mobility in other locations to date.

The private hire firm, which launched in the UK back in 2012, has already introduced cash payments in 51 countries, including Mexico, Singapore and India.

India was the first country where Uber cash payments were enabled in 2015, and it now gets almost 65% of its payments in cash.

Another country with a huge market for the service is Brazil, where more than 25% of rides are paid for in cash.

Speaking at the Women of Silicon Roundabout conference, Uber’s product designer Ms van Schoonhoven said: “Our mission with Uber is to make transportation as reliable as running water everywhere and for everyone.

“Before we introduced cash, we only had digital payment methods, so of course to achieve our mission we started to launch Uber ‘cash’ in markets all over the world.”

After years of paying for Uber trips using cards through the app, it could soon bring its cash payments service to the UK, whilst there’s a lot of risks and regulations to consider, it could be a step forward for the taxi firm.

Ms van Schoonhoven said: “We realised there was a whole segment of people who didn’t use Uber because they didn’t have digital payment methods.

“We realised we were launching a product that a lot of locals couldn’t access, which was a big missed opportunity for us.

“So we knew that we had to consider those who don’t have access to a bank account and rely on cash as a daily method of payment to pay for their goods and services.”

Uber looked further into global cash usage to find out how many people were making transactions through credit cards, debit cards and using cash to make payments.

Ms van Schoonhoven said the company’s research showed that cash payments were something that needed to be explored.

“We started by looking at the global usage of cash,” she said. “We assumed that a lot of people were still using it, but was that actually true?

“In the last year alone, 15.1% of the global population had used a credit card and 23.2% used a debit card – which meant that 61.7% had used cash as a payment method at least once.

“We knew that cash was a big opportunity as people were still using it daily and we decided to launch ‘cash’.”

Accepting cash payments was still a dangerous territory for Uber drivers and Ms van Schoonhoven believes the company found the safest process for both the drivers and riders.

She said: “What the experience looks like on the driver’s side is, as a driver is approaching the drop-off location, the app will show a small cash symbol to help prepare for the cash exchange.

“As they get closer to the destination, we ask them to collect cash from the rider and tell them how much to ask for.

“We also offer a detailed summary in case the rider has questions about how the fee was calculated.”

What are the other risks of Uber cash payments?

Before Uber cash payments were an option, users had to select a digital payment method and, through their card, the company would verify the person’s identity.

But now it offers cash, riders can sign up and take a trip right away without Uber really knowing who they are.

Now, if users want to sign up and pay using cash, the app would need to consider other means of verifying the customer’s identity.

Ms van Schoonhoven said: “We launched this experience, but it came with some safety concerns.

“The thing with a cash payment method is that riders can sign up anonymously to use Uber.

“Drivers had some concerns over this, and we asked ourselves how can we make sure that cash payments are a safe experience for us all and want to share three initiatives that we did to address safety in cash.”

The first safety check Uber does is called the “social connect”, which involves asking users who want to pay using cash to connect to their Facebook account.

This is a way for the company to verify the person’s identity, and also gives drivers peace of mind that the rider has gone through some kind of verification process.

A second feature it launched is called “underpayments” and this is beneficial to the driver.

When a customer might not have enough cash to pay for the trip – perhaps the trips might have ended up costing more than they expected – the driver can report it in the app and Uber will settle it separately.

The last process is known as “credit exchange”. This is a case where the driver might not have enough change to give to the rider, they can report it to the app and Uber will give change back to the rider as a form of credit, which they can use for their next trip.

Ms van Schoonhoven added: “The last two initiatives will help and lead to less disputes between the rider and driver.

“They will also take the friction out of the trip experience and we can settle it outside of the app.”