Toyota Motor to invest $3.4bn in US towards automotive batteries

The company’s North American unit will establish a new entity for jointly constructing an automotive battery manufacturing plant in the US with Toyota Tsusho with an investment of $1.29bn 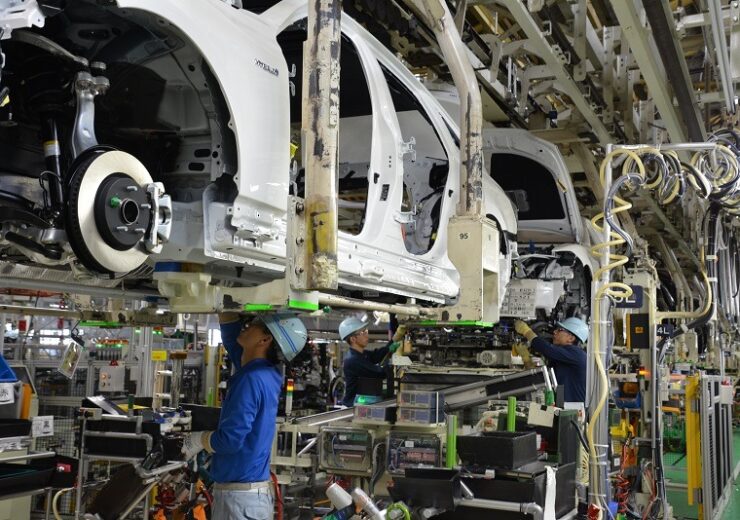 Toyota Motor to build a $1.29bn automotive battery plant in the US. (Credit: TOYOTA MOTOR CORPORATION)

Japanese auto manufacturer Toyota Motor said that it will invest around JPY380bn ($3.4bn) in the US through 2030 in automotive batteries.

According to the company, the investment will be specifically directed towards developing and localising the production of the batteries, which include those used in electric vehicles.

It is part of the recently announced investment of around JPY1.5 trillion ($13.5bn) by the company. It will be used towards global battery development and production to help the company achieve carbon neutrality.

The company said that in order to drive localisation of battery production, its North American unit will set up a new company for jointly constructing an automotive battery manufacturing plant in the US with Toyota Tsusho.

The investment will be used for developing land and build facilities while generating 1,750 new jobs.

“This investment will help usher in more affordable electrified vehicles for U.S. consumers, significantly reduce carbon emissions, and importantly, create even more American jobs tied to the future of mobility.”

It will initially focus on the production of batteries for hybrid electric vehicles.

Toyota Motor said that more details of the project, including information about its location, business structure, and production capacity will be released at a later date.

In the US, the company is aiming to sell 1.5-1.8 million electrified vehicles, including zero-emission vehicle models.

Toyota Motor said that electrified vehicles currently constitute almost 25% of its US sales volume, which is likely to move up to around 70% by the end of this decade.