The new Tottenham Hotspur Stadium will bring £300m in benefits – but will it leave the high street behind? 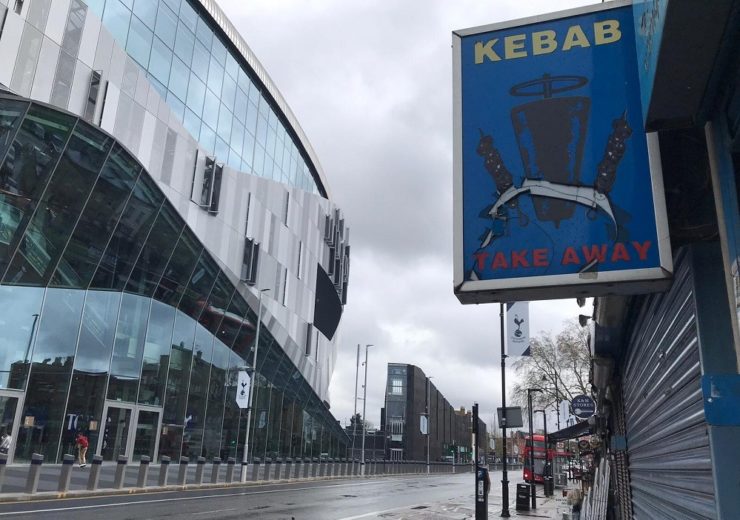 With a near-£300m annual investment on the way, Tottenham Hotspur FC has promised regeneration will follow the opening of its new ground. Sam Forsdick finds out whether the small businesses that line the streets around the £850m stadium are optimistic the economic impact will be shared by all

This evening, Tottenham Hotspur will settle into their new home, roughly on the same site of White Hart Lane – the stadium where the club played for 118 years prior.

With almost a year of delays and an extended stint in Wembley Stadium, which temporarily housed the club, fans will be eager to see their team play on the new pitch.

Almost £300m a year has been promised in investment for the area surrounding the 62,062-seater Tottenham Hotspur Stadium – including more than 1,000 new homes, many of which are “affordable”, two schools and a 180-room hotel.

But there is a fine line between regeneration and gentrification.

A football club on the high street

The £850m stadium is unique for a team in the English Football League in the fact it’s located on a high street.

This makes the stadium’s impact off the pitch just as important as what happens when star players like Harry Kane and Deli Alli step on to it.

While Spurs supporters will pray the new ground can bring their team back to winning ways, the shops, pubs and restaurants adjacent to the stadium will hope for their own success too.

More than 70 businesses were moved ahead of the redevelopment following compulsory purchase orders, while hundreds of homes were slated for demolition.

Sam Patel, 32, manager at nearby convenience store Mia’s Food and Wine, says: “When they moved people out from the houses around the ground we lost a lot of regulars.

“There was a big drop in business when they moved to Wembley, the roads were closed and there were roadworks the whole time they were building the new stadium.”

Rumours of further redevelopments and demolitions have left residents feeling uncertain and stressed as the club continues to buy up property.

But in the near-term, Mr Patel hopes that having 62,000 fans descending on the area for matches like tonight’s Premier League game against London rivals Crystal Palace will bring a welcome boost to his business.

He adds: “It’s better for business, with more fans coming.

“I’m positive now. When the fans head to the game they buy soft drinks, sweets and crisps – when the game finishes they come in for the alcohol.”

The club is located in Northumberland Park ward, the fifth most socially-deprived ward in London, and the area of Tottenham has borne witness to two riots in the past 30 years.

Donna-Maria Cullen, executive director of Tottenham Hotspur, says: “Over three-quarters of those who live in the area claim social benefits.

“So as a club, we have always had corporate social responsibility in our DNA and we want to use football to do something far more than sport.

“The area we work in is in such dire need of help that we find there aren’t enough hours in the day to run the projects we want to do.

“What we can do, on a macro scale, is deliver the stadium and start regeneration.”

The club has promised to invest £293m a year into the local economy and create 3,500 new jobs.

The project has also galvanised local government, with Tottenham MP David Lammy saying: “This is probably the most exciting period in my 18 years as an MP.

“I’m not just speaking for myself as a Spurs fan but I speak for all of my constituents – this stadium is going to make a massive difference to the people of Tottenham.”

Councillor Charles Adje, cabinet member for strategic regeneration, says: “The new stadium – and development around it – will provide jobs, housing, and a major economic boost to the area.

“Alongside this, the council has committed to delivering thousands of new homes in North Tottenham to meet urgent need, including a large contribution to our pledge of delivering 1,000 new council homes by 2022.

“Our number one priority is that any change in Tottenham works for our existing residents and businesses – they are at the forefront of all of our plans and always will be.”

However, for 49-year-old Vincent Douglas, a partner at the Brown Eagle, a Jamaican restaurant that looks onto the new stadium, the proposed benefits hang in the balance.

He says: “It just depends on how the changes have been made and the intention of the developer.

“I know there will be a lot of changes but if they are intended to support local businesses, then the new stadium will be good for the area.”

Despite Tottenham temporarily relocating to Wembley Stadium, over 12 miles away in North West London, Mr Douglas has not noticed any negative effects to business so far due to the 3,800 builders working on site during the peak construction period.

He adds: “Custom has stayed the same because the builders that worked on the site came for food here.

“Fewer people have been coming to the bar but that has been made up for in terms of food sales – it’s just a matter of striking a balance.”

She says: “Local food businesses have had a fantastic two years because they’ve had trade every single day as opposed to every other weekend when we’re playing football.”

However, things may change following the full opening of the new stadium, which comes complete with 60 food and drinks outlets.

Tottenham Hotspur hope the food on offer will cater to every taste with street food-style restaurants including Linesman fish and chips, Naan and Noodle, N17 Grill and Smashed Olive, which offers vegan options.

They will provide direct competition to the numerous chicken shops and takeaways that sit on the opposite side of the road.

“I am not concerned about the competition in the stadium because the capacity is double what it used to be,” he says.

“We know that there will be a lot more people coming into the area and it won’t take many of them to come here before the place gets full.”

Where will Spurs fans go for a pre-match drink?

The club is also hoping its competitively-priced beers – which are filled from the bottom-up in an innovative pouring system – will tempt fans away from their regular watering holes.

The 65m-long Goal Line Bar is the longest in the country and the stadium is the first to house a micro-brewery on site.

The club claims the decision to host a Beavertown brewery – a North London beer company that is part-owned by Heineken – inside the stadium reiterates its commitment to local business.

But this fact is likely to escape fans eager to taste the craft brewer’s Spurs-themed beer, which is currently in development.

Logan Plant, founder of Beavertown and son of Led Zeppelin lead singer Robert Plant, says: “We are thrilled to be part of such exciting times for Tottenham Hotspur.

“The new stadium is a real testament to their vision of creating a world-renowned football experience and we can’t wait to serve our range of fresh and delicious beers to the Spurs fans.”

With so much happening inside the stadium – how can the pubs outside hope to compete?

Frederico Gaia, 24, who has managed the No.8 pub for six years, claims to have “seen all the changes”.

He says: “It used to be very busy on match days. We get a great atmosphere here but obviously we have been missing the fans for the past couple of years.

“Now we know the stadium is ready and as tonight is the first match, we are super excited.

“The legends game and under 18’s game were really good fun and we’re pretty sure it’s going to be very busy again tonight. It will be good for business.”

Like Mr Douglas, he is undeterred by the scale of the operation inside the stadium and its £4 pints.

Mr Gaia says: “With the new stadium holding 62,000 people, it should be enough business for everyone.

“I’m sure there will be a lot of people that leave the pubs early to have a look at the stadium but that’s understandable after such a long wait.

“The atmosphere you get in a pub offers something different and people will keep going to the locals they have been visiting for years to remember the great times there.”

Although some fans reported teething problems with the new stadium’s bar, many will be keen to see the new facilities first-hand.

He says: “I was there for the second test event and longest bar was rammed. I’m not sure I’d go there over local pubs.

“But I might stick around at the stadium afterwards in the bars as they are going to stay open, and it means the queues for transport will die down.”

The new stadium is anticipated to attract 2.5 million visitors each year, which local businesses hope will provide a positive economic impact that will be felt throughout the area.

Whether the prosperity will be felt outside the walls of the stadium remains to be seen.